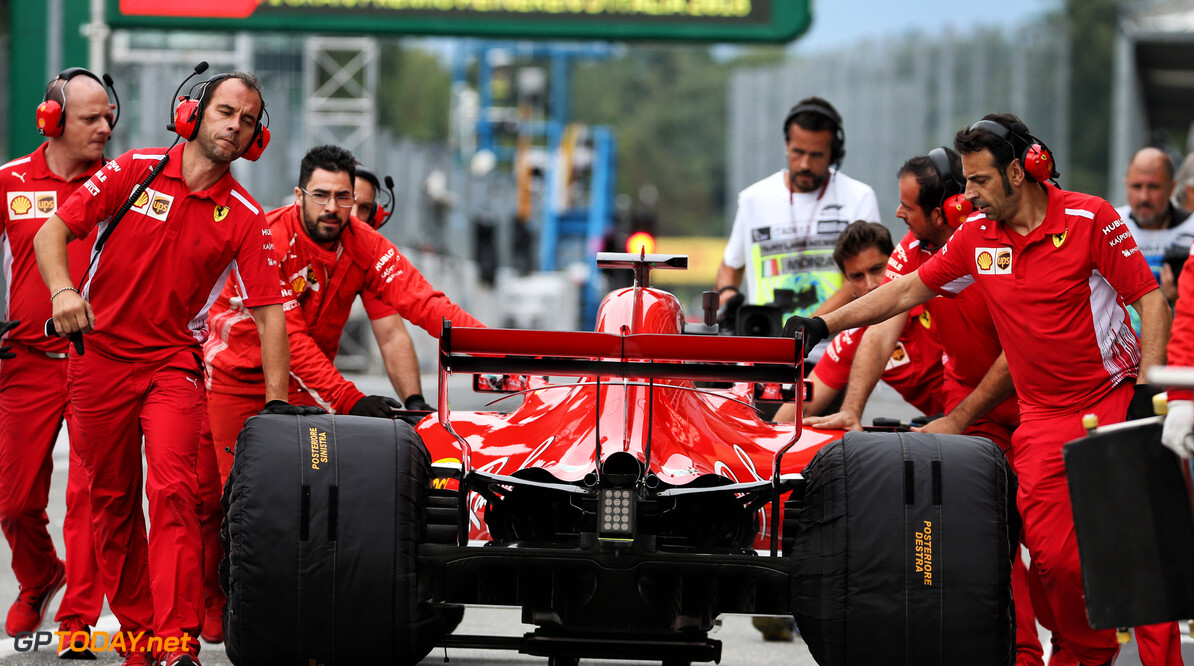 Sebastian Vettel has topped the second practice session with a lap time of 1:21.105 at Monza despite struggling throughout the session. The German ran very wide through the Parabolica corner twice, before spinning around completely on his final hot lap.

Vettel glided through the gravel trap before lightly tapping the barriers, but got away with no major damage. However, Marcus Ericsson wasn't so lucky, as a DRS failure caused him to spectacularly exit the session in the early stages.

The Swede was able to jump out of his stricken car unaided and was brought to the medical centre. Sauber continued to suffer from DRS issues throughout the session as Charles Leclerc also had problems with the rear wing.

Ferrari enjoyed a one-two at the end of the session, with Kimi Raikkonen finishing in P2. Mercedes ended the 90-minute session in 3rd and 4th, with Lewis Hamilton heading his teammate Valtteri Bottas.

Red Bull is expecting to be out of contention this weekend due to the demand on straight-line speed, and Max Verstappen ended his Friday running in 5th place, over a second down on Vettel. His teammate Daniel Ricciardo followed, however the Australian will take a grid penalty this weekend.

Force India will be pleased with its result as it ended up as the 'best of the rest'. Esteban Ocon was 7th, only marginally ahead of teammate Sergio Perez in 8th. Charles Leclerc was ninth, while Nico Hulkenberg, who will start Sunday's Grand Prix from the very back of the field, rounded out the top ten.

Romain Grosjean and Kevin Magnussen were P11 and P13, with Carlos Sainz lodged between the two Haas drivers. Pierre Gasly followed, while his teammate Brendon Hartley was two places down on the Frenchman.

Toro Rosso mechanics were spotted working on Hartley's power unit at the end of the session. Williams, who hasn't bagged points since Azerbaijan, were P15 and P17. Sergey Sirotkin was ahead of Lance Stroll, who is set to make a mid-season switch to Force India.

McLaren is in for another tough weekend as it ended the final Friday outing as the slowest to set a lap. Fernando Alonso and Stoffel Vandoorne only ended ahead of Marcus Ericsson, who failed to put down a lap time.