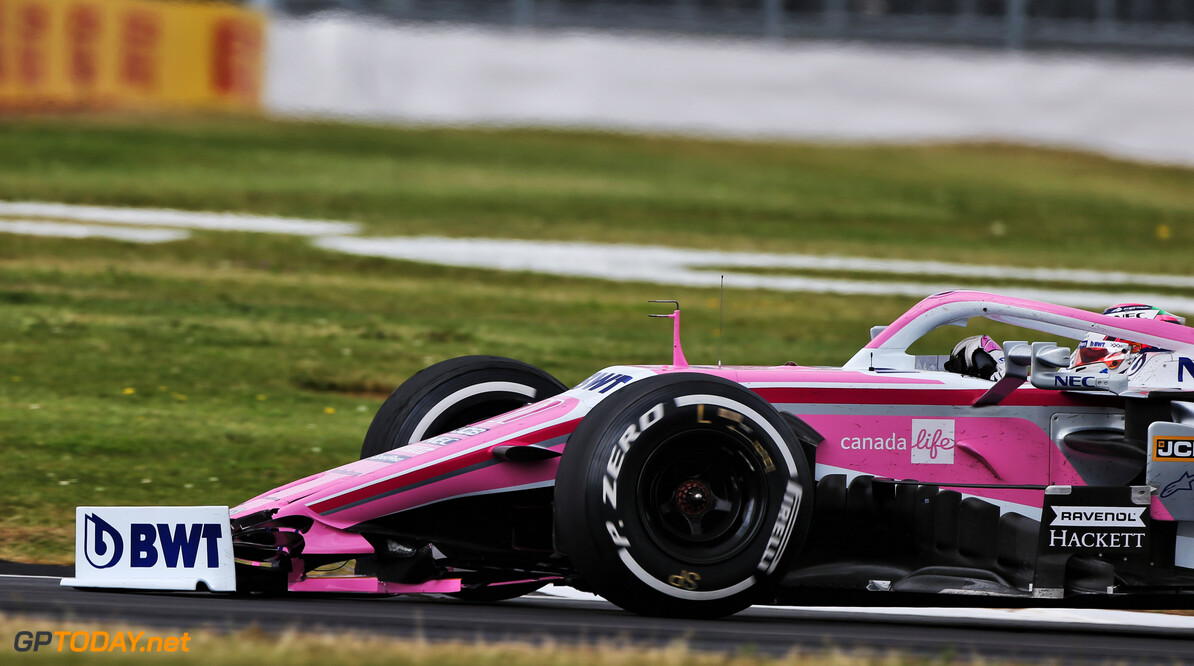 Sergio Perez says an issue with his steering wheel that didn't allow him to change his brake balance resulted in him hitting Nico Hulkenberg during the British Grand Prix.

The two came together at the safety car restart, which occurred after Antonio Giovinazzi spun his Alfa Romeo into the gravel.

"Everything was looking great. Today the team deserved a massive result," Perez said. "P7 was on the cards definitely, and then we missed the safety car by one lap.

"In the safety car period we had an issue with the steering wheel and I couldn't change my brake balance so I ended up with a massively forward balance.

"I couldn't stop the car and then I ended up hitting Nico, I really apologise to him. Nothing I could have done, just an unlucky day for us, we did a really fantastic day up to that.

"Today we seemed to have better grip than others. We did a good job with the balance as well. We were maximising our potential but things don't depend on me or the team."

Lance Stroll was left frustrated with his race result as he made a second pit stop towards the end of the race.

However, the drivers that he was fighting on similar strategies scored points, which leaves the Canadian to believe that a top ten finish was on the cards.

"We stopped with 15 laps to go," he said. "We did a two stop and the others did a one stop, the guys we were fighting, Kvyat and Raikkonen. I was in front of Kvyat with 15 laps to go and it looked like his tyres held on.

"I was pretty comfortable with my pace before we stopped so I don't know what the objective was to stop for a set of qualis with 15 laps to go and come back at the end."

While Raikkonen got to the end after making one pit stop, Kvyat made two stops, switching to the mediums on lap 15 before stopping again under the safety car for the hards.