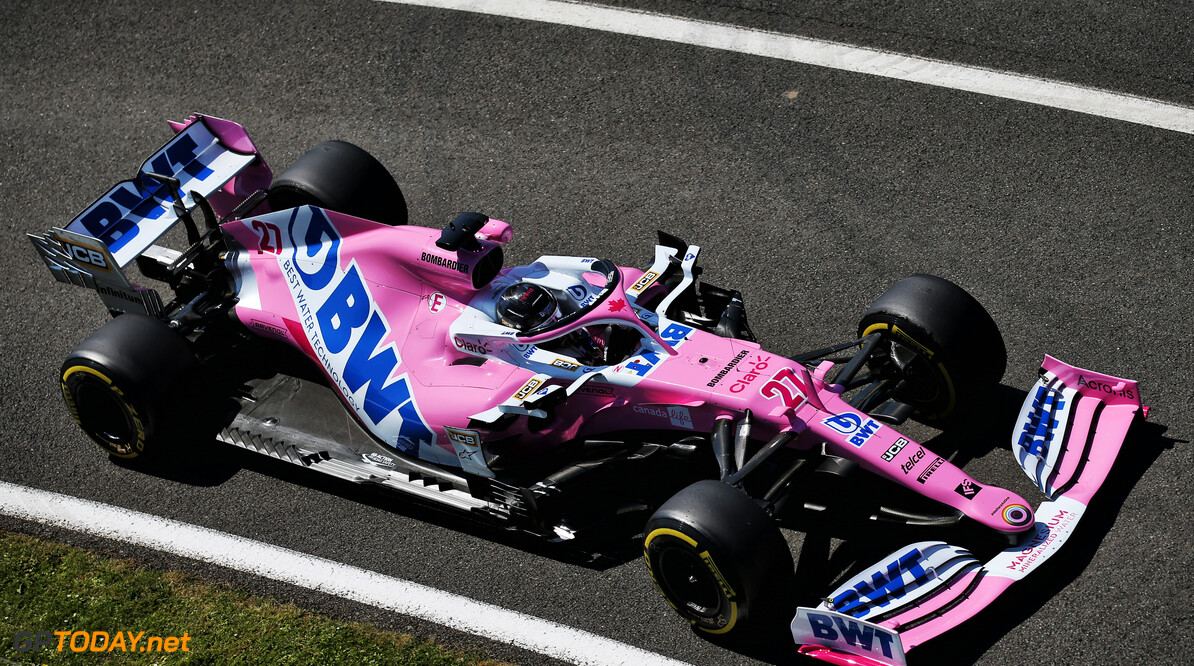 Racing Point's Nico Hulkenberg has explained the reason behind why he was forced to pit in the closing stages of Sunday's 70th Anniversary Grand Prix, revealing an issue with vibrations and blisters on the rear tyres as the problem.

Hulkenberg started well after qualifying an astonishing third for the team and despite losing third to eventual race winner Max Verstappen, the reserve driver managed to hold fourth for the majority of the race.

The team opted to put Hulkenberg on a one-stop strategy but as the race neared it's conclusion, it was clear that he would not be able to do so and pitted in the closing laps for a change to soft tyres.

"We were forced to pit off the prime tyre," Hulkenberg revealed

"We had some nice, big blisters on both rear tyres and the vibrations get so quickly out of hand. Within just two/three laps it skyrocketed and I don't think the tyres would have survived until the end so it was a pity.

"The first half of the race was very under control and managed, for the second I just got onto the prime set, like a different set of tyres and a different compound and it just didn't work on that.

Hulkenberg going to be 'a bit sore' after Grand Prix return

Hulkenberg also spoke about how it felt to run a full Grand Prix distance in over six months, calling the race physically tough.

The race was Hulkenberg's first since his final race with Renault in Abu Dhabi last November, as he stood in for Sergio Perez for the second weekend in a row.

"Yeah it was tough," Hulkenberg added.

"Luckily these cars have the headrests quite close so I could rest my head a lot but the whole body, the back muscles, even the seat is tight around the glutes so I'm definitely going to be a bit sore."