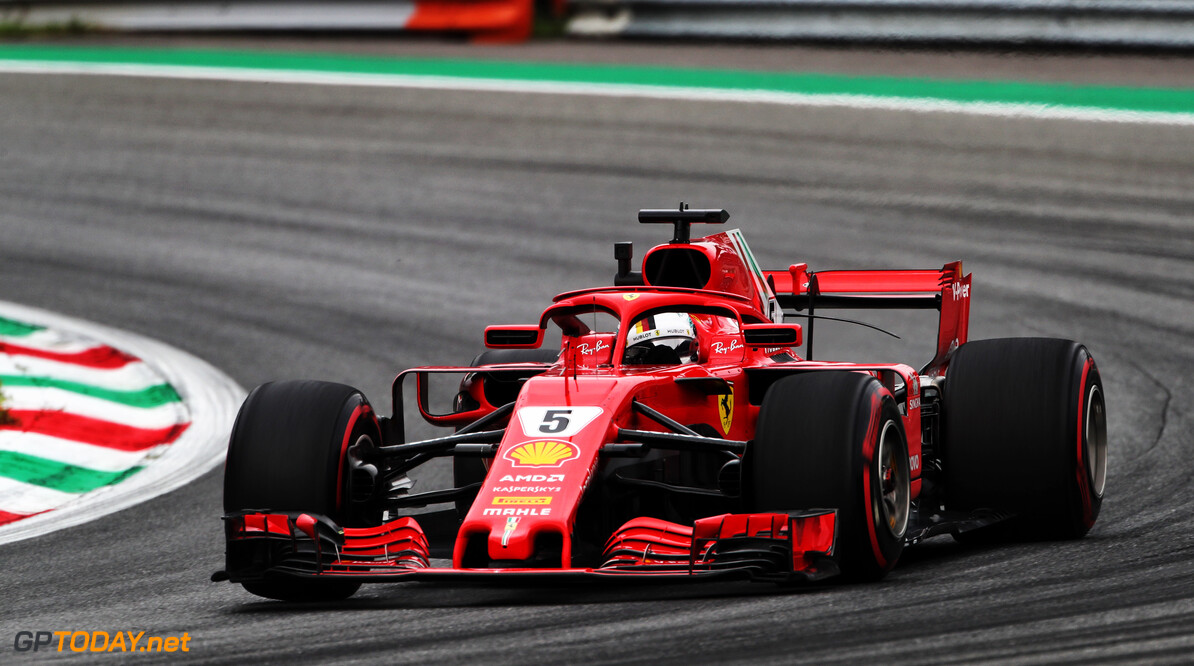 Sebastian Vettel has topped the timesheet following the final practice session ahead of the Italian Grand Prix. The German produced a lap time of 1:20.509, which was just under a tenth faster than rival Lewis Hamilton who ended up in 2nd.

Hamilton set multiple hot laps towards the end of the session but couldn't top Vettel's fastest time. A Ferrari and a Mercedes also filled out the next two spots with Kimi Raikkonen getting the better of his compatriot Valtteri Bottas.

While Raikkonen was under two-tenths away from his pace-setting teammate, Valtteri Bottas struggled to get close. The 28-year-old was over half a second down on both Vettel and teammate Hamilton.

Max Verstappen was 5th, while his teammate Daniel Ricciardo was 8th. The Australian will take a grid penalty following qualifying on Saturday afternoon, as he has gone over the allocated limit of engines for the season.

The battle for the 'best of the rest' looks to be between Haas and Force India. Kevin Magnussen and Esteban Ocon ended the final practice session in 6th and 7th, lodged in between the two Red Bull cars. Less than half a tenth separated the pair.

Charles Leclerc once again showed his speed by getting his Sauber high up the field. The Monegasque driver was 9th, ahead of Romain Grosjean who rounded out the top ten. The Frenchman pipped Sergio Perez to the position right at the end of the session

Following Perez in 11th was the Toro Rosso of Pierre Gasly. The Red Bull junior outfit is expecting to struggle this weekend with its Honda engine. He was in front of Renault's Carlos Sainz, with the French outfit not enjoying the final practice outing.

Sainz' teammate Nico Hulkenberg suffered from a DRS problem during the session. The rear wing failed to close, raising concerns after Marcus Ericsson was involved in a huge shunt on Friday after his DRS failed to close at Turn 1. The German will take a heavy grid penalty for Sunday, and ended the session in 19th.

Williams will be aiming to get out of Q1 after both of its cars finished the Saturday morning session in 14th and 15th. Sergey Sirotkin led Lance Stroll, with Ericsson following in 16th place.

McLaren once again appears to be struggling around the high-speed Monza circuit. Fernando Alonso headed Stoffel Vandoorne for P17 and P18, ahead of Hulkenberg and Brendon Hartley who rounded out the times.