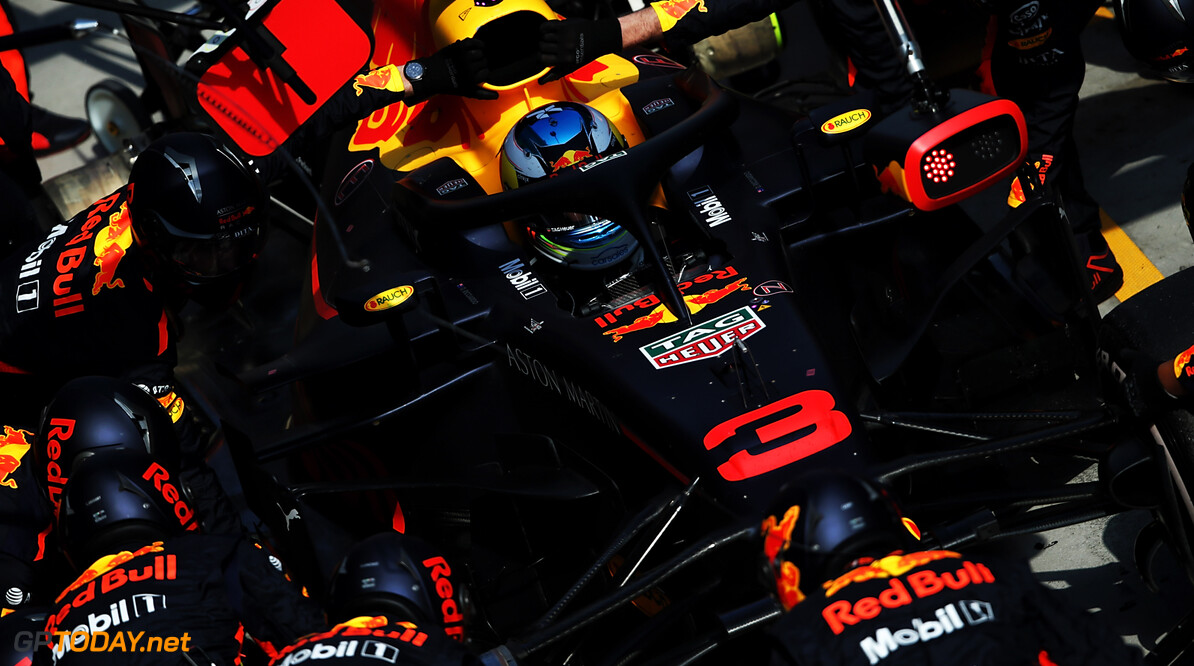 Rain hit the Circuit of Spa-Francorchamps in the final part of qualifying, opening up the opportunity for a few surprise results. As the rain hit the track, the Red Bulls were the first cars that made it onto the intermediate tyres, which put them in a good position to challenge for pole.

However, the rain eased off towards the end, and the Red Bulls didn't have enough fuel on-board to do another lap. To amplify their mistake, the new Racing Point Force India team had come into the pits much later, so together with Romain Grosjean, ended up ahead. Verstappen and Ricciardo qualified P7 and P8 respectively.

Verstappen said: “It is not ideal, at the time we thought we had the right strategy but in the last three laps it stopped raining. If you run out of fuel then it stops. We set up the car for dry because it will be dry tomorrow."

Ricciardo added: “It was all to do with the timing. It got drier at the end, we had done our laps at the beginning thinking it (the weather) was going to get worse so we were just unlucky I guess.

“It has just been a bit weird, the car didn’t feel it was doing much fundamentally wrong. It was a bit of a handful. We are trying to find a sweet spot but it has not happened yet. Now it is warm, it was freezing 15 mins ago. We were just a bit unlucky, tomorrow is another day.”