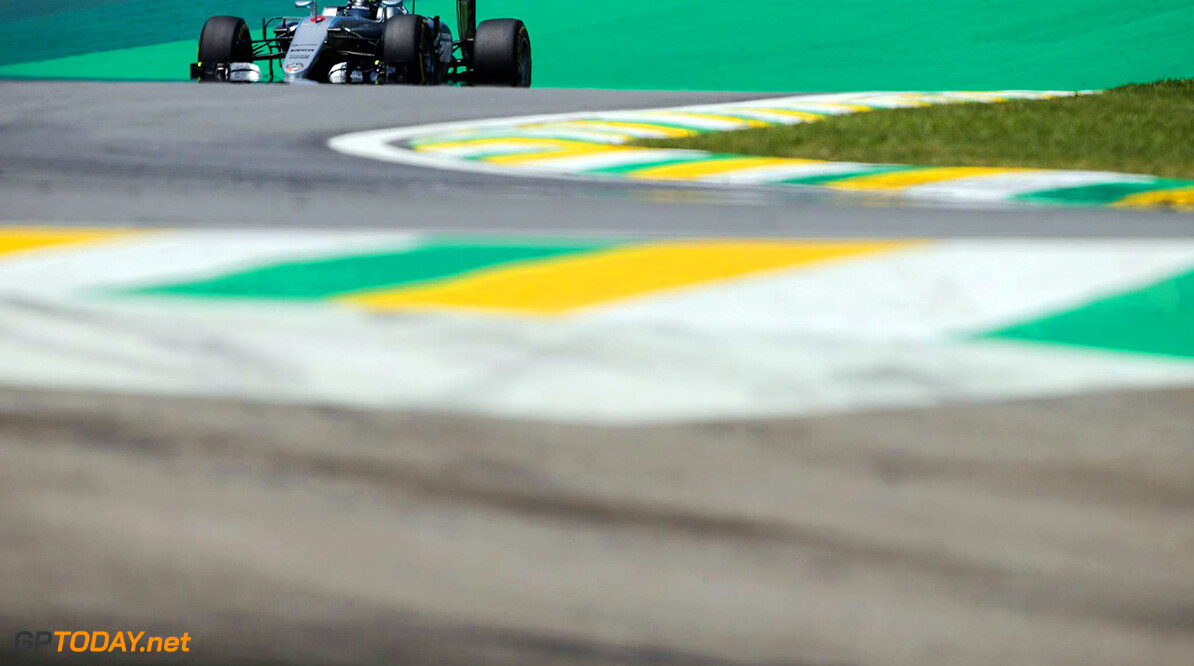 Nico Rosberg bettered championship rival Lewis Hamilton for the first time this weekend in final practice ahead of the Brazilian Grand Prix.

The German's time of One minute, 11.740 seconds was less than a tenth of a second behind Hamilton, who was the first driver to attempt a lap on slick tyres after the session began in wet conditions.

Ferrari finally found the pace they appeared to be lacking on Friday, with Sebastian Vettel third fastest and Kimi Raikkonen fourth, while Red Bull's Max Verstappen completed to top five, one spot ahead of team mate Daniel Ricciardo.

Valtteri Bottas was seventh fastest, with the top seven all covered by less than a second, while Renault's Jolyon Palmer finished the session in an impressive eighth.

Kevin Magnussen was 13th fastest, with Carlos Sainz separating him and his 2017 team mate Romain Grosjean, who incidentally was one spot higher than current Haas team mate Esteban Gutierrez, despite a bizarre spin late in the session for the Franco-Swiss driver.

Daniil Kvyat was 17th fastest, ahead of a struggling Jenson Button, Pascal Wehrlein who was ahead of team mate Esteban Ocon for the first time this weekend, Felipe Nasr, Ocon, and Marcus Ericsson.

Despite the damp conditions at the beginning of the session, every driver's fastest lap was set on the soft tyre compound.