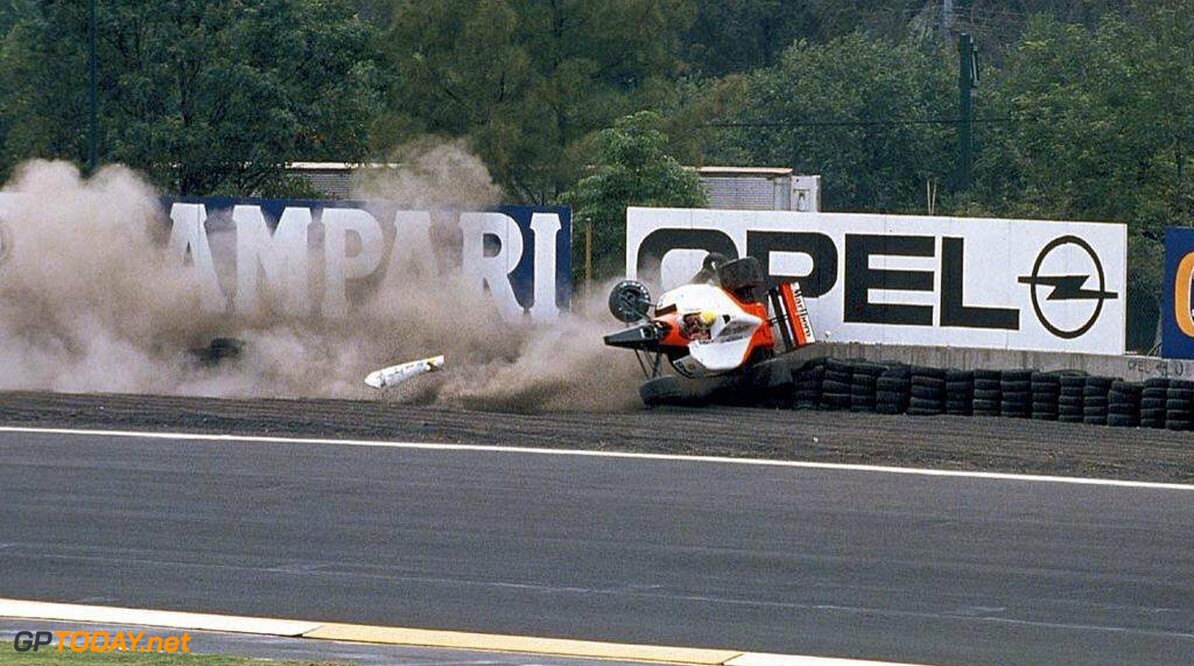 After four Grands Prix Ayrton's lead over the rest of the field was enormous. The Brazilian was no less than 29 points ahead, in this case of the non-competitive Ferrari of Alain Prost. It seemed to be a relatively 'easy' season for the Brazilian, but nothing could be further from the truth. During the summer period, which had its start in France, the McLaren proved not to have the speed and could be unreliable. The season took a totally unexpected turn.

In an interview with Canadian television, Ayrton was asked what his goal was during the Canadian Grand Prix, his answer was clear: "I hope I get the pole, get off to a good start and get lucky". All his wishes didn't come true: No pole position was achieved, Nigel Mansell was in the lead and Ayrton was out with an electrical problem. It was the first time the McLaren was out of the race.

In the end the problems could get even bigger, just look at Nigel Mansell. The Williams driver suddenly lost speed in the last lap of the race when he came out of the hairpin. Soon there were rumours that Mansell had a gearbox problem and had stopped the car or that he had accidentally turned off the engine while waving close to the crowd in the final lap. Mansell denied this by saying that the gearbox had gone into neutral when he downshifted. Williams then came up with the statement that the car had suffered an electrical failure. Technically this was true, but it was caused by Mansell's failure to keep the engine speed high enough to drive the electrical and hydraulic systems, which caused the gearbox to get stuck. When the car returned to the pits, the engine was restarted and the gearbox worked perfectly. Piquet took an unexpected victory, it would be his last in Formula 1. Jordan took its first points in Formula 1 with a fourth and fifth place for Andrea de Cesaris and Bertrand Gachot, which meant that the team no longer needed to qualify for qualifying as the entire grid would be rearranged in the middle of the season.

Mexico (On his roof)

After the disappointment in Canada, the Formula 1 circus continued its way to the Autodromo Hermanos Rodriguez. The circuit, then with the Peraltada-corner, is (as you know) above sea level. We have to admit that there's not much left of the former layout today. Ayrton had still made the best start in his Formula 1 career, but it was clear that the Williams-Renault team was somehow catching up. Ayrton would do everything in his power not to lose his grip on the championship. His 24-point lead over Nelson Piquet seemed like a big margin, but it wasn't. Piquet's Benetton couldn't directly be seen as a competitor for the title, but both Williams-Renault cars certainly were. On top of that Ferrari would have a brand new car for France on the grid. The Italians, led by Steve Nichols (friend and former colleague of Ayrton at McLaren), had already tested the new 643 extensively. To top it all off, Ayrton had injured himself during a jet-ski incident a few days before the Grand Prix. In the end, Formula 1 Doctor Sid Watkins approved him for the race.

On Friday the Brazilian had to pay for the race again. Ayrton, who expressed his concerns about the Peraltada-corner prior to the Grand Prix, went off and found himself upside down in the gravel at the corner. "It was terrifying. I was trapped upside down in the car. I felt panic because the car was leaking gasoline. I had the idea that things could go up in flames. I was squeezed in the car and I wasn't able to move or loosen my seat belts. An enormous effort was needed to remove the steering wheel and seat belts to get out of under the car. I think it felt just like taking a rabbit out of its hole." In the end Ayrton finished third in Mexico.

The European races, the traditional triptych France, Great Britain and Germany Ayrton only managed to score seven points. There was no measure on Nigel Mansell's Williams Renault that could show the class of the FW14, especially in this period. Mansell won these three races by force majeure and the British driver reduced the deficit in the championship to less than one Grand Prix victory. After the German Grand Prix Williams and Mansell were the favourites to win the title in 1991. Victories in Hungary and Belgium allowed Ayrton to score twenty points, Mansell scored only six points with a second place in Hungary. The lead at the start of the Italian Grand Prix was 22 points in favour of the Brazilian.

Final part of the championship

Mansell won the race in Italy and Ayrton finished second. The next Grand Prix in Portugal was a 'make or break' race for the British driver. During the Portuguese Grand Prix Mansell's suffered a tyre mix up during his pit stop and he was disqualified. Senna finished second and secured the title. A victory of Spain at the Barcelona circuit brought the tension back a bit, but it was clear that Senna no longer had any competition from Mansell. The British driver spun in Japan and Ayrton was able to leave the victory to teammate Berger as a token of appreciation. Ayrton became world champion for the third time, and for the third time in four years in Japan. The last race of the season was the shortest ever. In Adelaide the race stopped after half an hour because of the heavy rainfall. Ayrton won, Mansell came second and Berger third.