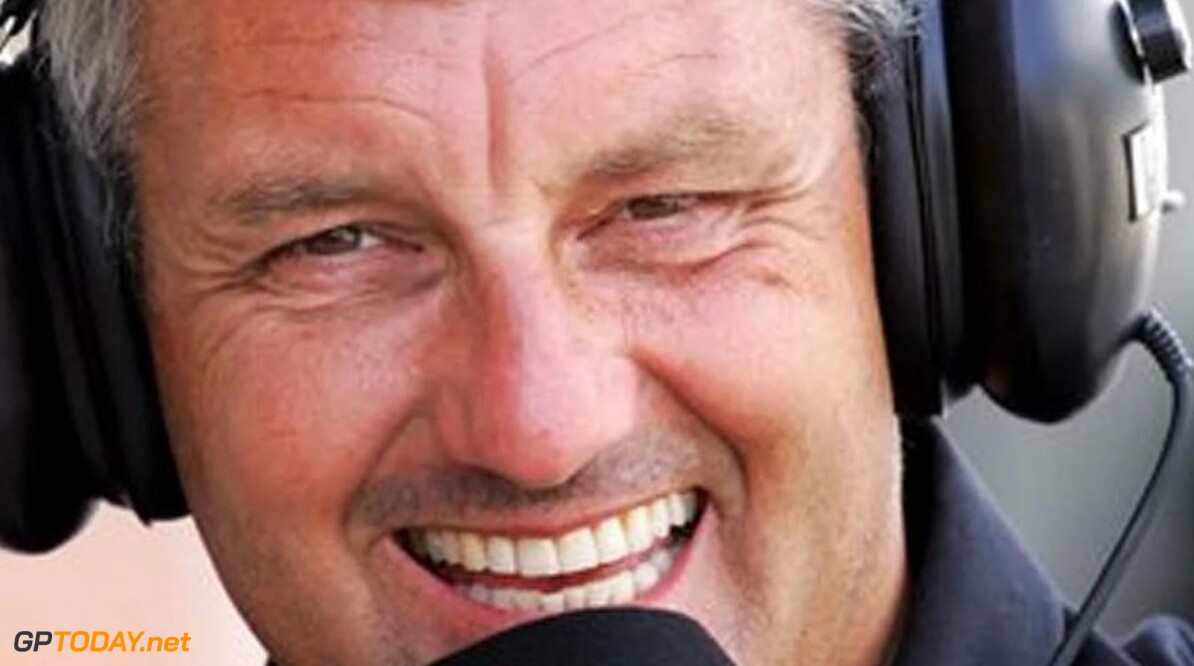 Allard Kalff was a commentator at Eurosport during the period 1992-1994. The Beverwijk born racing driver, analyst, reporter and pit reporter now has his own YouTube programme with Kees van der Grint. In their popular programme RTLGP Slipstream, they discuss the events iofmotorsport on a weekly basis. In an exclusive interview, Allard gives his view on the 1994 season, as we look at the fatal accidents at Imola and discuss the aftermath of these events.

The crash of Barrichello

We start with the question of what Allard can say about the weekend in Imola: "It was a strange weekend. On Friday you had the accident of Rubens, a spectacular crash." Allard then explains the reasons why it was such a spectacular crash: "The crash was heavy and it happened just before the pits so everyone heard it, saw it and got the blow. Everyone took a breath of relief because it was what it was in the end. On Saturday morning everyone was relieved that Rubens was doing well and that in fact nothing serious was going on. It's part of such a blow, but you don't want to go through too much."

Allard went on to say about that Saturday: "Then in the afternoon, you get the accident from Roland. That was very special for me personally, when I look back on it." Kalff was sitting next to John Watson in the commentary box at Imola at the time: "We were live, we were always live during the qualifying sessions, warm-up and race. I remember very well that there were three of us in the commentary box: John Watson, David Price and me. I just happened to talk to Dave (David Price) about it last year. Dave had a carbon fibre company, he produced it.

"Actually, you knew that Roland was dead instantly, you saw that, you knew that", he continued. "I don't know how to describe that, but the moment you saw that car, with that head on the side and that hole in the car, you knew it was done. Against your better judgment, you hope that it will not be too bad, which unfortunately wasn't the case.

Allard had a good, personal relationship with Ratzenberger: "I knew Roland for a long time. He prepared his racing car in my garden when he was driving at Zandvoort. When I was in England near Brands Hatch and Roland had to sleep somewhere, he slept on the couch.

Sid Watkins in the hotel

Watson and Kalff returned to the hotel in the evening: "In the evening I was having dinner at the hotel with John Watson and Sid Watkins was sitting at the table next to us. He drank his glass of whiskey and I had a chat with him about the situation regarding Roland and how bad it is to lose someone. John then said to me: "Allard, Roland is dead, he couldn't be saved. But Sid did save Rubens' life, so he did a good job. Unfortunately, Roland could not be saved.

"So that was Saturday night, when we made up the damage: We had one injured driver and one deceased driver." Allard explains his relationship with Barrichello: "I also knew Rubens from a long time ago. I knew him from his very first meters in Europe. I was at his first test in an Opel Lotus at Zandvoort, where he drove Jan Lammers' car. I had experienced a lot with Roland in the years that he drove Formula Ford. It was Saturday night and the next day the race still had to start."

The next day Kalff and Watson returned to the circuit: "On Sunday I always had my ritual. I had a cup of tea with Williams. I sat there and then Ayrton came in, we had a little chat." Allard met several people in the paddock: "I've also been talking to David Brabham for a long time, this boy had just lost his teammate. Then I spoke to Simtek's team manager, Charlie Moody, all of whom were downers."

Allard goes on to talk about a terrible coincidence he had experienced with Humprey Corbett, Roland's racing engineer: "Then I met the Humprey Corbett, Roland's racing engineer. I talked to him for a while and Humphrey was down. Humprey was also the racing engineer of Paul Warwick's car (Derek's brother). He rode his race in the Briste Formula 2 championship at Oulton Park, he also had a fatal accident. After that accident I was talking to Humphrey as well, I was there too. That day I went to see Paul, who came to race at Oulton Park." Allard then shows us a picture of JJ Lehto, Paul Warwick and himself during a 1987 Euroseries Formula Ford race at Mondello Park.

"So I had been through a lot with Humphrey, it was also the car where Ron Meadows was chief mechanic. It was a strange situation at Simtek, everybody was 'down' and then we went racing.

Allard is partly responsible for the fact that the drivers Piers Courage and Roger Williamson received a monument at the Circuit of Zandvoort. Courage crashed in 1970 at the age of 28 at Zandvoort. The 25-year-old Roger Williamson died three years later. Allard still remembers Roland on 30 April: "A few days after the weekend at Imola I realised that Roland's death will always be overshadowed by Ayrton's death. I still remember Roland on the 30th of April, his date of death. That is what I do to this day. It's very bizarre actually."