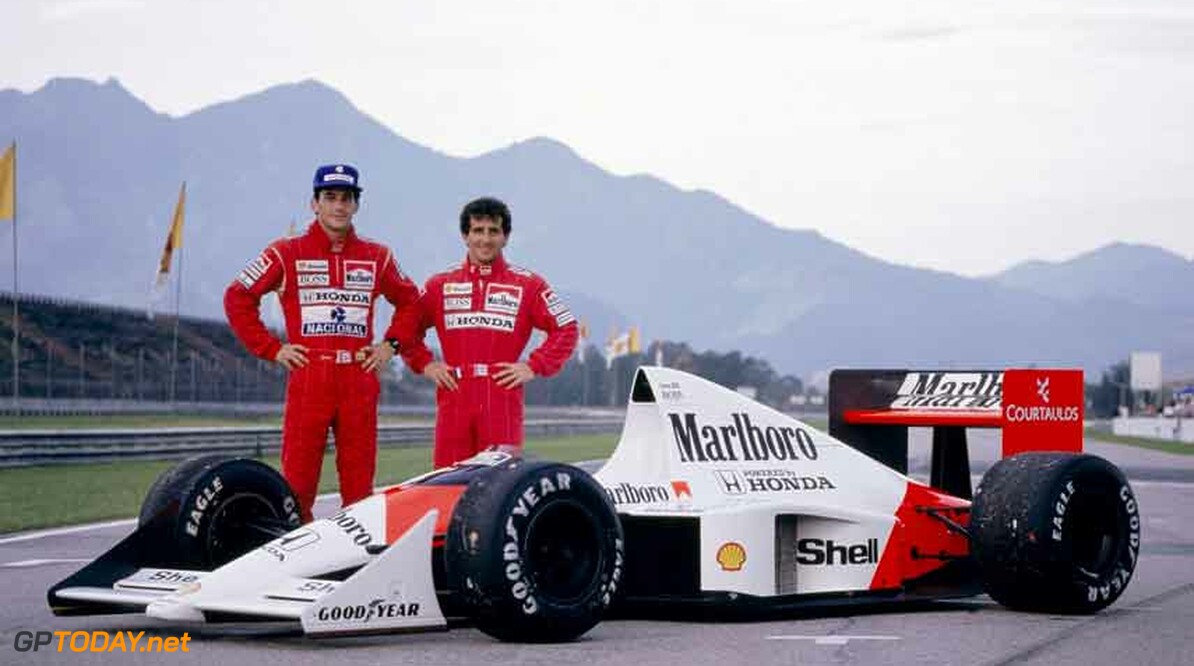 McLaren and Senna already had a history together before they announced their partnership at the Italian Grand Prix at Monza 1987.

Ron Dennis and Ayrton Senna came into contact in 1982 during the Brazilian's Formula Ford 2000 season. At the time, Senna asked Dennis if it was possible to have a test drive in a Formula 1 car. Dennis answered: "I would like to give you that option only under the condition that I pay you this season in Formula 3." Ayrton didn't want to make any deals and decided to make it clear to Dennis that he wasn't interested in this. "He had the opportunity and he wanted to be independent. I thought it was interesting, I didn't really like it but I respected it.

Ayrton was supposed to test at McLaren in 1983, we have paid extensive attention to this in a previous episode. Four years after this test Senna made his own approach to McLaren. Ayrton had a 'joker' up his sleeve. His pleasant relationship with Honda could also be interesting for McLaren. "All the big drivers are aware of the importance of a team, but they do everything possible to make it easy for themselves. He saw that McLaren was very competitive and wanted to participate. He offered us an alternative engine supplier in Honda. I then started the conversation with Honda and realised that I had an ally in Ayrton," Dennis said.

"I can remember the moment of the announcement to Phillip Morris in the paddock in Monza. I can still see all those faces in front of me. It was the first time I could see Alain to see if it was a good move. Alain was satisfied with the choice as we could also go for Piquet." Alain Prost later said in an interview that he convinced Ron Dennis to choose Senna: "Take the best, take Ayrton", he said.

Dennis also told an anecdote about the contract negotiations with Senna. "Ayrton had a fairly healthy hunger for money. We started concentrating on the compensation. We stuck at about half a million. Everything had to be black and white for Ayrton and eventually, we couldn't figure it out. I then said to him: Let's flip a coin. I could tell that he liked it. After a little discussion about who would do it, I threw up the coin and won the coin toss. What we hadn't discussed back then was the duration of the contract. In the end, it was a three-year deal, so it was a flip of 1.5 million dollars. I know people see this as a lack of respect for money, but in fact it was a great respect because it was the only way to get on together."

It took a long time for McLaren to put the Honda engine in its new chassis. Just one week before the Brazilian Grand Prix the car was ready to be tested. "The car was much too late", said designer Steve Nichols at the time. "I really wanted to do everything in my power to get the car ready to perfection," he said. From the moment the car first came onto the track, this impression was made. McLaren had done a number of shakedowns at the Imola circuit the week before the test.

The best lap of the test, in which McLaren also had an MP3/4B at its disposal, had until then been put in a Ferrari by Gerhard Berger. Berger, who had already driven thousands of kilometres in the F1/87/88C, was with a 1:29.90 the only driver who had fallen below one minute and thirty seconds. When Alain Prost gave the MP4/4 his first real track he got in the car in his first morning to a time of 1:28.50. The Frenchman bettered Berger's time for almost one and a half seconds. That wasn't all. Ayrton Senna came onto the asphalt shortly afterwards and drove a time of 1:27.86.