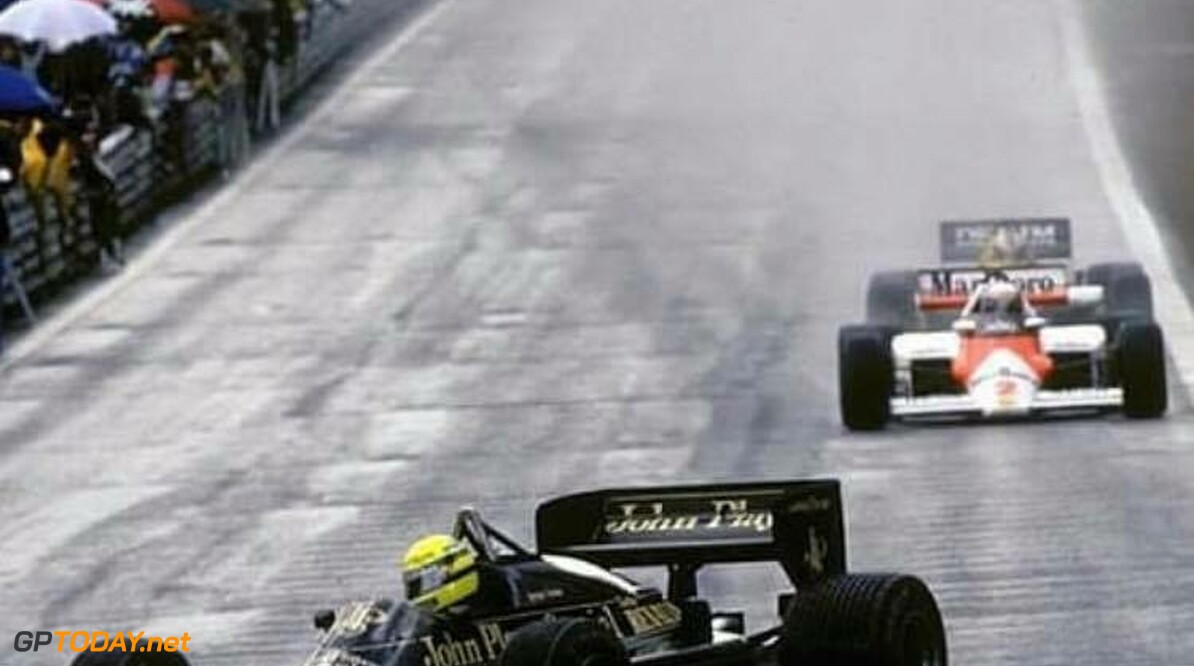 Ayrton Senna Special: Part 19 - Ayrton with Lotus - Many podiums and a victory at Spa-Francorchamps

The first half of the 1985 season can be summarized as follows: qualifying masterclass, driving at the head of the race and unreliability. According to the experts, Ayrton was too far too low in the championship. In our first part of the 1985 season, we talked about the missed opportunities. In this part we talk about the resurrection and about the postponed race at Spa-Francorchamps.

After a bad qualifying session, Ayrton would start as the race from the seventh row: "It was the worst position on the grid. A number of cars stalled on the grid, then they hit each other. Luckily I was able to drive around it. After one lap the race management decided to stop the race", Ayrton said. "I don't really understand why they did that, the track was actually fine. We got a restart."

During the first lap of the abandoned start, Ayrton had already climbed to eighth place. "The straight on the Österreichring is always difficult at the start. I was in the midfield at that moment. It was a very tough race for the cars, so there were a lot of dropouts. It was important to keep the car healthy. I stayed in position for a long time.

"The McLarens were the fastest during that weekend. I had a fight with Warwick and Fabi. I knew Prost couldn't be caught. I decided to drive on safely. There were a lot of drivers who dropped out in the end; Mansell and Lauda made sure that I was suddenly in second place. I had to make sure that I could keep the Ferrari's behind me. That's what happened in the end and I finished second. It was only my second finish of the season," Ayrton said when, after the end of the Grand Prix season, he participated in a documentary about the year 1985.

The last time in the Netherlands

A fourth place on the grid and a good start meant that Ayrton was second in the Tarzanbocht. Keke Rosberg took the lead from the front row. At the start of the race, Ayrton came under pressure from Alain Prost. The French McLaren-TAG driver was able to overtake Ayrton in the 14th lap, which Niki Lauda did a little later.

When leader Rosberg dropped out on the 20th lap, Ayrton got his virulent podium place back. This was followed by a solid race in which Ayrton was able to finish in third place. Halfway through the race, a victory was no longer possible and Ayrton decided to keep his car in one piece. Winner Lauda finished just over two tenths ahead of Alain Prost.

In an exciting race where Keke Rosberg, as so often in 1985, had problems parking the Williams Honda in the pits, Ayrton only had to tolerate Prost and Piquet in front of him. Of course, Piquet's overtaking action on Ayrton shouldn't be missed. Piquet, the one Ayrton always called 'the taxi driver from Sao Paulo', made an aggressive move against his compatriot on the straight at Monza. Actually, there was never really any attention for this, but Piquet's action at very high speed was 'over the top'. There was a sign of disrespect in this, as Piquet felt more or less 'impressed' by the enormous credit Senna received in his homeland Brazil.

One week after the Italian Grand Prix the Belgian Grand Prix was held. The race, originally planned for 2 June, was postponed because the safety of the drivers could not be guaranteed at the time. During qualifying, world championship leader Alain Prost put his McLaren on pole position. Ayrton was only 0.097 seconds slower than the Frenchman. Ayrton made the best start and went first through the La Source-hairpin.

Piquet spun and Prost could only just avoid him. At the end of the first lap the lead of Ayrton, who already proved to be a master in wet weather, was very large. Prost finally closed the gap to Ayrton while the track was drying up. After a dry line appeared Ayrton decided to go into the pits at the right time. Teammate de Angelis took over the lead.

Shortly after that de Angelis also made its pit stop and that brought the lead back into the hands of Ayrton. The Lotus driver now had Nigel Mansell behind him. On the 10thlap Mansell spun, he was able to keep his second place, but his gap to Ayrton grew. A short time later it started to rain again and Ayrton increased his lead to 28 seconds. When the flag fell, Mansell came home in second, while Prost was third. With his second victory of the season Ayrton jumped to third place in the championship with 32 points. His gap to Alain Prost was 37 points. Exactly the 37 points he lost at the beginning of the season due to a series of bad luck.

Ayrton finished the season with a second place at Brands Hatch and with retirements at Kyalami and Adelaide. It should be mentioned that Ayrton didn't really want to start in South Africa. Ayrton, a man of honour and conscience in 1985 could not agree with the 'apartheid' that the country was conducting.

FISA-president Balestre found it necessary to increase the FISA's budget by holding the Grand Prix there. Eventually, a few days after the Grand Prix, he announced that the race in South Africa would not return on the calendar because of the apartheid. This was against the sore leg of Ayrton who had been asked by the Brazilian government not to participate.

Ayrton left the decision, because he was under contract with Lotus, to team manager Peter Warr. Ayrton would later, during an interview with a Brazilian morning paper, announce that he was going to look differently atJean-Marie Balestre from that time on. We will discuss the affairs of Senna/Balestre in more detail in another part.

Final rankings in the 1985 World Championship: