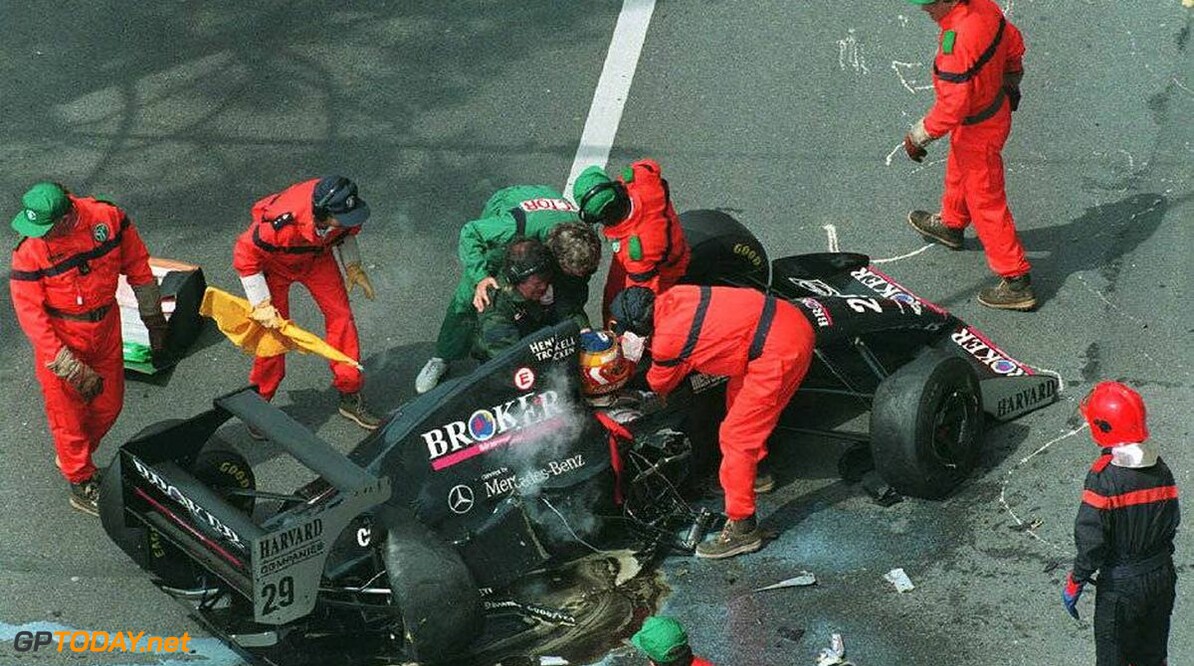 Ayrton Senna Special: Exclusive Interview 3: Allard Kalff: "The accidents in 1994 were coincidence, in 1995 nothing happened"

Allard Kalff was a commentator at Eurosport during the period 1992-1994. The Beverwijk born racing driver, analyst, reporter and pit reporter now has his own YouTube programme with Kees van der Grint. In their popular programme RTL GP Slipstream, they discuss the events in motorsport on a weekly basis. In an exclusive interview Allard gives his vision on the 1994 season, we look the fatal accidents at Imola and discuss the aftermath of these accidents.

The Halo and Jules Bianchi

Allard talked about the aftermath of the accident and safety in sport: "The accident of Jules Bianchi has given us the Halo. It wouldn't have happened if Bianchi had just followed the rules. I thought Jules Bianchi was a nice guy and a talented driver, but to blame those excavators on Suzuka right away would have gone too far for me. Jules was in that car at a speed that was way too high, while at that time there was poor visibility and there was a double-yellow waving. He drove in last place and he hit that crane. To blame the crane is extreme. He was responsible and a crane like that doesn't say: Stop for a moment.

"A racing driver is of course not someone who is some kind of cowboy", continues Allard. "You take risks as a racing driver, but they are always calculated risks. You know who you're racing with. To give an example in the IndyCars: "If you're on the outside with Tony Kanaan, you know you can stay put. With other drivers you might not have to do that, you deal with that rationally and there is no emotion.

Those are the risks. The mistake people make is that you can make everything as safe as you want, but something that goes 300 km/h is and remains dangerous. It doesn't matter what it is, because if something breaks down, the thing keeps going at 300 km/h and everything you come across after that hits you at 300 km/h. If we all sit in an aeroplane and that thing doesn't go up in the air, we have a problem. The difference is that in an aeroplane you have nothing to say and in a Formula 1 car you do."

"In Monaco, everything was actually bizarre. At a certain moment, Karl Wendlinger went into the wall. A very unfortunate moment that marked the end of his Formula 1 career. After that Andrea Montermini came to Barcelona, I was watching that. I saw it happen and thought: 'No, not again. Not another Simtek, not another fatal accident?' For Montermini it turned out to be not that bad. Pedro Lamy had also had a serious crash during a test at Silverstone, his rear wing broke off.  JJ Lehto had made a blow with the Benetton, so Jos could make his debut. A lot happened in 1994. I still think those accidents in 1994 were a coincidence because one year later nothing happened. A year later the cars were still as safe as they were in 1994.

"What you had for Imola, and that's the only good thing that changed the rules are those huge vortex generators on the front wings that had to be removed. That was really the best decision they made. Max Mosley really took the bull by the horn and said: "We're going to make those cars safer".

Allard witnessed several serious accidents: "Accidents always happen. I was in Barcelona with Johnny while he was testing with the Stewart. I saw his rear wing break off and he wrote off the whole thing at 300 km/h. That's what happened at the time, because accidents in this sport are always there and everywhere."

About the HANS device

"Since we have the HANS system, there are many more people with back injuries. Ho Pin Tung, for example, but also Richie Stanaway and Anthony Davidson. There are a lot of drivers who then had problems with their backs after the introduction of the HANS system. The HANS system might protect the neck, but it helps to make sure that the injury can get somewhere else. The system is of course safe for the neck, but it doesn't solve all problems.

"I think a lot of back injuries could have been prevented if there hadn't been a HANS system. A HANS system for Formula 1, Formula 2 and WEC cars is really fine. But a HANS system for a Suzuki Swift during a cup race at Zandvoort does more damage than it does right. At Zandvoort there have been four accidents in the past with a Suzuki Swift. Everyone had a compression fracture in their back. That's just not possible! One of the drivers had an accident and I saw you say; if he hadn't fastened his seatbelts, he would have said: "Gee, what a blow." If he had had a normal three-point belt he would have thought: "Gee", but now they have to rehabilitate for six months with a compression fracture. That's just not possible!

"HANS makes sure that your neck stays in position, but in the end that energy has to go away. Energy is always looking for the weakest point and automatically encounters something that breaks. That's just physics. If you drive Formula 1 or Formula 2 and you want to have a seat with HANS, then you will think about how such a seat belt fits. That consists of different things: Should the seat be upright, should the seat be reclined, how should my seat belts be positioned and should the HANS be upright?

"This is something completely different from ordering a cup car such as a Clio, a Swift or a Yaris and putting a chair in it. Then you tell the driver of such a cup-car: 'You must be wearing your HANS'. One of them has belts under one corner, the other under another. In the end, this is just not possible. I also reacted to it. You all shout: 'You have to put on your HANS'! In the beginning there was a lot of scepticism, but nowadays they think I have a point."

About visibility with the HANS system

"When HANS had its introduction, there were a lot of accidents because people were sitting in a blind spot. That's not surprising, because HANS is partly responsible for this. You can't look back anymore. You have to adjust your mirrors, you have to do a lot of things differently, but it doesn't get any easier. If you want to see where someone is sitting, a HANS system gives you less visibility. So your ability to rotate the face is limited by the introduction of HANS. HANS isn't the reason for all the accidents, by the way."

Back on the track

"Barcelona was weird with that weird chicane of tire stacks. It was made on that fast chicane, which is now a tighter corner and has made the straight at the back of the track longer. Then at Spa-Francorchamps, we got that chicane for Eau Rouge. They were lucky in 1994 that due to circumstances there was a battle for the world title. In the end it became more important than grieving for all the accidents that had taken place that year. They proceeded to the order of the day. Without forgetting Ayrton and Roland. But, it was a 'nice' distraction that it was about something. There were so many other things and Ayrton's death only came up in the last Grand Prix."

Allard explains why it came together again in Australia: "In 1968 Graham Hill, Damon's father, became champion after teammate Jim Clark's accident at Hockenheim. The comparison was that his father had been through the same thing, who had also lost a teammate. Damon was then able to take the team by the hand in 1994 and have an attempt to become world champion. The championship ended in a big anti-climax.

The battle for the title

"Damon couldn't go on with that broken suspension. It wasn't very handy, not on either side. I think I'm pretty sure Damon didn't see Michael hit the wall. He does see him driving away from that situation, but he doesn't know if he has hit anything. In my opinion Damon saw Michael driving away, he sees a hole and went for it. Michael thought when he saw that: "I'll send it in". If you are a Schumacher fan you think afterwards: "This didn't deserve the beauty prize but he is world champion," if you are a Hill fan you think: "Schumacher is a dick".

Allard concludes with: "The strange thing about the situation in Australia 1994 is that I can understand both, but I can't understand either. Maybe in the end it should have ended this way."