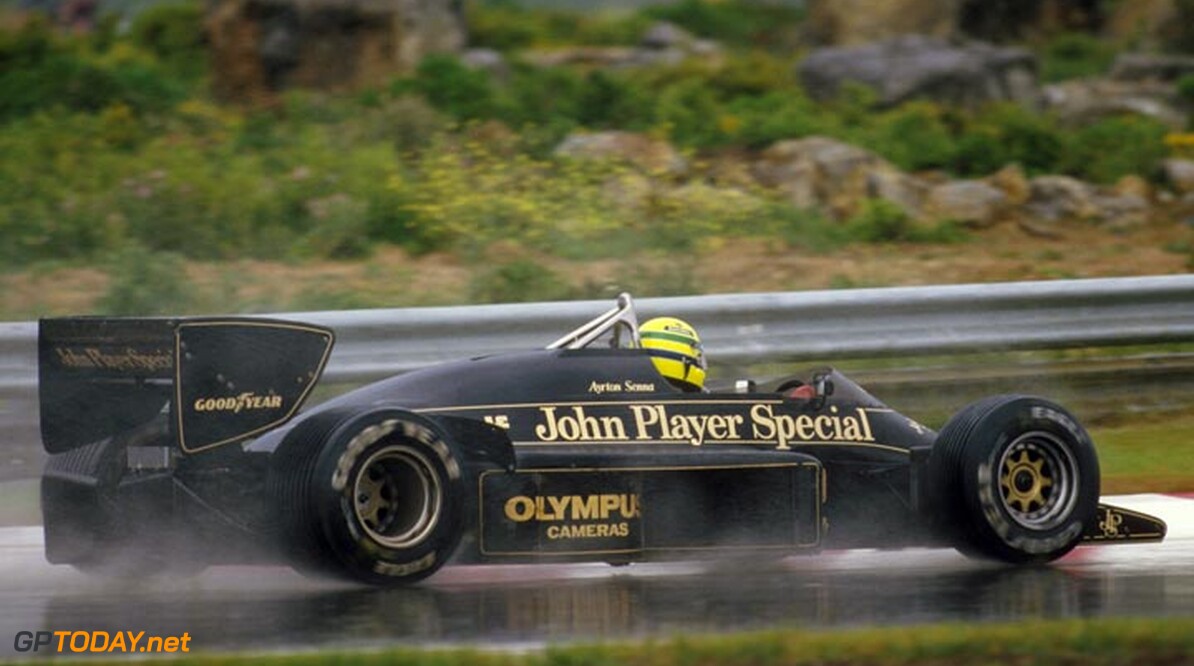 Some drivers find their first victory as the most special. Ayrton scored his first victory in Portugal. Almost 34 years ago, he was the first to pass under the black and white chequered flag. People who followed the Grand Prix live on BBC at the time could hardly believe what an absolute 'master class' the Brazilian was.

Ayrton finished his last Toleman Grand Prix in Portugal in third place, which was reason enough for the Brazilian to feel at home there. The Brazilian was fluent in the Portuguese language and (also in his future) he always had beautiful memories of the Iberian country.

Undoubtedly, getting your first pole position is special. Especially when it is against a world champion with a lead of more than four-tenths of a second. Alain Prost's McLaren-Tag had to give in to Ayrton's time in both qualifications. On Friday Ayrton opened the weekend with a 1:21.708, more than one second faster than the Ferrari of Michele Alboreto. On Saturday there was still some time in Ayrton, as he drove another seven tenths ahead of his own time.

Even though Prost was more than two seconds faster than his time on Friday, it could not keep Ayrton from taking pole position. Keke Rosberg was third, with teammate Elio de Angelis in fourth. De Angelis was, with the same material, more than one second away from Ayrton's time. It was Ayrton's first pole position, and 64 more would follow.

During race-day, Ayrton was in a class of his own. He drove a lonely race from the start. It was hard weather in Estoril, as the rain fell from the sky. Several drivers had problems keeping their car on the road. Philippe Alliot spun on the third lap and Keke Rosberg went off the track on the 16th lap. His car ended up in the middle of the track.

In the eighties there were no safety car situations, and the drivers were expected to build in a safety margin. It took about four laps before the marshals had removed the Rosberg's car. After twenty laps of racing Ayrton had a lead of more than 30 seconds on teammate Elio de Angelis. De Angelis in turn had a fierce fight for second place. Alain Prost (no fan of the rain) and Michele Alboreto were on the Italian's heels. The Renaults of Tambay and Warwick were already more than one minute behind Ayrton.

Around the 30th lap Ayrton sent a signal to the race committee that the rain had become too severe. In the previous laps, several drivers were spun and the track was full of debris. The race was not stopped. Ayrton took it for granted and decided to adjust his pace to the circumstances. His lead was so great that he didn't have to expect any pressure from behind. The Grand Prix was scheduled fore 70 laps, but because of the time limit of two hours it was 6,7. After 2 hours and 28 seconds the Brazilian crossed the line first.

He had a lead on Alboreto of more than one minute. Patrick Tambay finished third before Renault and was one lap behind. The way Ayrton gave a masterclass that day made an impression. "We have looked here at a future world champion, the class with which Senna has ridden this Grand Prix is of extraterrestrial level", said James Hunt.

Afterwards, Ayrton was interviewed by Murray Walker and talked about his experiences of that day:

Walker: How difficult was this race?
Ayrton: It was a very difficult race. The race was much harder than last year in Monaco, which was because the conditions were much worse than there.

Walker: You immediately took the lead in the race. After a while you got stuck behind Elio de Angelis and Nigel Mansell. Did you have problems putting them down a lap?
Ayrton: I had a lot of problems overtaking them because I really couldn't see anything anymore. It is very difficult to catch up in these circumstances. I had to pass because they drove at a very different pace. It was one of the most important moments during the race.

Walker: A lot of people say that Lotus Renault was only built for qualifying, you proved the opposite today.
Ayrton: I am very happy to show that the Lotus is not only fast during qualifying but also in the race.

Walker: You have shown that you have a wide range of tactical ingenuity. Have you been able to drive tactically throughout the race?
Ayrton: Of course, it was a difficult tactical race. The situation changed every lap, in fact, the situation changed every corner. I had some brake problems, but you always have that in these conditions. Despite that, the car was great, the team did a fantastic job.

Walker: In two weeks you will go to San Marino, have you driven there already?
Ayrton: No, I've never driven there before. Last year I was present with Toleman, unfortunately, I could not qualify.