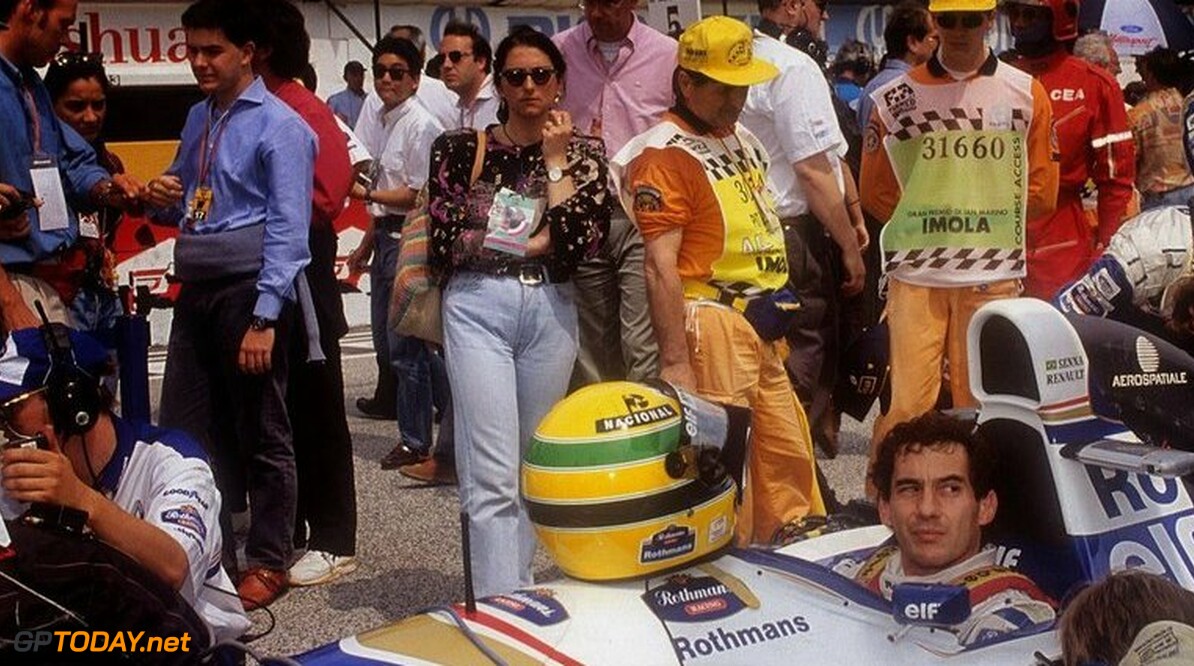 Allard Kalff was a commentator at Eurosport during the period 1992-1994. The Beverwijk born racing driver, analyst, reporter and pit reporter now has his own YouTube programme with Kees van der Grint. In their popular programme RTL GP Slipstream, they discuss the events in motorsport on a weekly basis. In an exclusive interview, Allard gives his view on the 1994 season, as we look at the fatal accidents at Imola and discuss the aftermath of these accidents.

Allard explained what it was like on Sunday afternoon: "The race on Sunday also started badly with the crash between Lamy and Lehto. Then there was the safety car and then came the crash of Ayrton. We were in the commentary box and had no view of the track." Allard explains why they didn't have a view: "If I remember correctly, that cab was at right angles to the track. So we couldn't see the runway from the inside. Wattie (John Watson) said that Ayrton had an accident and I looked at them: "No, not again".

Allard then explained the situation: "If people have an accident, no matter how bad it is and everything is quiet, it can mean two things. A. He died, as you can see from the way people walk away. B. Whatever the injuries, everything is stable. I can give you an example with Johnny Herbert's accident at Brands Hatch in 1988: they worked very quietly there. He had broken his legs but was not in any danger. Calm down, take the time not to break more than is already broken." According to Allard, it was different with Ayrton: "Ayrton was pulled out of the car and immediately placed next to the car, then you think: This is serious."

"When I started commenting, a wise man once told me that you should never respond to rumours. I remember that we said something along the lines of: "People, we can't report anything at the moment because we want to wait for the official messages." The reporting went from left to right, officially you don't know anything so he hasn't died yet. Everyone knew that the situation looked bad. I remember that several people came into the commentary box with all kinds of different messages. That went from a broken little finger to death and everything in between. For this kind of information, you have to close yourself off as a commentator."

The image on the television

"We had a view of the helicopter that was there and the doctors that were working. Those people made sure that Ayrton could get out of there as soon as possible. In my opinion that took way too long." After some time John Watson decided to contact France (Eurosport HQ): "At one point John contacted France and asked if we could get out. The situation around Ayrton was the only thing the viewer saw and that is bizarre. I remember very well that we kept talking and we filled our time with countless advertising blocks."

About the broadcast of Eurosport that weekend: "Eurosport had stuck to it when Roland had had his accident. Afterwards I think they shouldn't have done that, it was a huge shock. It was a shock for the race leader, you let the race start and then you choose this?

"It was also a shock for the teams, who think: We're having a good race, when will the first pit stops come? And then you have another accident. It was really bizarre."

Allard then explained what happened after the race had finished: "After the race was over, John and I had the idea; we want to get out of here. Whereas now I would say, "I'll stay, no matter what." Allard explains the reason: "We didn't have a broadcast anymore, we didn't have anything at all. We didn't have a goal anymore to stay.

"I remember meeting Annie Bradshaw on the way home. I wished her strength and gave her a hug. I'm almost sure I walked past the spot where Ayrton's car was parked. You just feel that. I didn't see the car by the way, after that we drove to Milan.

On the way to the airport, Allard was looking for information: "I remember when I was at a toll booth, in Italian trying to ask the man he knew how Senna was doing. When I asked him, I thought to myself: "How can I ask a man who probably doesn't know that either?"

Allard then checked in to Linate-Airport: "You're walking through a room with all sorts of benches. On the left you had a restaurant with a bar and on the other side a very large television screen. There was a very large photo of Ayrton with the text Ayrton Senna 1961-1994 underneath. Then I knew that he was officially dead. Then it really arrived, then I realized that he was really dead. I flew back home in 'disbelief'. Disbelief. I was very confused because a lot of thoughts go through your head, like: What about Formula 1? What's going to happen? Max Mosley would then intervene with the blunt branch."

In 1994 Eurosport gave a live report of the funeral: "I remember well that I was asked by Eurosport if I could comment on the funeral, I refused. I said: "Find someone else for that, I can't do that." The special thing about the time in which we live is that it is now 25 years ago, that in the Netherlands, for example, half of the followers never saw Ayrton driving. That is very strange."

"In history we have had it once before that two drivers died in one weekend in the same Grand Prix. That was in 1960 with Alan Stacey and Chris Bristow. Stacey was hit by a bird and Bristow hit a telephone pole on the same part of the track (Spa-Francorchamps). You have the occasional weekends. All disasters always come in threes. After that, I witnessed the accident of Dale Earnhardt and Alan Simonson, during the Daytona 500 in 2001 and the 24 hours of Le Mans in 2013. These things may not happen, but they do happen."

"What I always impress upon myself is that I have to deal with someone dying while he does what he likes. There is no one who will force the driver to get in that car in an inappropriate way. Every driver has a choice and he chooses to get in. That doesn't make death any less sad and bad, but it is easier to deal with it in the end.

"However, these two things have to be seen separately from each other." Allard gives an example: "My father died and that was deeply sad, but it also made sense because he was older. The fact that he and his body were ready to step out of life is deeply sad and annoying at that moment. But, I'll just say it for the record: boys, you better prepare yourself for a moment when your parents are no longer there. My dear mother turns 80 this year and I know that there will come a time when I have to take her away.

"You want to postpone that moment for as long as possible, but your life won't collapse when it's gone. But it's not fair to say that it's not going to happen. That's realism. A racing driver who dies is awful, but you understand that they get into that car of their own free will. Anything can happen: you can make a mistake, another driver can make the mistake, something can break off, all these things are possible. The ultimate price you pay as a driver is the price of your life."