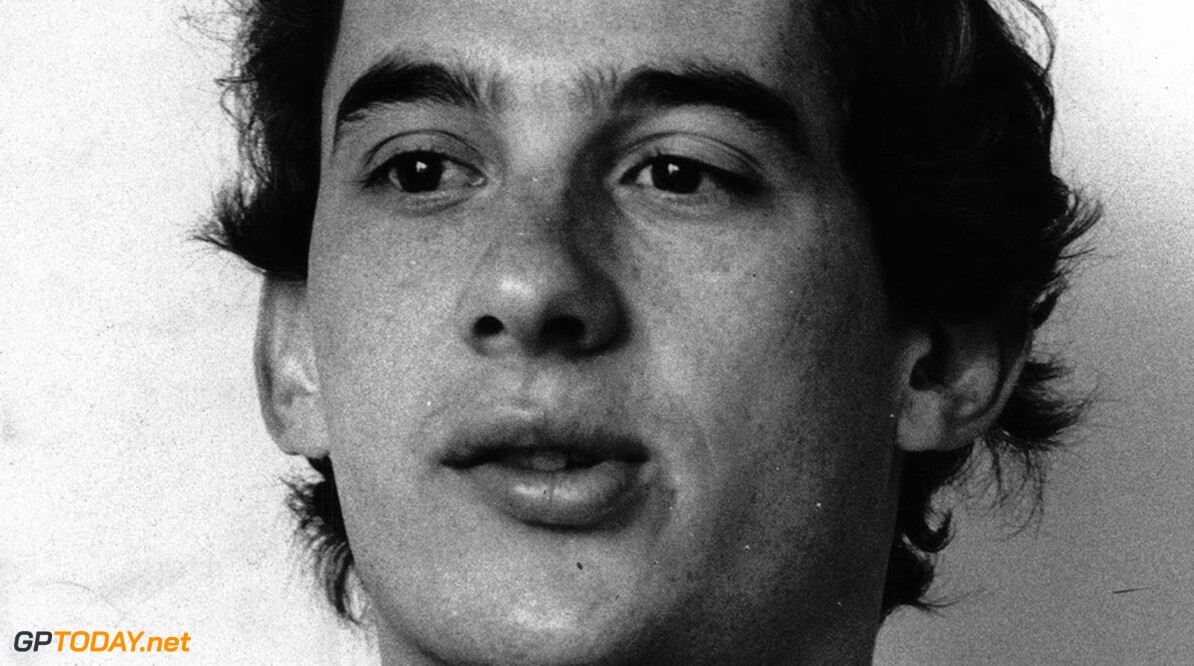 After his excellent debut year with Toleman, Ayrton's career gained momentum. Many teams were hunting for his signature after the Monaco Grand Prix, in which we paid extensive attention to. Ayrton finally decided to choose Lotus. Yet this did not go without a struggle.

Ayrton had signed a long-term deal with Toleman in 1984 and negotiations had to be held about the price of the Brazilian. Eventually, it came. Lotus invited Ayrton at the end of 1984 to its factory in Norfolk to get acquainted with the team. This acquaintance initially did not go well for Ayrton. The Brazilian had been in the cold and rain for too long during his trip to Hethel, Norfolk. Apparently, Ayrton didn't notice anything the first days after his visit. Once back from the factory, he suffered from a serious facial disorder.

It would be a very quiet Christmas. Ayrton had signed a contract with Lotus and had a beautiful Brazilian summer ahead. Ayrton suddenly began to realize that the upper corner of his mouth did not move. He could not fill both cheeks with air either. Worse still: his right eye became small. The eyelid did not obey. Without full control over his muscles, he tried to smile. The result was not good and he looked like a victim of a stroke.

Ayrton had a peripheral paralysis of his face, a result of mastoiditis. Mastoiditis is characterized by a severe infection of the bone tissue. His mastoid nerve, which is responsible for the signals from the brain to the muscles in the face, was inflamed. Reginaldo Leme witnessed the devastating effect of the disease: "It killed him. Ayrton closed down. He didn't go outside and wouldn't talk to anyone.

At its peak, the disease required treatment based on high doses of cortisone. Ayrton, sensitive to the drug and afraid of side effects on the kidneys, liver and stomach, stopped taking it. At that stage Ayrton chose an alternative treatment with the doctor Haruo Nishimura, who was known to practice with alternative medicine. Eventually, Ayrton was forced to pursue his treatment with cortisone, before he had obligations with Lotus in England.

He decided to prepare Peter Warr for his 'facial paralysis'. "Peter, I have a problem. It's not serious, but you'll notice the difference. It's a problem in my face, a paralysis that doesn't affect my driving behaviour", Ayrton told the Lotus team manager. Warr was shocked by the skewed face of his new driver. Ayrton could not laugh during the pictures that had to be made for the press release. "I can't laugh Peter", he said.

"How is that not possible, we have to take pictures", Warr said. The pictures were finally taken from the angle that would hide that something was wrong with Ayrton's face. Chris Dinnage, who would work directly on Ayrton's car in 1985, knew there was a problem. "I was sure he wouldn't be able to start for us anyway."

Dinnage was right. Afraid of worsening due to temperature differences, Ayrton cancelled his test sessions at Paul Ricard. On his return to Brazil, exactly what Ayrton didn't want to happen, happened: the press had already picked up the story. Ayrton was afraid of the persecution and in the meantime even received prayers from benefactors appointed by the family and friends.

In the background, Ayrton decided to execute an alternative plan. Meanwhile, Sid Watkins was in Sâo Paulo to treat him. The effect of facial paralysis was also felt in Ayrton's physical preparation for the new season. He stopped training and his physical condition deteriorated.

Ayrton was in the pits, angry and depressed. He actually wanted to give up his career when he saw light at the end of the tunnel through a slow and gradual program of moderate exercises. The entire physical and psychological treatment lasted four months. Between the end of 1984 and the beginning of 1985 everything was done to get Ayrton ready.

Nuno Cobra was the main inspiration behind the 'resurrection' of Ayrton. Cobra realized that Ayrton was fascinated by stories about overcoming situations. The American Bob Beamon, who had reached eight metres in long jump in 1968, was one of the many examples Cobra quoted. Cobra invited César Kist, a Brazilian, who came to Wimbledon. Kist would accompany the exercises of Ayrton.

Kist taught Ayrton to control his breathing and walked forty laps on the athletics track with Ayrton. Kist put a slow pace on the mat to ensure that Ayrton did not feel demoralized in his slow recovery. Senna endured several difficult moments in his recovery. The maximum moment of discomfort came when a journalist recorded during an interview that the water Ayrton drank flowed out through the corner of his mouth. At various times, the preparatory work that had already begun in 1984 seemed useless. Cobra even believed that Ayrton would give up. That's why he hid some spreadsheets with discouraging results.

The real recovery only started when Cobra suggested that Ayrton, instead of four kilometres, should walk six kilometres. The reaction was one of surprise: "Are you crazy," said Ayrton. "I want your heart rate to be over 120 beats per minute after six kilometres," said Cobra.

Ayrton took up the challenge and did exactly what Nuno Cobra asked. For Cobra, Ayrton's new attitude was the key moment in his recovery. Ayrton still had to appear regularly in public and during a meeting of his fan club he wore throughout the evening the now historic cap of Banco National. Ayrton's mood began to change when his greatest fear disappeared. The paralysis disappeared, yet for the rest of his life he always had a kind of 'lazy eye' on the right side of his face. The recovery was a long and humiliating road. Nevertheless, Ayrton has shown, even in this situation, that the road to recovery can always be reached.