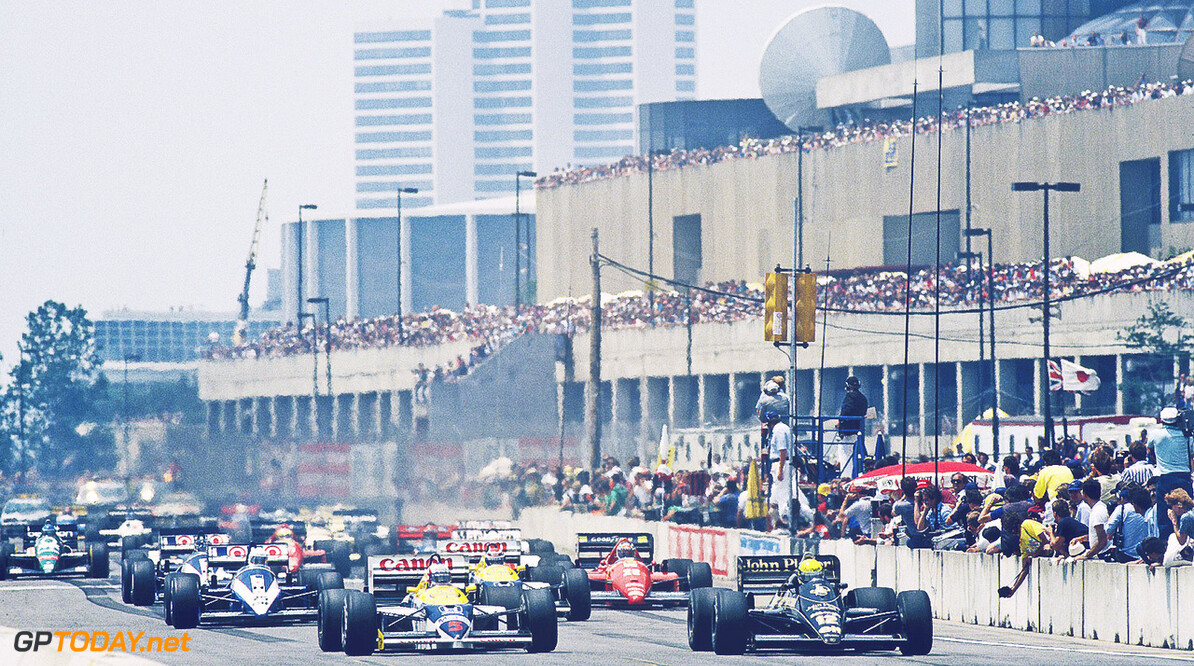 Ayrton Senna Special: Part 22 - Second year at Lotus - Decay in the second half of the season (1986)

In 1985 the problems for Ayrton and Lotus took place in the first part of the season and he was the fastest man in the second half of the season, in 1986 he had the opposite. After the race in Detroit, Ayrton was in the lead in the championship. The Lotus 98T was reliable and Ayrton was able to grab vital points. However, the Lotus was still in trouble for the rest of the season. As championship leader, Ayrton started the eighth race of 1986 at the circuit of Paul Ricard. The circuit in the south of France was modified by the fatal crash of Elio de Angelis two months earlier.

Despite the pole position in France, the races at Paul Ricard and Brands Hatch were a big disappointment for Ayrton. In France, Mansell passed him at the start. During the opening laps of the race, Ayrton remained in second place until Andrea de Cesaris retired. The Italian caused an oil spill and while Mansell was just able to keep his car on the track, Ayrton could not. The Brazilian crashed and saw an opportunity to score points go up in smoke.

During the British Grand Prix Ayrton qualified in third behind both Williams-Hondas. At the first start Piquet took the lead and Ayrton was in second place. Nigel Mansell had a problem with his car, which caused a blockage in midfield. A serious crash took place. Jacques Laffite, one of the most popular drivers on the grid, broke both legs during this chain collision. It was the Zakspeed driver, Jonathan Palmer who was the first to provide the Frenchman with help. Palmer, a graduate general practitioner, initially took charge of the rescue operation.

Palmer returned to the grid at the start and finished the race in ninth place. For Laffite it was the end of his career, he would never appear at the start of a Grand Prix again. Ayrton was in fourth place during the British Grand Prix when he couldn't get away after a pit stop. The Lotus broke down with a broken gearbox. Nigel Mansell won his home race and was the leader of the championship. Ayrton was thirteen points behind.

From third place on the grid, Ayrton took the lead of the race on the fast circuit of Hockenheim. During qualifying both McLarens were faster. Ayrton came through the first lap as the leader, but was overtaken by Keke Rosberg when braking at the first chicane on the second lap. After that there was a train with Senna, Berger, Piquet and Prost. Piquet would eventually drive to the lead and both McLarens, equipped with the powerful TAG engine, were second and third.

We remember what happened at Imola in 1985 when several drivers had problems with their fuel consumption. The TAG engine turned out to have used too much fuel during the race at Hockenheim. Keke Rosberg was the first to get into trouble. The Finnish driver drove full throttle to Piquet and had to pay for it with an empty tank. Prost had already seen the issues and decided to drive more conservatively. Senna caught up to the Frenchman and crossed the finish line in second place behind Piquet. Mansell finished third. At the end of the race, it became clear that the winner of the race Piquet and second man Senna also made it through the last lap with big fuel problems. Senna even waddled over the line but was able to put his first podium in the bag since Detroit.

During the first Hungarian Grand Prix, Ayrton achieved pole position under the eye of 200,000 spectators. After the warm-up in the morning, Ayrton decided to replace his engine. The Renault engine that he had just finished at Hockenheim turned out to have too much mileage for him. Ayrton chose the car that gave him the victory over Detroit. Rene Arnoux also decided to replace his Renault engine with another one. The Frenchman's decision turned out to be wrong as the Renault engine blew up in the 49th lap.

Ayrton on the other hand had pressure from the behind, as Nelson Piquet passed him at the start of the twelfth lap. Ayrton then kept Prost behind him, but the Frenchman was forced to make a stop for new tyres. Piquet decided to do the same and came in in the 30th lap. Ayrton returned to the lead and drove faster times than Piquet on older tyres. After 40 laps he had an advantage of almost half a minute. On lap 44 Senna entered the pits. After a stop of 11.11 seconds, he continued on his way. A new set of tyres with 30 laps to go should have been enough for a third victory of the season. Piquet thought otherwise,as  the Williams driver had been careful with his tyres and crawled closer lap after lap. In the end, Piquet tried to attack on the straight. He succeeded by outbraking his compatriot from the outside. Piquet slipped into the first corner ahead of Ayrton and won the race. At 17.673 seconds Ayrton finished second, Nigel Mansell finished third. The gap to Mansell was reduced by four points during these two races.

An engine problem in Austria and a broken transmission in Italy would put a question mark over Ayrton's title chances. The Austrian Grand Prix in particular was a difficult weekend. Ayrton qualified eighth and didn't have the pace to claim a top position. In Italy, the qualification went better but during the race, he was out after 250 meters. In Portugal Ayrton achieved pole position by almost one second ahead of Nigel Mansell in qualifying. In a race in which he was on his way to second place, he came to a standstill on the last lap because he no longer had any fuel in the car. Ayrton was eventually classified fourth but because of the 'best of 11' rule, he saw the possibility to become champion disappear. Despite a pole position and a third place in Mexico, a race won by Gerhard Berger in the Benetton-BMW, the title battle for Mansell and Prost was completely open. The championship was finally won by Alain Prost because Nigel Mansell exploded his tire at the Brabham-straight in Adelaide. It would be the second title for the Frenchman. Ayrton had already retired due to a broken Renault engine.