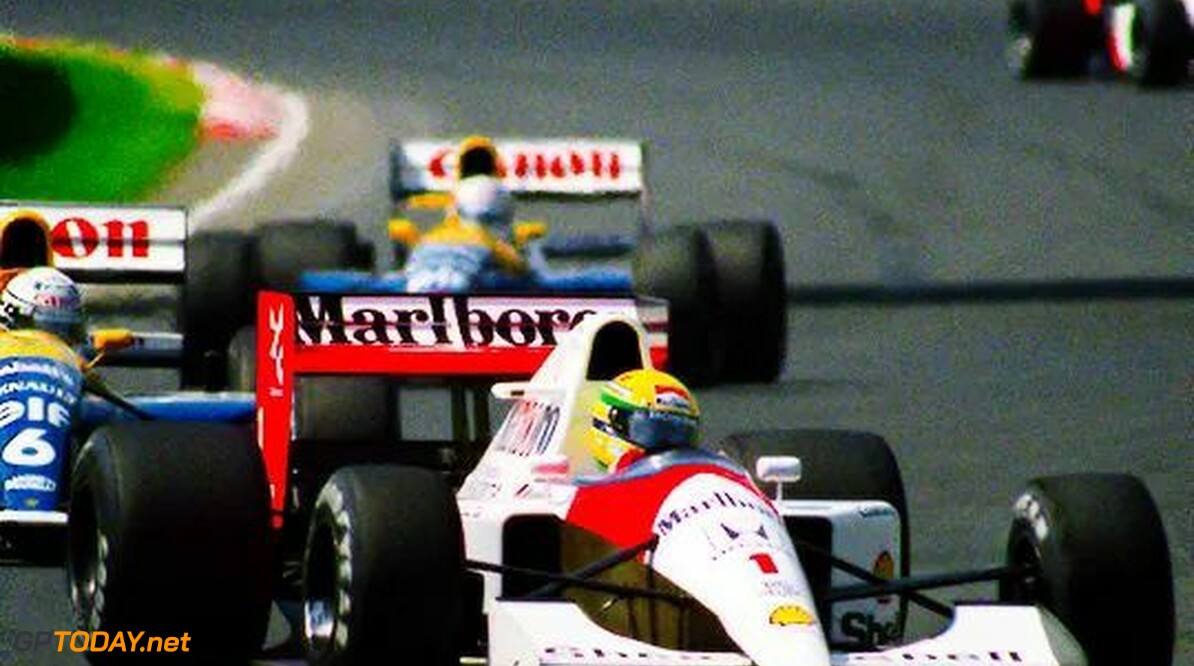 The 1991 season saw the introduction of a new points system. The winner of each race would receive ten points instead of nine. This meant that a victory was more valuable than ever before. The next five positions would get the same amount of points as in the previous year. It was the first change in the points system since 1960. In addition, all results would count, which meant that the 'best eleven results' rule was deleted.

Before the race, the duel between Prost and Senna was the big talk of the day. Many people expected it to be a 'rematch' for Prost in 1991. Prior to the Grand Prix in Phoenix, the McLaren chassis, the MP4-6, had only completed one short test session. The two racing cars were not operational until 04.00 a.m. on the day of the first free practice session. Ayrton claimed that he had never felt completely at ease with the increasing complexity of the sport since he saw Lotus introduce the first actively sprung car in 1987.

He also said that he still found it difficult to embrace the huge role of computers in achieving a good setup: "On Friday, to understand and interpret things properly, I worked with the engineers in the evening. It's really been a long time since I did that. The technicians and I talked our way around the circuit, after which we compared what the computers predicted. It was great to see that the computer confirmed almost everything, but it also immediately showed where there was room for improvement."

Ayrton had a good preparation for the Grand Prix in Phoenix, as prior to Friday's qualification he visited a number of traditional American ranches. Here he was taught how to deal with a lasso. When asked how purposefully he was practising, he replied: "I'm training to be the first to catch the race." Ayrton finally took pole position with a time of 1:21.434 and was 1.121 seconds faster than Alain Prost. The second row consisted of Williams drivers Ricardo Patrese and Nigel Mansell. Mansell, who had announced his retirement after the 1990 British Grand Prix, got back behind the wheel for his former team.

On Sunday Ayrton started the race well, and drove off at the start and as usual on street circuits the Brazilian already had a big lead after ten laps. It was an impressive spectacle as the car was still completely new and hadn't travelled a full race distance yet. Ayrton was in the lead, while behind, there was a fierce battle for second place. Mansell and Patrese had a problem with Prost. Prost finally got some free air because the Williams of Mansell broke down with a broken gearbox. In the meantime, Ayrton had already made a pit stop for new tyres, but Prost couldn't threaten him. It was Ayrton's 27th Grand Prix victory and that put him on an equal footing with the man who was so critical of him the year before, Jackie Stewart.

Senna said: "I had a good shower on the podium with Jean-Marie Balestre and Ron Dennis. The car was doing very well, I had a small problem with the gearbox and the balance was not optimal. It's also only the first time that we drive a Grand Prix distance with this car, the setup wasn't good yet and therefore I didn't have a good balance. I made sure that I had a good race-space and that I was able to get past the backmarkers quickly.

"I came into the pits at the right time for new tyres. The car and engine were reliable so it's a good start to the season. We currently have the reliability in the car and I am looking forward to entering the circuit under the right conditions, so we can really see what the car can actually do." On the podium were the world champions from 1985 to 1990: Ayrton Senna first, Alain Prost second and Nelson Piquet third in his Benetton.

Ayrton did not celebrate his birthday two days before the Grand Prix. The biggest gift he would like to receive was his first victory at his home country. The circuit of Interlagos, located in his hometown, would be the perfect location for that. The Brazilian went to bed early and dreamt that he would win. Senna said he woke up with a smile on his face and then went back to sleep. It wouldn't be easy in the end.

During qualifying, Ayrton witnessed the progress of the Williams team, which showed its potential at the Brazilian Grand Prix. Williams, equipped with a new semi-automatic gearbox that Damon Hill had tested between the first and second Grand Prix, proved to have found speed. This resulted in a second and third fastest times in qualifying, behind Ayrton. The surprise of the qualifying session was Bertrand Gachot, who managed to put the new Jordan in tenth place.

Ayrton started the race on Sunday with confidence. James Hunt said the following during his comments for the BBC: "The big talk here is about Senna's home advantage in the Brazilian Grand Prix. In my opinion, there is no home advantage at all. He's under more pressure than any other driver on the grid. It's clear that he can win anywhere without pressure, but victories that have to come with great pressure such as the home advantage are a difficult task for him. We saw last year that he ruined his race by making contact with a straggler. That was totally unnecessary."

Ayrton had problems with the gearbox in the course of the race. He tried to drive the problem, but in the end the fourth gear shifted out as well. Ayrton got it bad and saw with six laps to go that he was only six seconds ahead of Riccardo Patrese. He took a deep breath and thought: "This has to work, this has to work."  With two laps to go, his lead was only four seconds. To make matters worse, he also lost fifth gear. This was the moment when he stopped looking at the pit board and decided to go all the way to the finish line. "I only returned to reality when I saw the finish", Ayrton explained. "Then I felt that I was happy because I would win at Interlagos in front of my compatriots. It wasn't the biggest victory of my life, but it was the one I gave everything for."

Ayrton was so tired in the end that he was exhausted and couldn't get out of his car. With the necessary help, he stepped on stage and was confronted with a frenzied Brazilian audience. It cost him everything he needed to win the Grand Prix. "If you look at the price I had to pay to win in Brazil, it was cheap. Thank you very much.

"It's a great day for me, I can only compare this to winning the championship in 1988. I've been very close to winning a few times in Brazil, but for various reasons I hadn't been able to do it yet. Today is a historic day in my life. It's a great day and I'm overjoyed." The Brazilian made it clear that it was a battle of wear and tear: "I rode my second race in South Africa for Toleman in 1984, I finished in sixth place.

"I had muscle cramps all over my body. It was the worst pain I have ever had in my life. Today it looked like just my shoulders and neck. It was an incredible pain during the last few laps. But I had to and would win this race. At the end of the race I only had the sixth gear left and it started to rain. It was a race full of great memories, a race that I will remember for the rest of my life", the winner said.