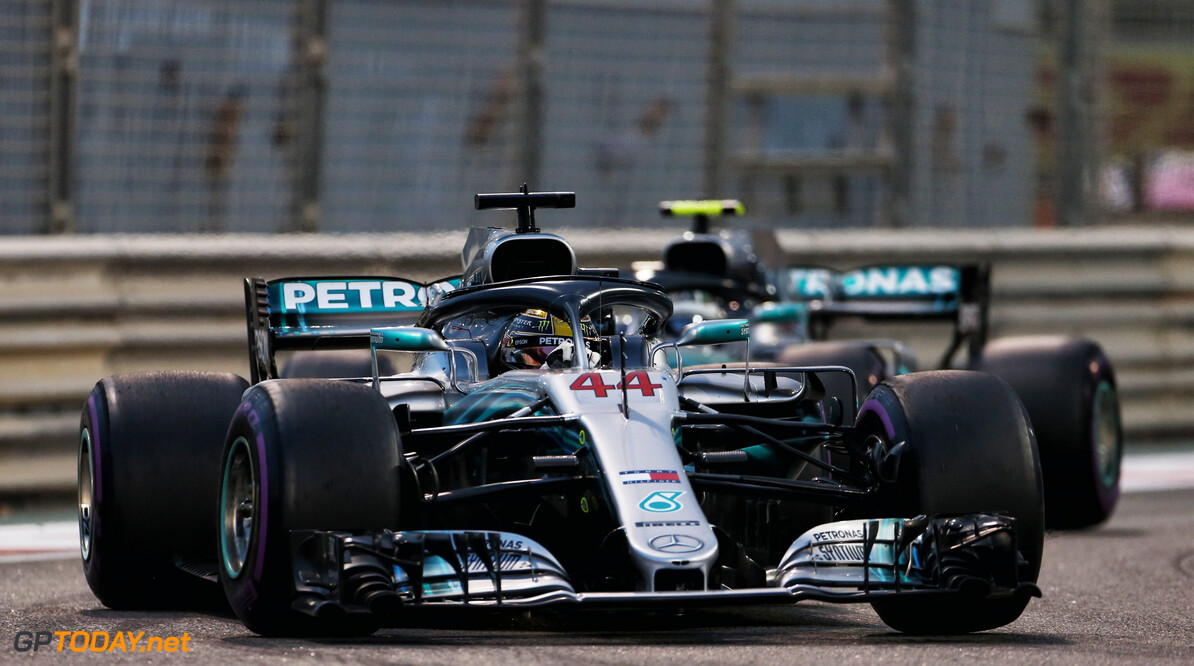 Lewis Hamilton has taken the victory at the Abu Dhabi Grand Prix, finishing 2.5 seconds ahead of second placed Sebastian Vettel. The Briton converted his pole position from Saturday into his 73rd career win, rounding off his record-breaking season in style.

Hamilton's race strategy looked questionable early on in the race when Mercedes called the 33-year-old in for an early pitstop. The team jumped on a virtual safety car that was deployed after Kimi Raikkonen stopped on the start/finish straight with a mechanical issue.

The VSC, which was called for on lap 7, was the second time it was deployed after a major shunt for Nico Hulkenberg and Romain Grosjean on lap 1 at Turn 9. As they went side-by-side into the corner, contact was made resulting in the Renault flipping upside down, coming to rest on the barriers.

Hulkenberg was taken to the medical centre but was cleared and deemed uninjured. Marcus Ericsson, Esteban Ocon and Pierre Gasly all retired in their last races with Sauber, Force India and Toro Rosso respectively.

Sebastian Vettel crossed the line in second place, passing Valtteri Bottas on lap 35. Both drivers pitted on lap 16 and 17, which benefitted Hamilton who wouldn't have to fend off his rivals towards the end of the race on much older tyres.

Bottas locked up several times throughout the race, making a mistake to invite Vettel past. The Finn made contact with Max Verstappen as they battled for the final spot on the podium on lap 38. Daniel Ricciardo, in his final race for Red Bull, soon found his way past the Mercedes driver also.

Ricciardo led the race for a number of laps, extending his stint on the ultra soft compound. However he couldn't pass his teammate towards the end of the race for the final spot on the podium and had to settle for fourth place.

Carlos Sainz managed to come home in sixth place for Renault, ahead of the Sauber of Charles Leclerc. Sauber failed to beat Force India in the constructor's standings after Sergio Perez finished in eighth place 0.4 seconds behind the Monegasque driver.

Haas ended the season on a high, with Romain Grosjean beating teammate Magnussen to ninth place. In his final race in Formula 1, Fernando Alonso crossed the line in eleventh place, just outside the points but received the Driver of the Day award.