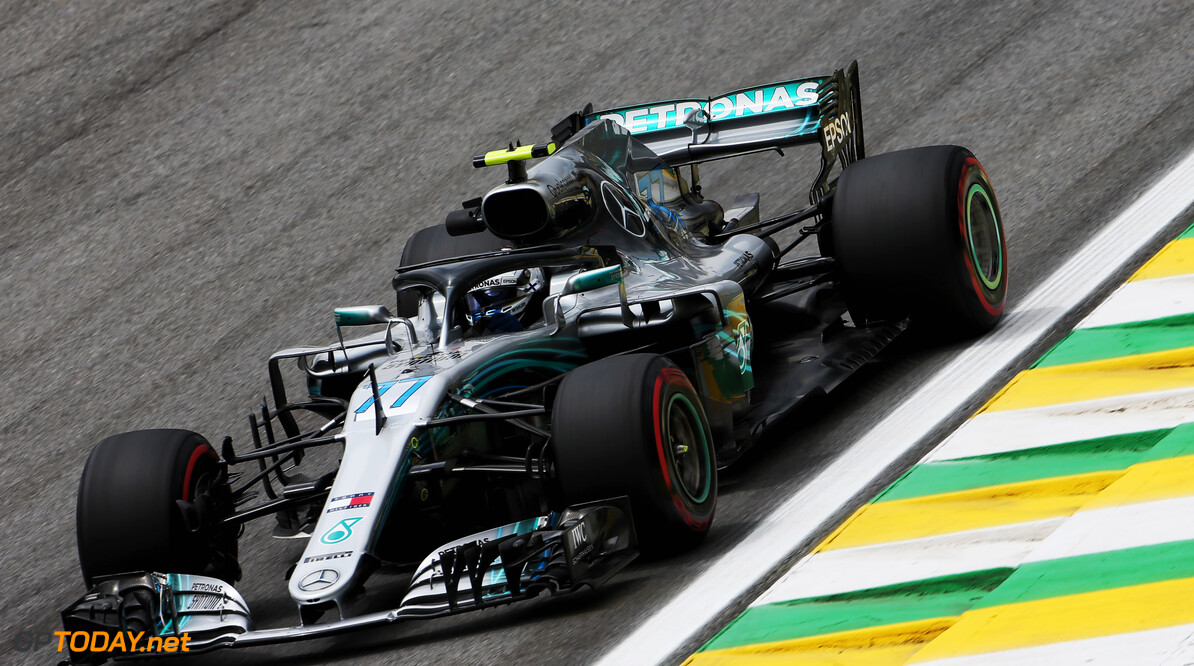 Valtteri Bottas has topped the second practice session in Brazil, pipping teammate Lewis Hamilton by the smallest of margins. Bottas' best lap time was a 1:08.846, which was just 0.003 ahead of the newly crowned five-time world champion.

The Silver Arrows failed to come out on top during the morning session, however it regained time on Red Bull who fell behind its rivals in the afternoon. Daniel Ricciardo was fourth fastest but was over three-tenths down on Bottas' fastest time.

Ahead of the Australian in third place was Sebastian Vettel who kept Ferrari's hopes up after ending up just 0.073 behind Bottas. Vettel's teammate Kimi Raikkonen was sixth, but over half a second down on the pace-setter.

Max Verstappen's day didn't start well as he was forced to miss out on the opening part of the session as the mechanics worked on his car. However the Dutchman got out and set the fifth fastest time despite being held up by a Williams.

A red flag was deployed early on in the session after Nico Hulkenberg ended his session in the barriers. The German pushed too hard on the exit of the final corner, took to the grass which took away his grip and sent him into the wall.

Haas enjoyed another successful session as it does everything it can to chase down Renault for fourth in the standings. It completed another double top-ten finish with Romain Grosjean and Kevin Magnussen ending up in seventh and ninth respectively.

Charles Leclerc also made it two out of two for top ten finishes on Friday in Brazil as the Monegasque driver concluded the day in eighth. Rounding out the top ten was the Force India of Esteban Ocon.

After sitting out the opening practice session this morning, Fernando Alonso, Marcus Ericsson and Sergio Perez returned to their cars. The latter mentioned driver had a ended up right behind his teammate, just outside the top ten.

There was a threat of rain throughout the session, with certain drivers reporting some drops with around 30 minutes remaining. Rain is also expected to be on the horizon for tomorrow, when Sunday's grid will be decided following a further hour of practice.