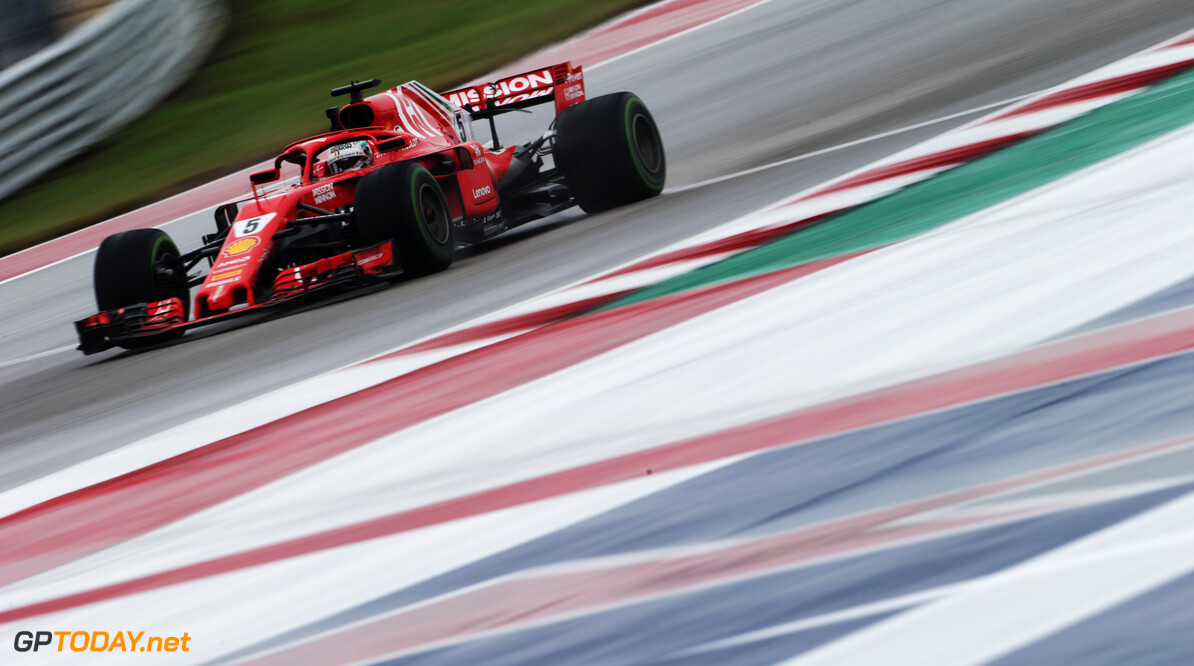 Sebastian Vettel has topped the final practice session from the Circuit of the Americas as the wet weather from Friday failed to interrupt proceedings. The session was completely dry and saw Vettel top the timesheets with a lap time of 1:33.797

Vettel's strong pace won't matter should he carry it over into qualifying, as he will serve a three-place grid penalty following a red flag incident during free practice one on Friday. Behind the German was Kimi Raikkonen, with just 0.046s separating the pair.

Mercedes were not far off the pace of the Maranello squad . Lewis Hamilton was 0.073s behind Vettel, while Bottas was a further seven-tenths down on his teammate's time after backing out of his final qualifying sim lap.

As it has done for many sessions this year, the Red Bull duo filled out the fifth and sixth spots. Max Verstappen ended up ahead of Daniel Ricciardo, who will be looking to get the better of the 20-year-old before he departs the team at the end of the year.

Charles Leclerc stuck in a storming lap at the end of the session to go seventh place, beating Sergio Perez to the 'best of the rest' spot. Ninth was Carlos Sainz in the Renault, while the French manufacturer's rival Haas ended the session in tenth with Romain Grosjean.

Qualifying for the US Grand Prix gets underway at 16:00 local time. Sebastian Vettel's focus will be on getting as high as possible to limit the damage of taking a three-place penalty and stopping Lewis Hamilton from clinching his fifth world title.