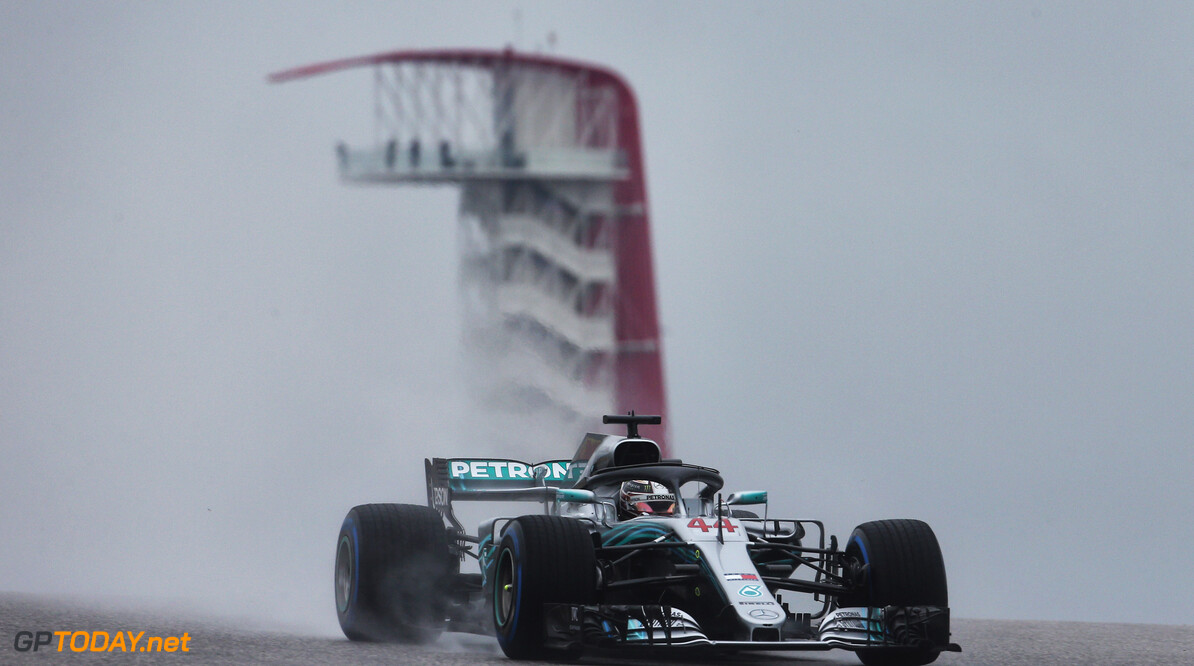 Lewis Hamilton has topped the second practice session from Austin, which saw limited running due to heavy rain. A shower arrived before the start of the session, which deterred teams from sending their drivers out in the tricky conditions.

The rain continued throughout the session, with a car not taking to the track for the opening 45 minutes. Hamilton set his fastest time with just a couple of minutes remaining in the session, putting a 1:46.716 on the board.

Pierre Gasly ended the session in second place, just over a second down on Hamilton's time. His 2019 Red Bull teammate Max Verstappen was third, while his current partner, Daniel Ricciardo, didn't take to the track during the entire ninety minutes.

Fernando Alonso was fourth in the McLaren, but was over three seconds down on pace-setter Hamilton. The Spaniard is entering his last handful of races in Formula 1, as he will walk away from the series following the end of the 2018 season.

Nico Hulkenberg was fifth, followed by Brendon Hartley who was keen to get some mileage in. The Kiwi sat out the opening session this morning as Sean Gelael drove his STR13. Hartley clocked in 19 laps, the most out of anyone in the field.

Marcus Ericsson and Stoffel Vandoorne were seventh and eighth respectively, as both look to be without F1 seats for next year. Following Vandoorne was the Ferrari duo of Kimi Raikkonen and Sebastian Vettel, with the Scuderia outfit not looking keen of displacing Mercedes in the timesheets.

Ricciardo is believed to have suffered a puncture on crucial tyres, which led Red Bull to cancel the remainder of his Friday driving. Romain Grosjean, Kevin Magnussen and Valtteri Bottas were the only other drivers who opted not to set a lap time during the session.