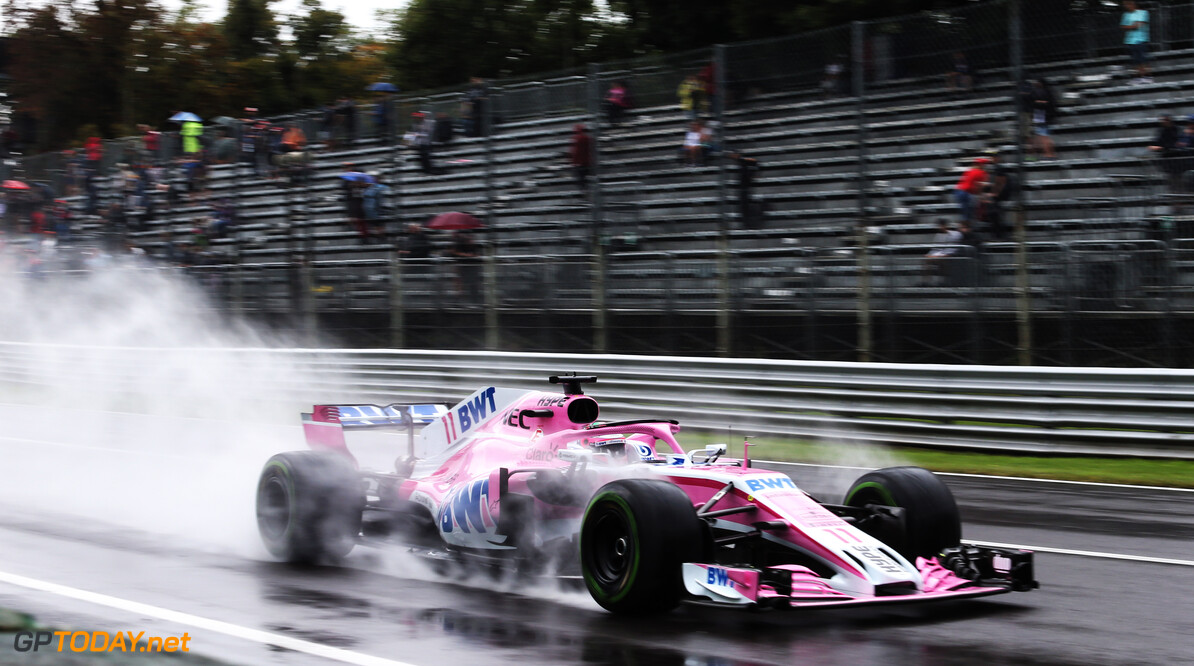 Sergio Perez has topped the opening practice session for the Italian Grand Prix. Heavy rain in the early part of the morning left the circuit very wet, with the GP3 practice session being cancelled due to the adverse conditions.

The rain continued to fall as the morning went on, and it was expected that teams wouldn't do much running in the 90-minute session. However, all ten teams opted to get plenty of laps in, with Raikkonen coming out on top with a 1:34.000.

The rain eased off as the session went on, meaning that the times dramatically improved towards the end. It looked as though Kimi Raikkonen would claim the top spot, before Perez stole the fastest lap right at the death.

Raikkonen ended in P2, behind the second Force India of Esteban Ocon. Brendon Hartley found himself in 4th, setting his quickest time on the drying track. Daniel Ricciardo was 5th, but suffered from an engine scare right at the start of the session.

The Australian is running with Renault's 'spec C' engine this weekend and will take a grid penalty for Sunday's race. However, on his opening out lap, the Red Bull slowed considerably before Ricciardo reported a loss of power. After a return to the pitlane, he was given the all clear and was able to continue.

With two Red Bull linked drivers in 4th and 5th, the trend continued further down into the top ten. Behind Ricciardo was Pierre Gasly, who will be his replacement at the senior team for 2019. Max Verstappen followed the Frenchman in seventh, while Carlos Sainz was eighth.

Sainz's Renault teammate Nico Hulkenberg ended the session in P9. The German will take a 10-place grid penalty this weekend after being deemed guilty of causing a collision on lap 1 of the Belgian Grand Prix. Valtteri Bottas rounded out the top ten.

Sebastian Vettel's weekend got off to a rough start. A hydraulic leak was discovered in his gearbox which ended his session prematurely. The gearbox was an old unit, and he will therefore not be penalised for a replacement.