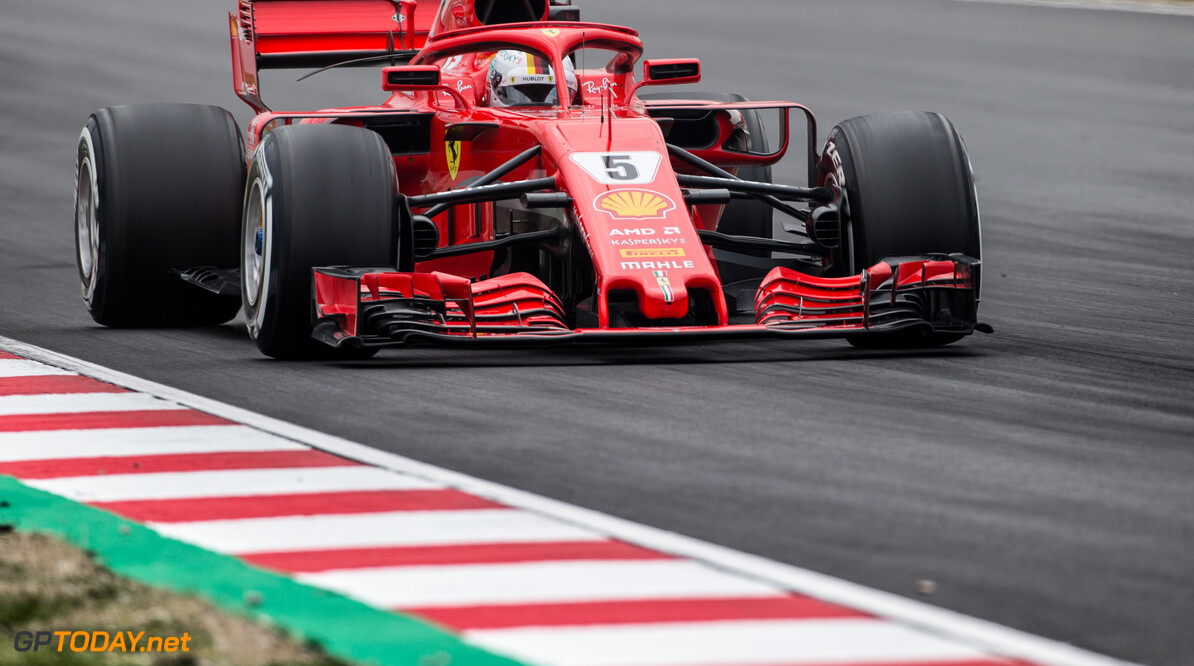 Sebastian Vettel has topped the timesheets at the first practice session of the Belgian Grand Prix. The German's fastest lap time was a 1:44.358, set on the yellow-walled soft tyres.

Vettel finished just a tenth and a half ahead of Max Verstappen, who ended the session in P2. The Red Bull is running with a skinny rear wing with minimum downforce in order to gain time down the long straights around the Spa-Francorchamps circuit.

While the energy drink team may be encouraged by Verstappen's pace, it was a frustrating morning for his teammate Daniel Ricciardo. The Australian had an engine issue throughout the ninety-minute session, with the 29-year-old setting just one lap time right at the end.

Lewis Hamilton ended up in P3, three-tenths of a second behind championship rival Sebastian Vettel. The other Mercedes of Valtteri Bottas was fifth, with Ferrari's Kimi Raikkonen slotting in between the two Silver Arrows.

Despite just setting a single lap right at the end, Ricciardo managed to pull his car into sixth place, with his time 1.2 seconds down on Vettel. It was an encouraging start for the new Racing Point Force India team, who closed out the session in seventh and ninth, Esteban Ocon leading Sergio Perez.

Tucked in between the two pink panthers was the Renault of Nico Hulkenberg, while his teammate Carlos Sainz rounded out the top ten with a lap time of 1:46.210.

After securing his drive at Red Bull for 2019, Pierre Gasly arrives at Belgium in high spirits. The Frenchman narrowly missed out on the top ten, finishing in P11 ahead of his compatriot Romain Grosjean, who is under pressure to keep his seat at Haas.

Charles Leclerc once again demonstrated the strong pace of the Sauber, placing the C37 is P13. Marcus Ericsson followed his Monegasque teammate, while Brendon Hartley's best lap time was good enough for P15.

Amid rumours that he could be going to Force India soon, Lance Stroll was 16th in the struggling Williams. Kevin Magnussen also seemed to lack pace in the Haas, with the Dane ending the session behind the Canadian driver.

Making his F1 weekend debut, Lando Norris was eighteenth for McLaren, ahead of Sergey Sirotkin and the second McLaren of Stoffel Vandoorne. Running at Spa resumes at 3PM local time, where the second practice session will get underway.