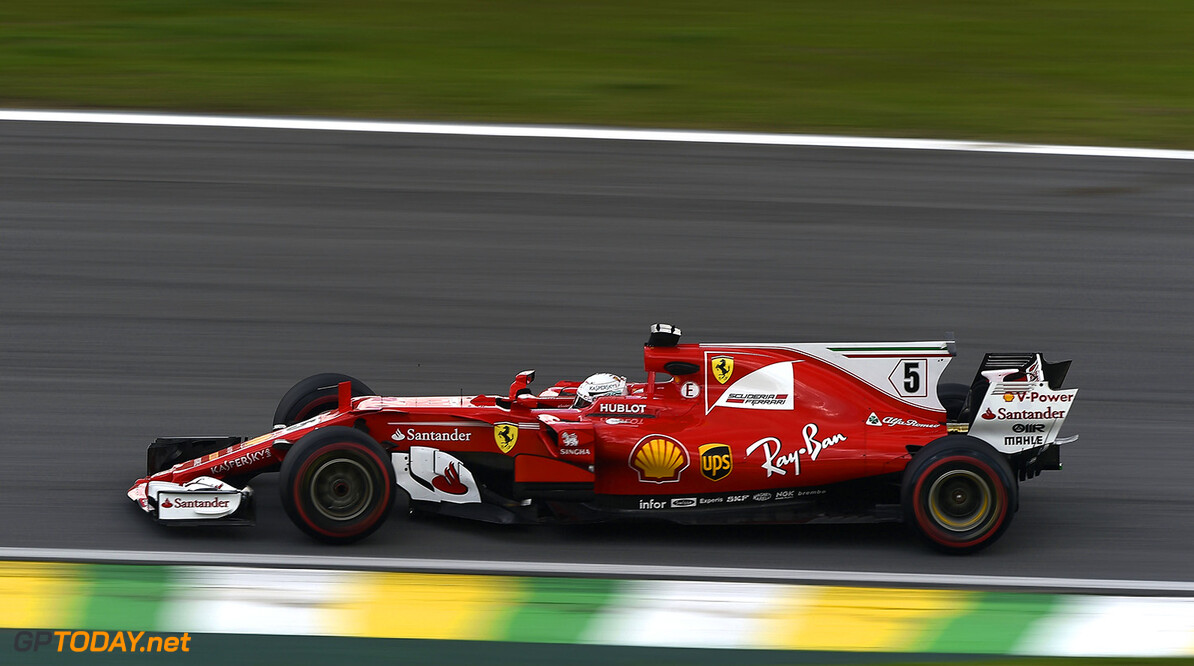 Vettel wins in Brazil as Hamilton recovers to fourth

Sebastian Vettel has won his fifth Grand Prix of the season after taking the chequered flag in Brazil. The German acquired the lead on the first lap into Turn 1, leaping down the inside of Valtteri Bottas who started the race from pole position.

Vettel controlled the pace and was only threatened once when he came into the pitlane one lap after Bottas. However, when he emerged ahead, he was clear of Bottas and maintained the lead comfortably. Bottas himself crossed the line in second place.

Kimi Raikkonen crossed the line in third place to take the final spot on the podium but was forced to hold off Lewis Hamilton in the last handful of laps. The Briton was on much fresher tyres but couldn't find a way past the veteran Finn.

Max Verstappen came home in fifth place, ahead of teammate Daniel Ricciardo in sixth. Ricciardo pitted at the end of the first lap after being involved in a first lap collision with Kevin Magnussen and Stoffel Vandoorne.

Felipe Massa ended his final home Grand Prix in P7, and was involved in an intense battle in the final laps of the race with Fernando Alonso and Perez. Massa held on, with Alonso and Perez coming home in eighth and ninth. Nico Hulkenberg secured the last point for Renault.

Esteban Ocon took his first ever Grand Prix retirement in Brazil after contact with Romain Grosjean on the first lap. Ocon was going around the outside of his compatriot when Grosjean got oversteer and hit into the side of Ocon, spinning both men off.

Grosjean would later receive a ten second time penalty for the incident and retired the car in the final stages of the race. A safety car was brought out while the cars of Vandoorne, Magnussen and Ocon were recovered.

Daniel Ricciardo took the opportunity to pit for a set of soft tyres with the aim of stretching to the end. AT the end of the sixth lap the safety car returned to the pitlane, and instantly Massa got past former teammate Alonso for fifth place.

Despite starting from the pitlane, Hamilton was up into P13 by the end of the sixth lap. By lap 9, he found himself inside the points after overtaking Lance Stroll, Marcus Ericsson and Pierre Gasly. One lap later, he was past the Renault of Carlos Sainz for ninth.

The gap at the front was stable as race leader Vettel controlled the pace. Further back, Daniel Ricciardo got by Stroll and Ericsson in the space of four corners and was up into twelfth. Hamilton found his way past Hulkenberg and now sat in ninth.

Next up for Hamilton was the Force India of Sergio Perez. Perez put up a bit of a fight but couldn't keep the very rapid Mercedes behind. Ricciardo then moved himself into the points by overtaking Sainz.

After disposing of Alonso and Massa, Hamilton set his sights on Verstappen ahead. At the front, Bottas had closed in slightly on Vettel and on lap 28, the Finn peeled into the pitlane to fit a set of the soft c tyres. One lap later, Vettel followed suit.

The gap had closed right up due to Mercedes' one lap undercut, but Vettel managed to keep his Ferrari ahead and pulled out a gap by the time they rounded to start the next lap. Verstappen and Raikkonen then pitted, which promoted Hamilton into the lead of the race.

The four-time world champion led for 14 laps before coming into the pitlane and fitted the super soft tyre, while Ricciardo made his second stop of the day. Hamilton set purple laps and closed up to Verstappen, getting by the Dutchman on lap 59.

Hamilton then chased down the Ferrari of Raikkonen for a podium finish, but a lock-up at Turn 1 seemed to evaporate his pace. Despite being able to stick with Raikkonen, he couldn't get the power down properly in the corners, and had to settle for fourth.

Vettel meanwhile took a large advantage in the battle for second place in the championship as he now sits 22 points ahead of Bottas with just one race to go in the 2017 world championship. 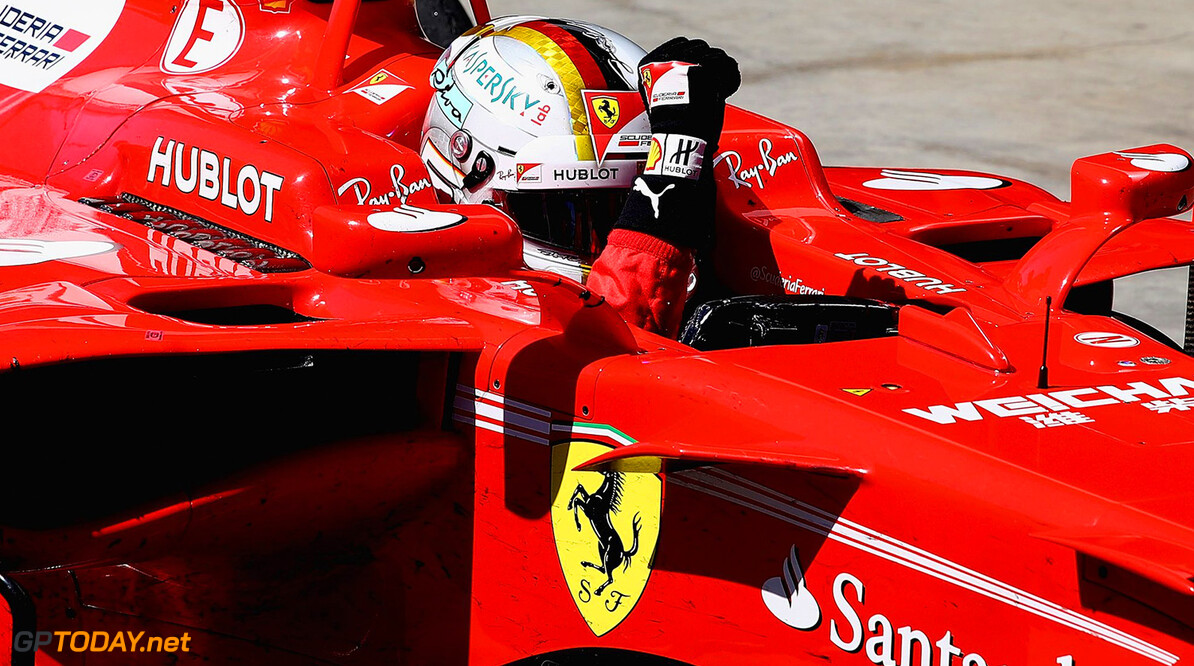 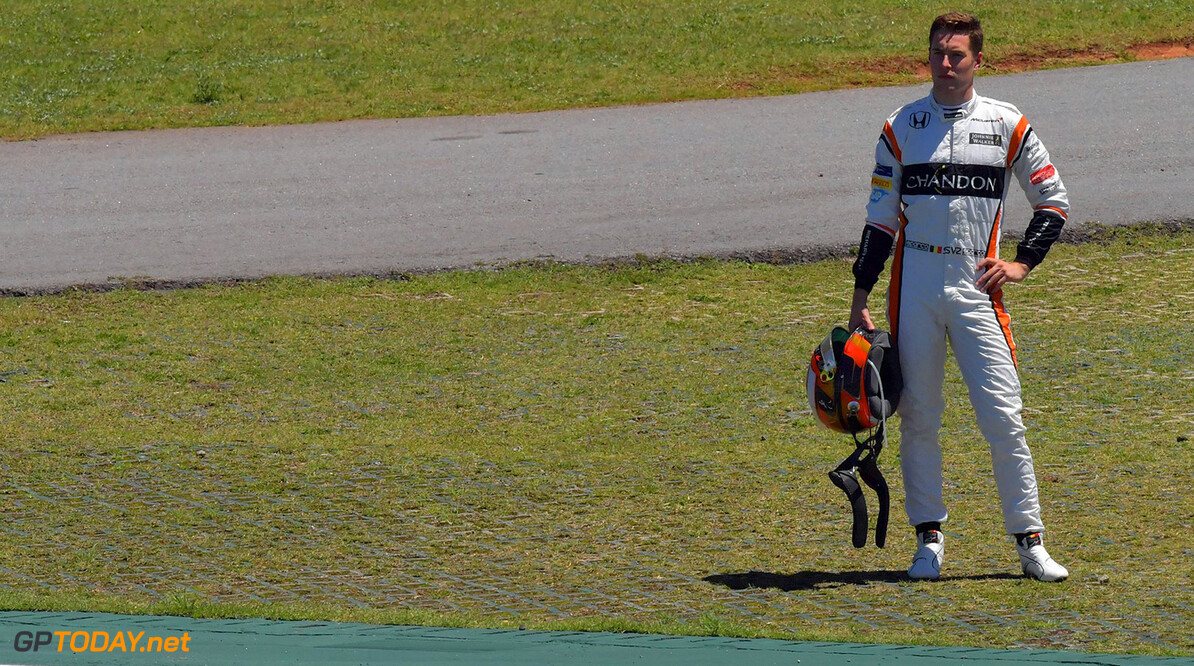 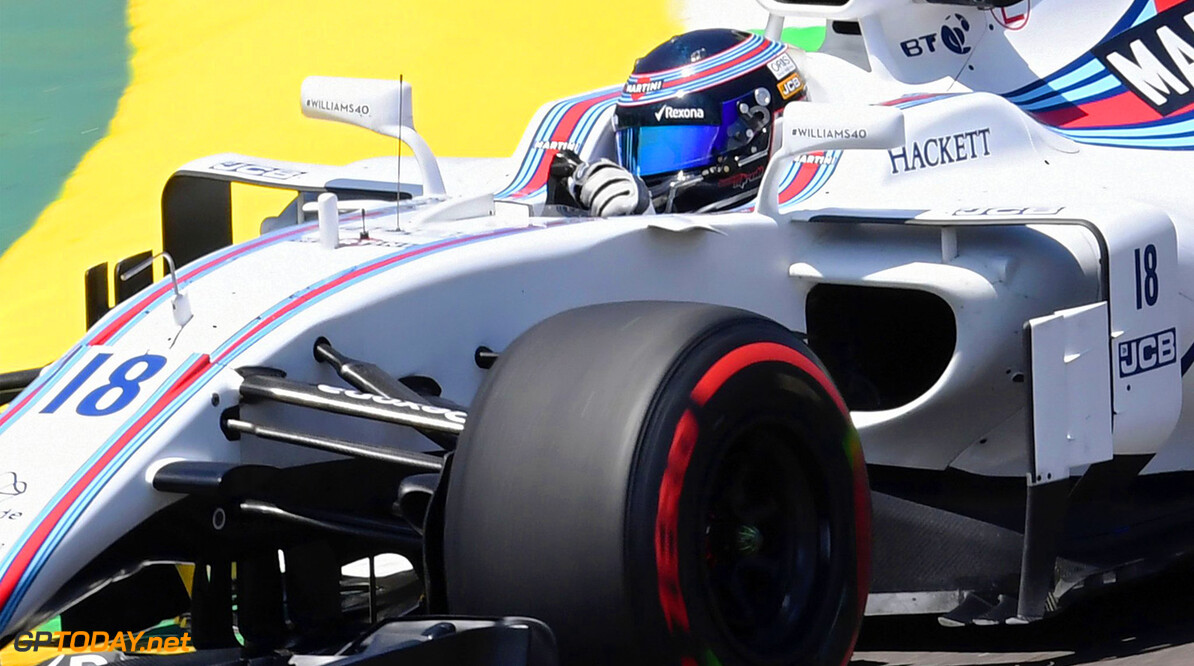 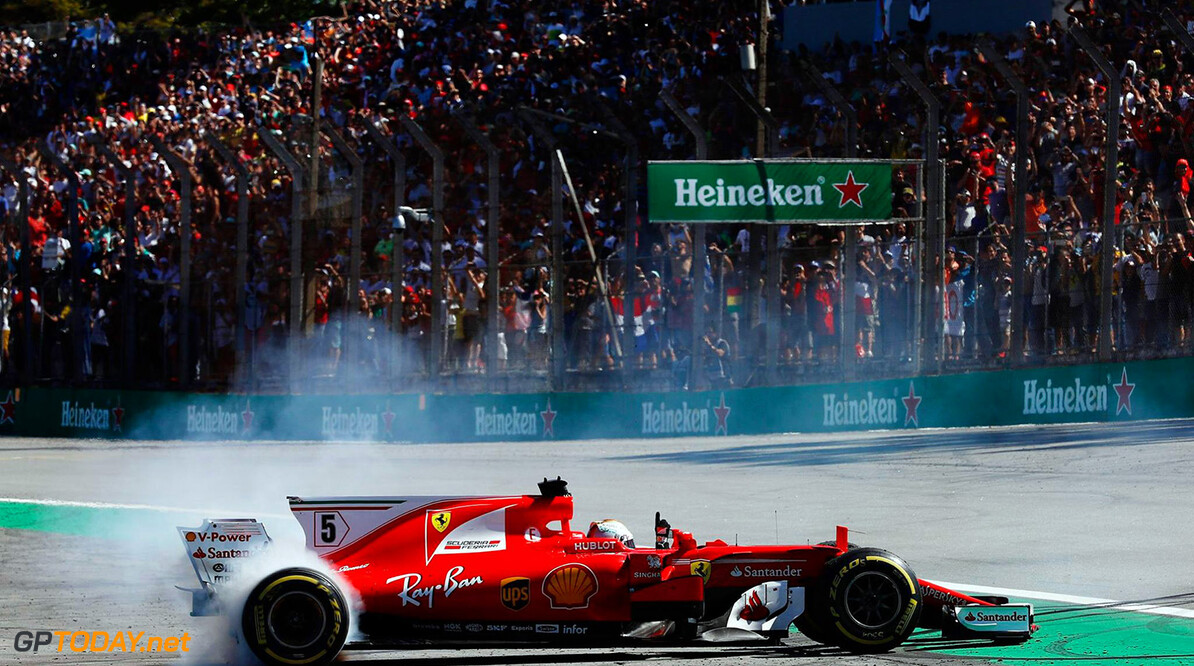 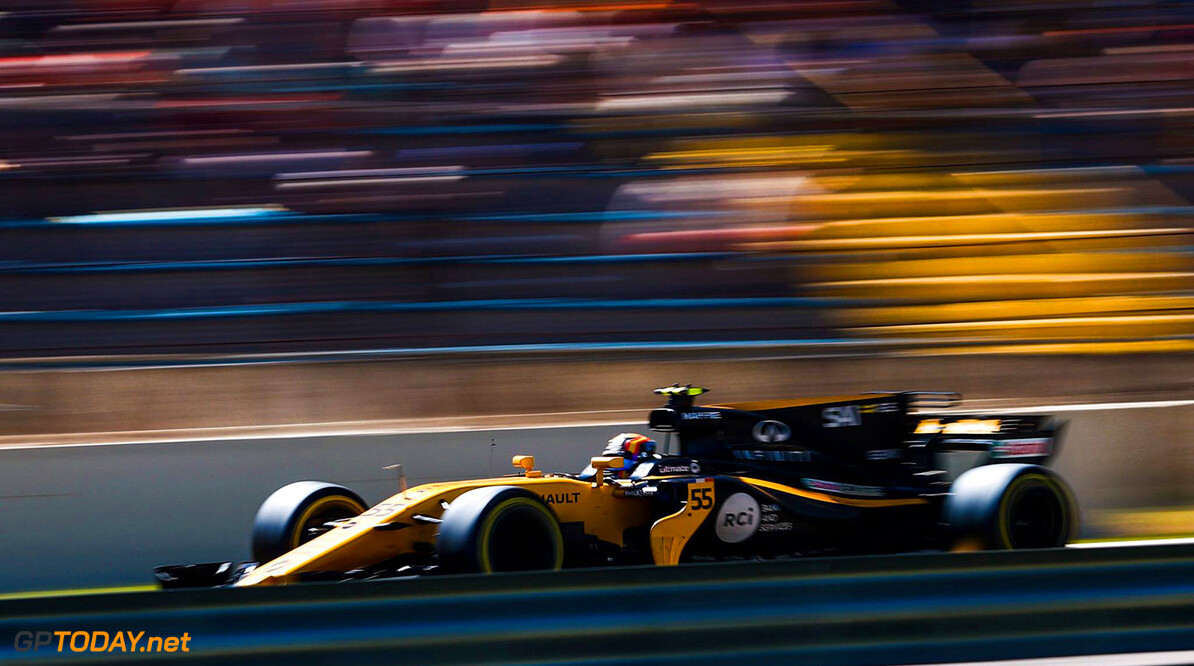 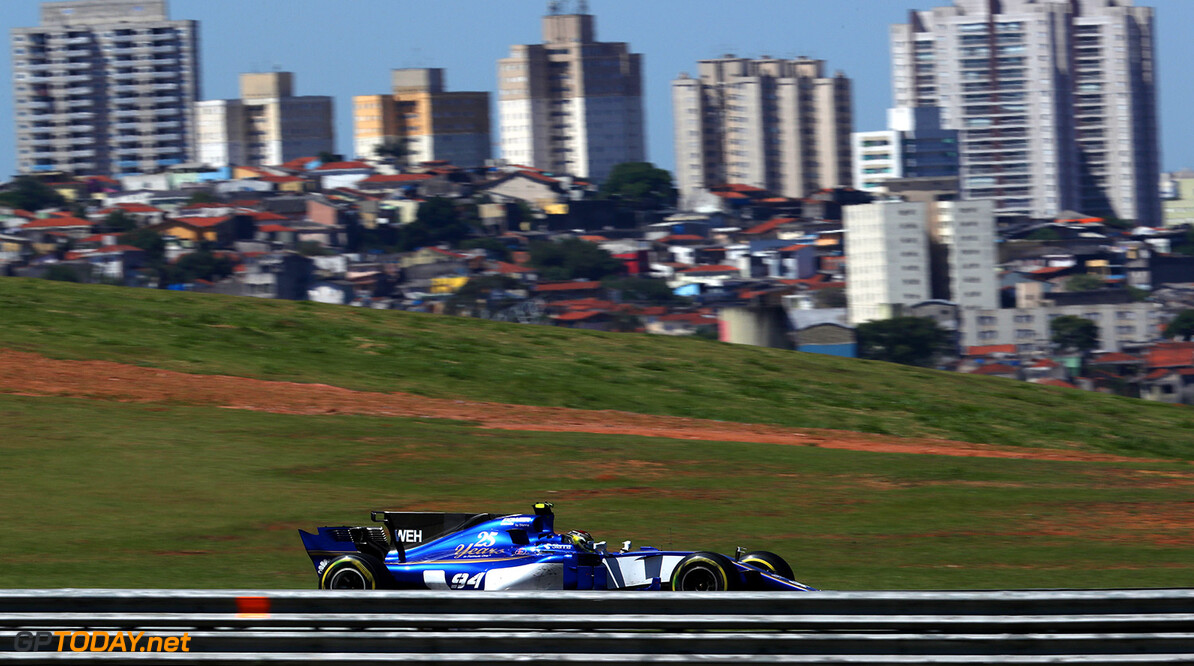