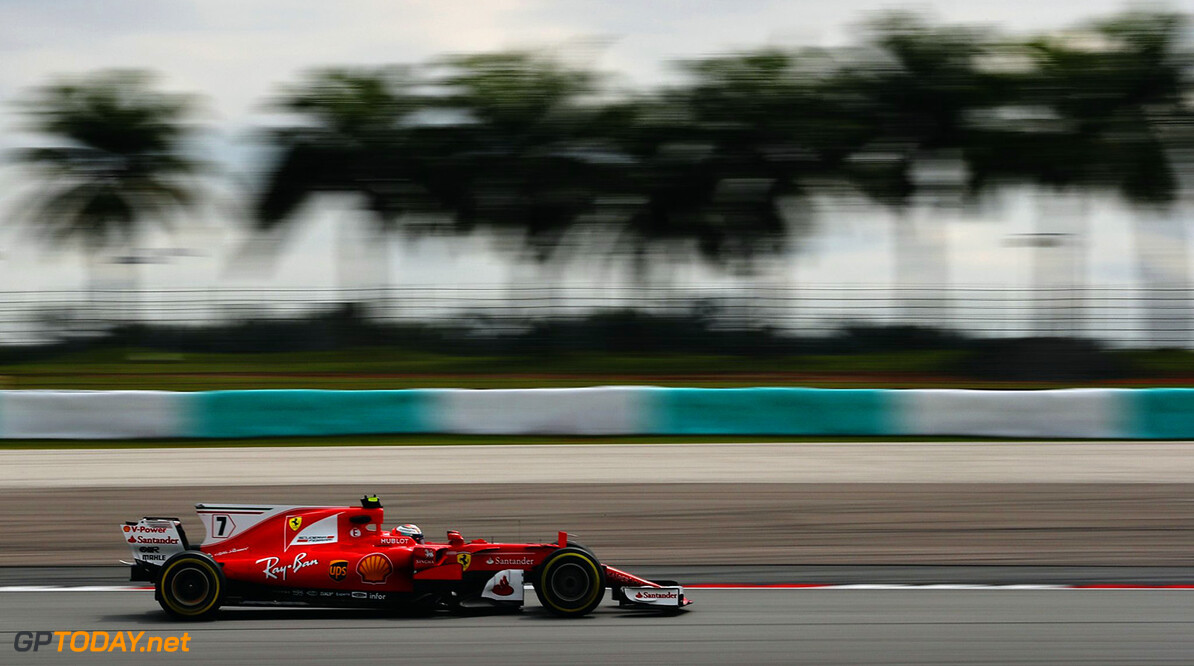 Kimi Raikkonen has ended the final practice session at the Sepang Circuit on top of the timesheets. The Ferrari driver was quicker than his teammate Sebastian Vettel, whose fastest lap was good enough for second place, a tenth and a half down on Raikkonen.

Mercedes' concerns over its pace have continued into Saturday after a disastrous Friday saw the Silver Arrows well off the pace. While the gap has closed since the first day of running, Valtteri Bottas was four and a half tenths behind Raikkonen in fourth, with Hamilton even further behind in fifth.

Vettel suffered from an engine issue late on in the session and was forced to crawl back to the pitlane. The German will be hoping it's a quick fix as he attempts to hunt down and eat into Hamilton's 28 point lead in the driver's championship.

Red Bull continue to look strong at Malaysia, one year on since Daniel Ricciardo secured his fourth career win. The Australian was third at the end of practice, while Verstappen concluded in sixth. At the end of the session, Verstappen collided with Jolyon Palmer at the final corner which resulted in a puncture for Verstappen, while Palmer suffered front wing damage.

Sergio Perez was seventh, followed by Felipe Massa and Esteban Ocon. The midfield battle looks set to be immensely tight, as the three aforementioned drivers were separated by less than a tenth of a second. Stoffel Vandoorne rounded out the top ten.

The two Toro Rossos followed next, with Carlos Sainz ahead of debutant Pierre Gasly. Just under three-tenths of a second separate the two Red Bull junior racers, a margin Gasly can be encouraged by heading into his first qualifying session.

Jolyon Palmer was seventeenth and was summoned to the stewards following the session, along with Max Verstappen due to the incident caused in the final minutes. He led Romain Grosjean while the two Saubers of Marcus Ericsson and Pascal Wehrlein rounded out the timesheets.