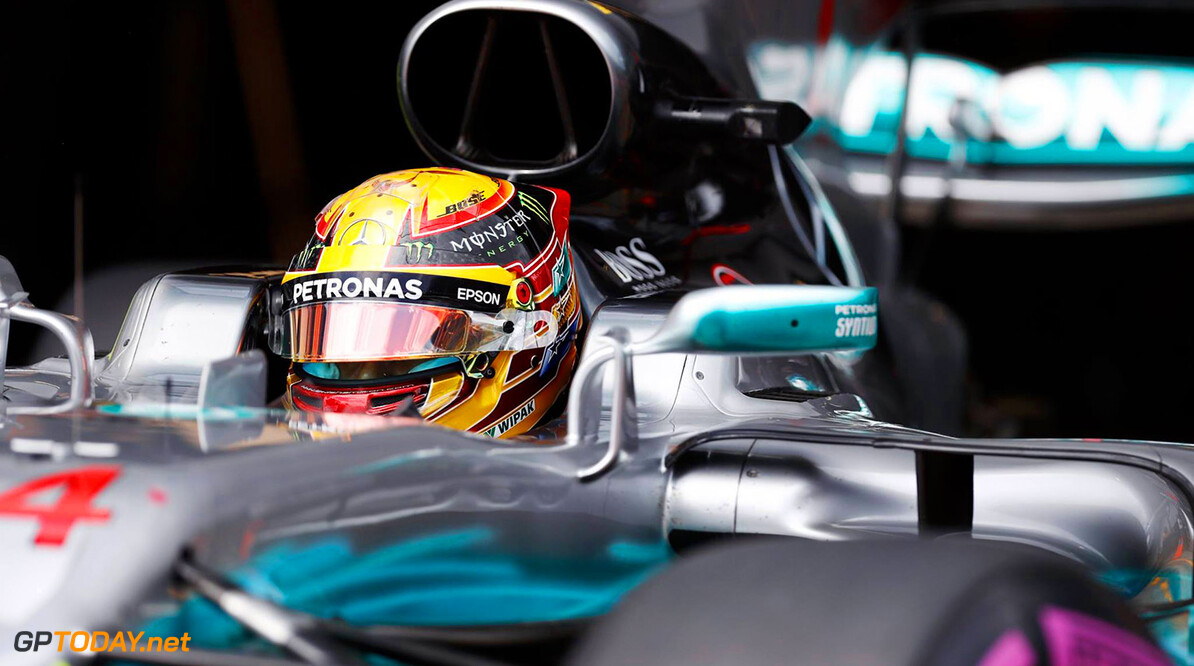 Lewis Hamilton joined all-time greats Jim Clark and Alain Prost in the record books on Sunday as he won a joint-record fifth British Grand Prix. The Briton made the most of a comfortable pole position to leap into the lead at the start and stay there from lights to flag. He was followed home by his recovering team-mate Valtteri Bottas, who started ninth but inherited an unexpected second in the race's dramatic final laps, and Ferrari's Kimi Raikkonen - who took third despite a late tyre failure.

Max Verstappen, who carried most of Red Bull's hopes going into the race following Daniel Ricciardo's back row start, finished fourth after a last lap pit stop, but Ricciardo staged a recovery of his own to storm into fifth. Nico Hulkenberg completed the top six in his Renault, carrying his strong qualifying form over to the race to take more valuable points back to Enstone.

The remaining points positions were filled by Hamilton's title rival Sebastian Vettel, who was demoted from fourth having locked up with his own tyre issues at the end, the Force India duo of Esteban Ocon and Sergio Perez, who scored at their home race, and Felipe Massa - who struggled but ultimately held on to take the final point for Williams.

As the lights went out, Hamilton made an ideal start to immediately take the lead going into Turn 1, although not without a challenge from second-placed Raikkonen. Behind them, Verstappen had leapfrogged Vettel, the Dutchman managing to get through the first lap unscathed, as Bottas also made immediate progress to seventh from his grid slot.

As one pair of Red Bull drivers moved forward - with Ricciardo also shooting up from nineteenth - another found themselves going nowhere, as a collision between Toro Rosso's Daniil Kvyat and Carlos Sainz saw the Spaniard spinning off at Becketts with terminal damage and out on the spot. He stormed away from his car, furious with his team-mate, as the Safety Car was deployed. When racing resumed on lap 5, Hamilton got to work extending his lead over Raikkonen, and it stood at 2.5 seconds on lap 10 as he continued to pull away.

Vettel became the first of the frontrunners to make a pit stop on lap 19, going for Soft tyres and the undercut as he momentarily escaped from the pressure put on him by Bottas, who had been challenging for fourth. He emerged in sixth, but when Verstappen followed a lap later, the stop was slower and the Red Bull was unable to keep its advantage over the German. Vettel was free, but his difficulties were not over as his tyres would prove later.

When Hamilton made his stop on lap 26, he had such a lead that Mercedes need not have rushed - he would comfortably retain it on exit. Behind him, there had been further position shuffles as Verstappen had taken fifth from Hulkenberg, with his team-mate taking McLaren's Stoffel Vandoorne for eighth soon after, but the Briton had a clear track and no struggles to talk about - unlike his rivals.

On lap 28 Raikkonen reported that something was loose in his cockpit, and although he was temporarily able to continue, his pace would be under threat from Bottas, who had slipped back to third, team-mate Vettel and Verstappen. Hulkenberg would also soon be chased by Ricciardo, who would eventually be told that he would catch the Renault with two laps to go - and there were only five to go when the real drama unfolded.

Raikkonen was still holding second, but his plans for the closing stages would be severely compromise when his front tyre deflated, forcing him to make a late stop and seemingly dropping him out of the top three. He would be handed a lifeline, however, when Vettel had a similar problem shortly afterwards - with the German's stop putting him seventh. Raikkonen therefore reclaimed a podium spot with third as Verstappen took advantage of events to move into fourth after his own precautionary visit to the pits.

Ricciardo eventually did take fifth after Hulkenberg slowed with a lack of electrical power in his engine, but there was no such slowing for Hamilton, who took victory to the delight of his home crowd. Bottas completed an ideal one-two for Mercedes, with Raikkonen crossing the line a dismayed third. He was not the only dissatisfied man on the grid, as the three retirees also proved less than happy with their afternoons.

The first of these was another British driver, Jolyon Palmer, who did not even make it past the formation lap due to an undetected hydraulic leak, and whose stranded car caused an initial aborted start. The aforementioned Sainz exclaimed over the radio that Kvyat had "done a good job" in taking him out after their collision, while yet another loss of Honda power caused a star of Saturday, Fernando Alonso, to retire on lap 34. 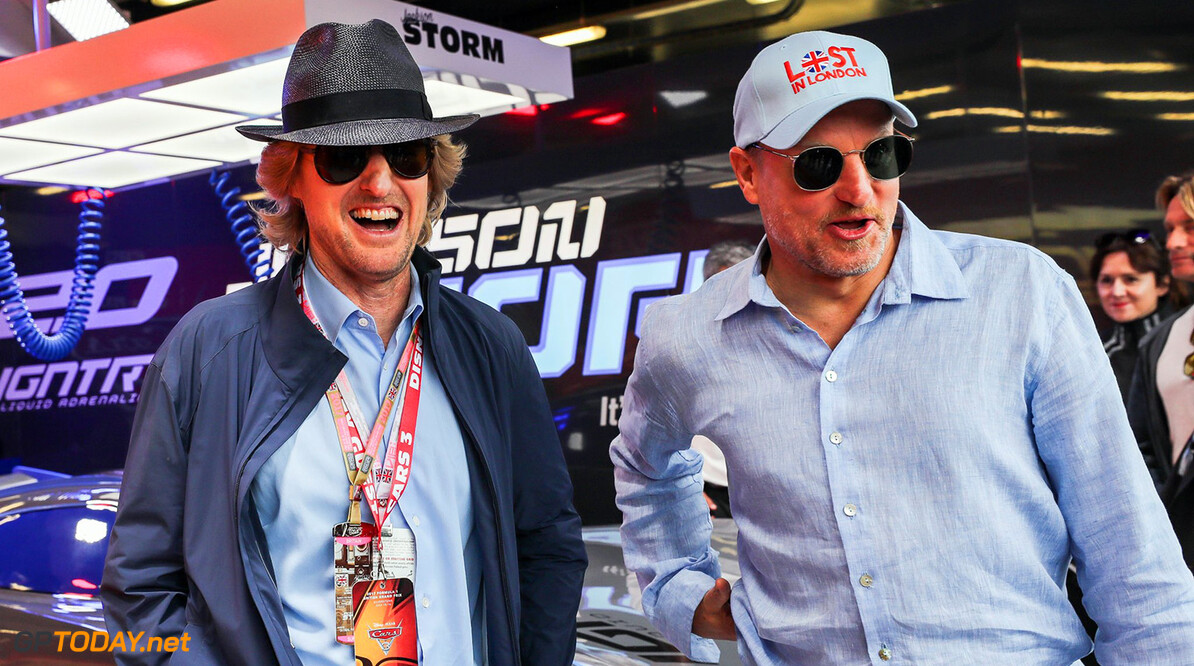 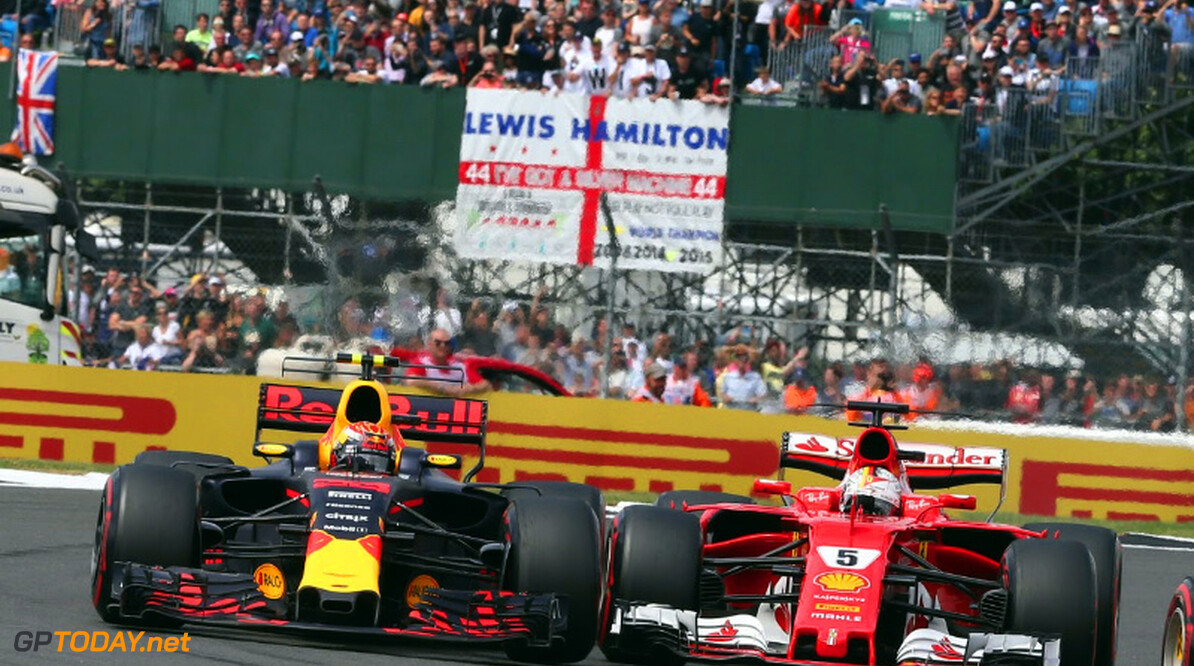 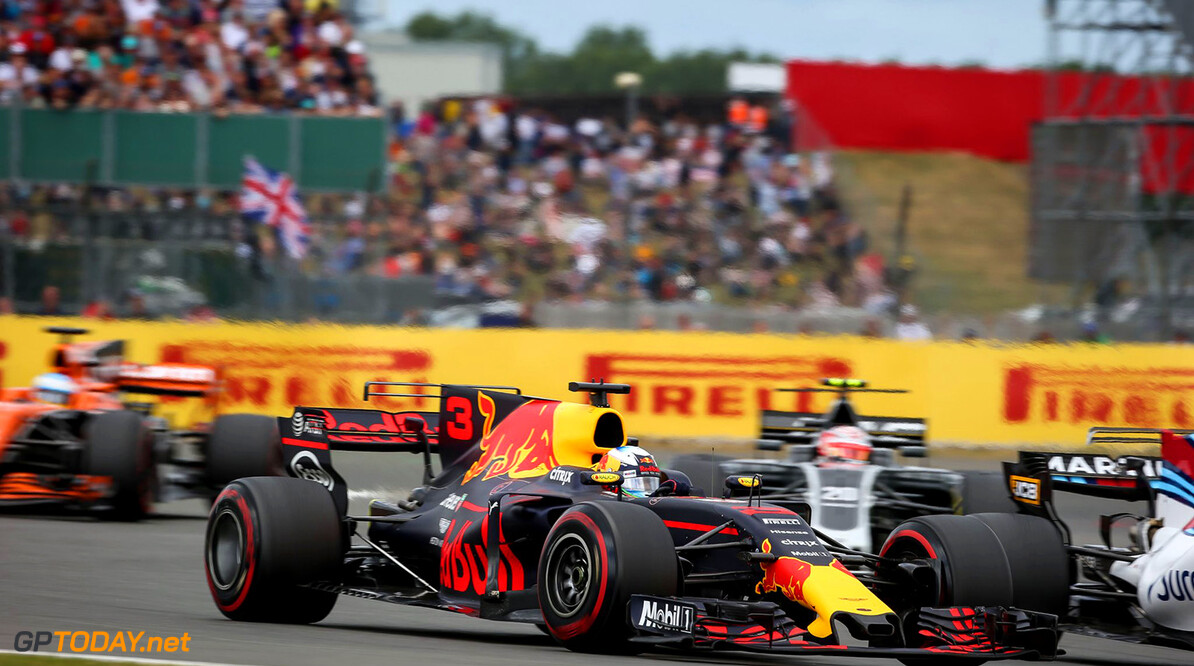 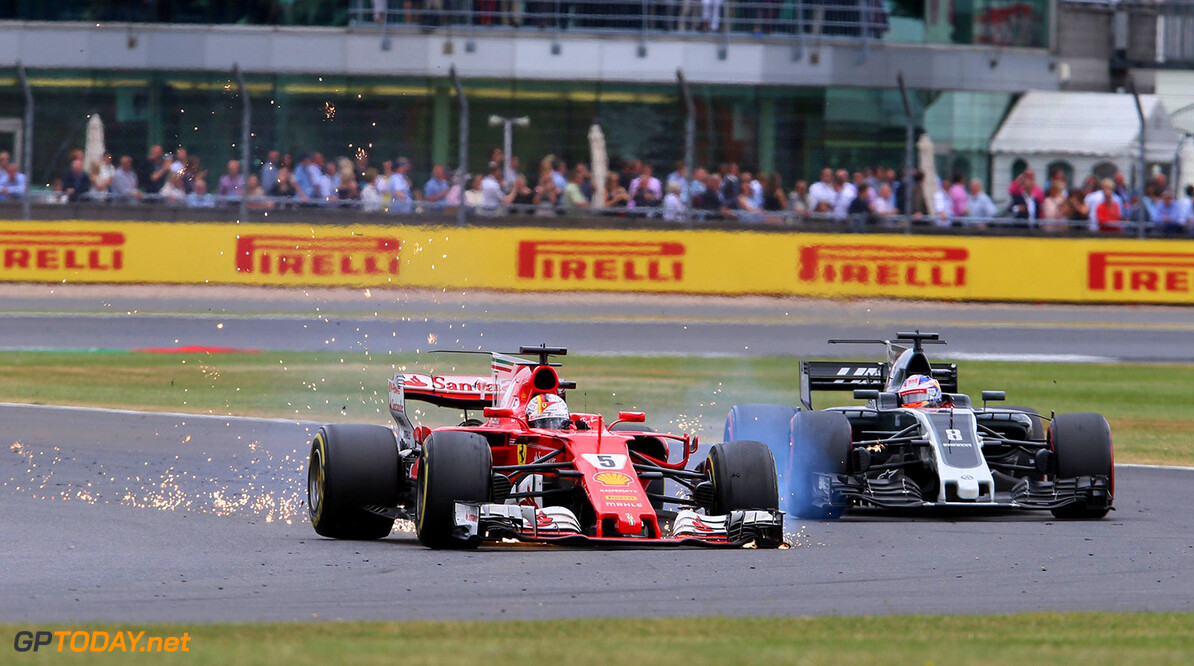 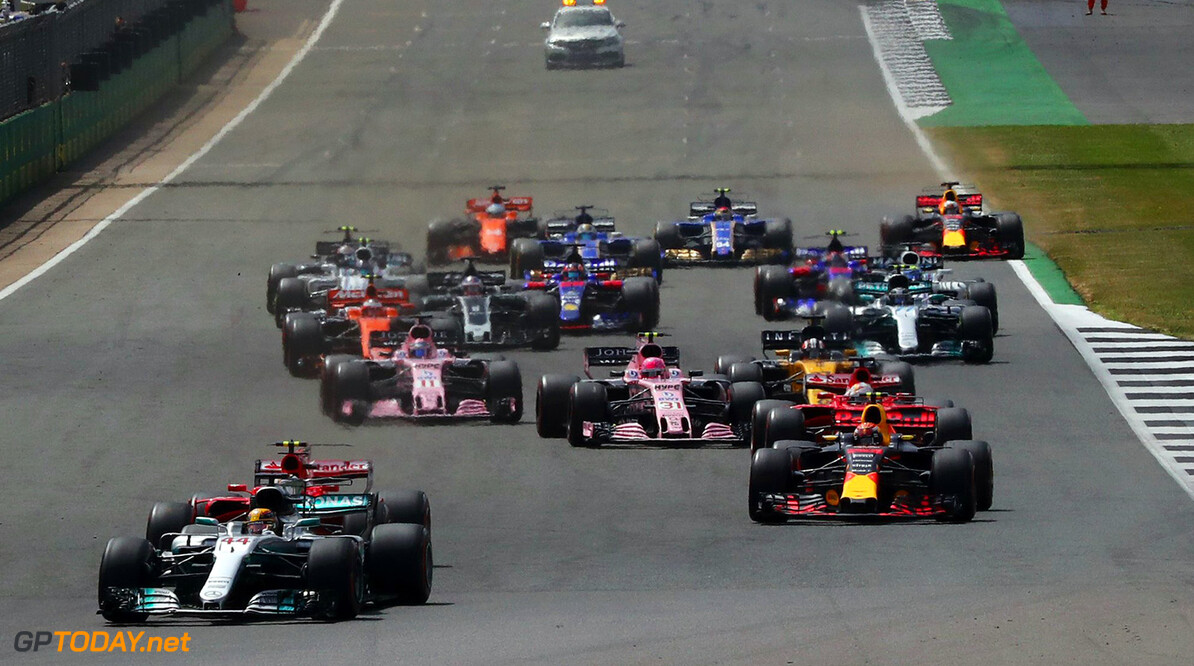 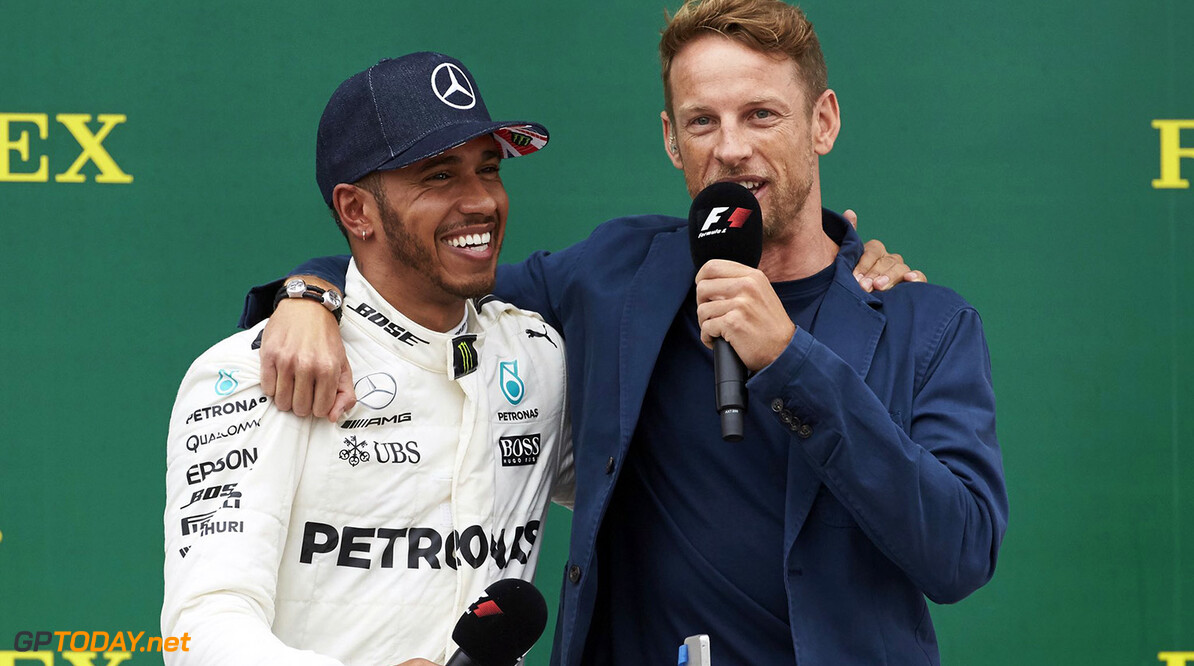 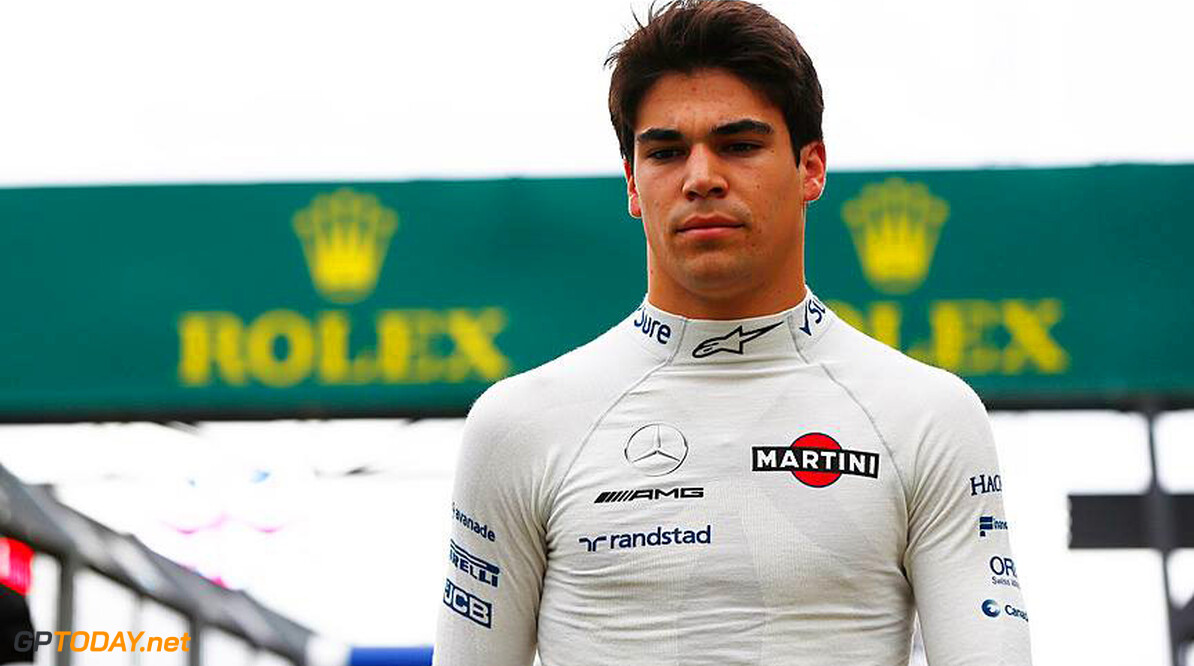 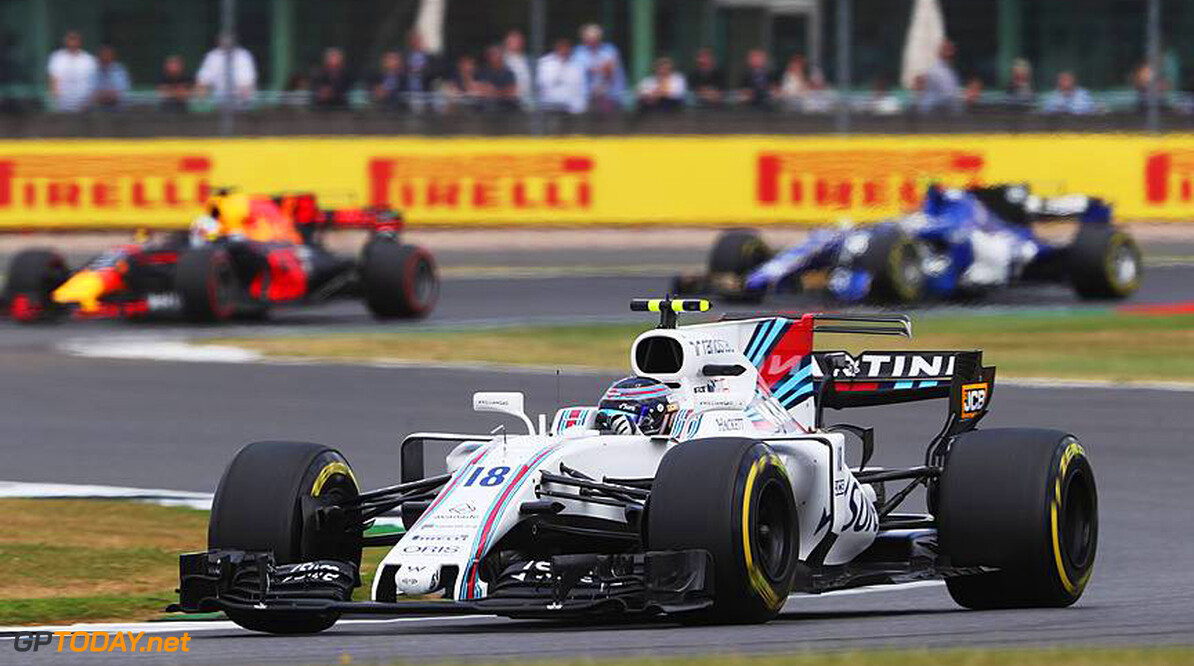 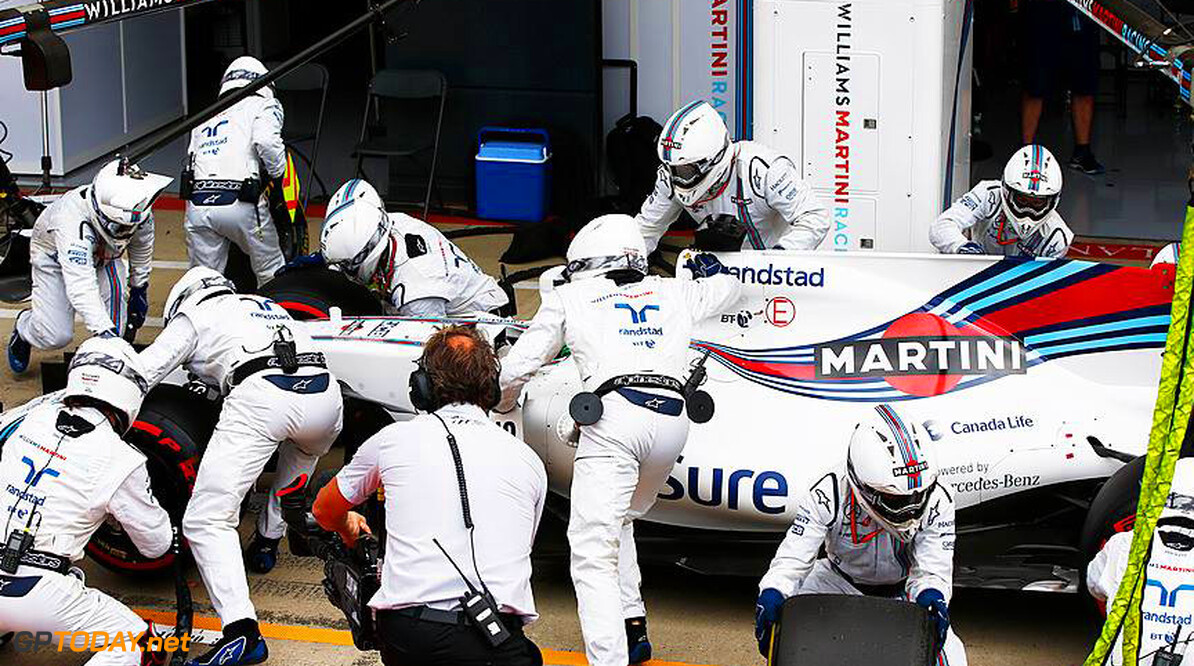 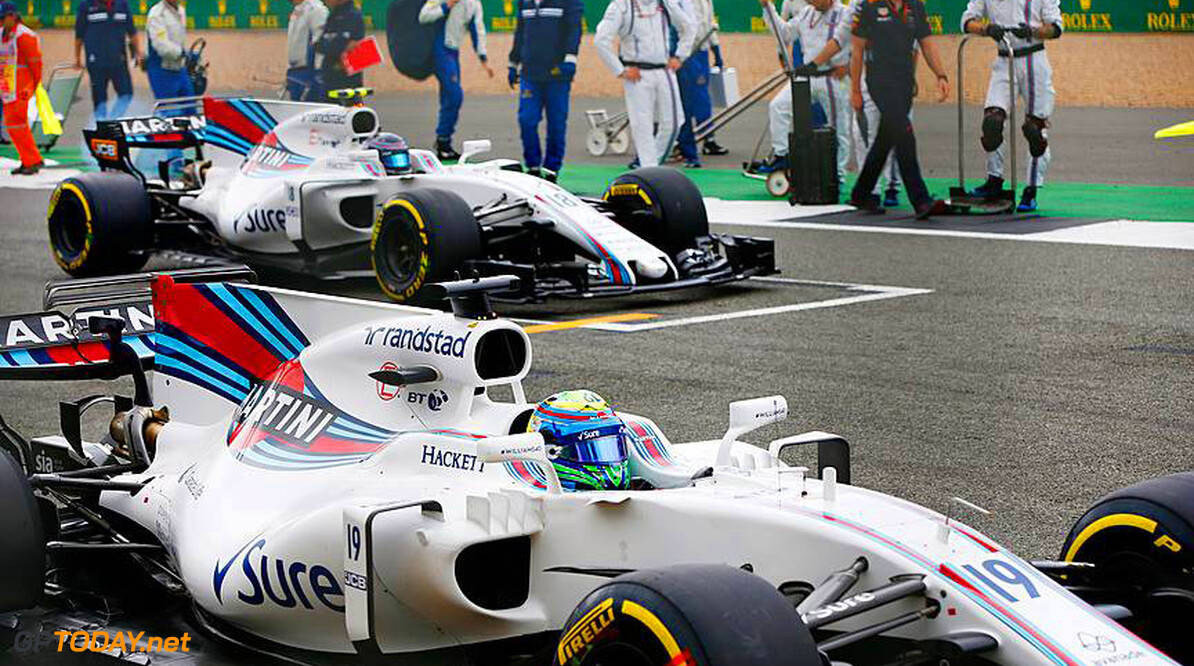