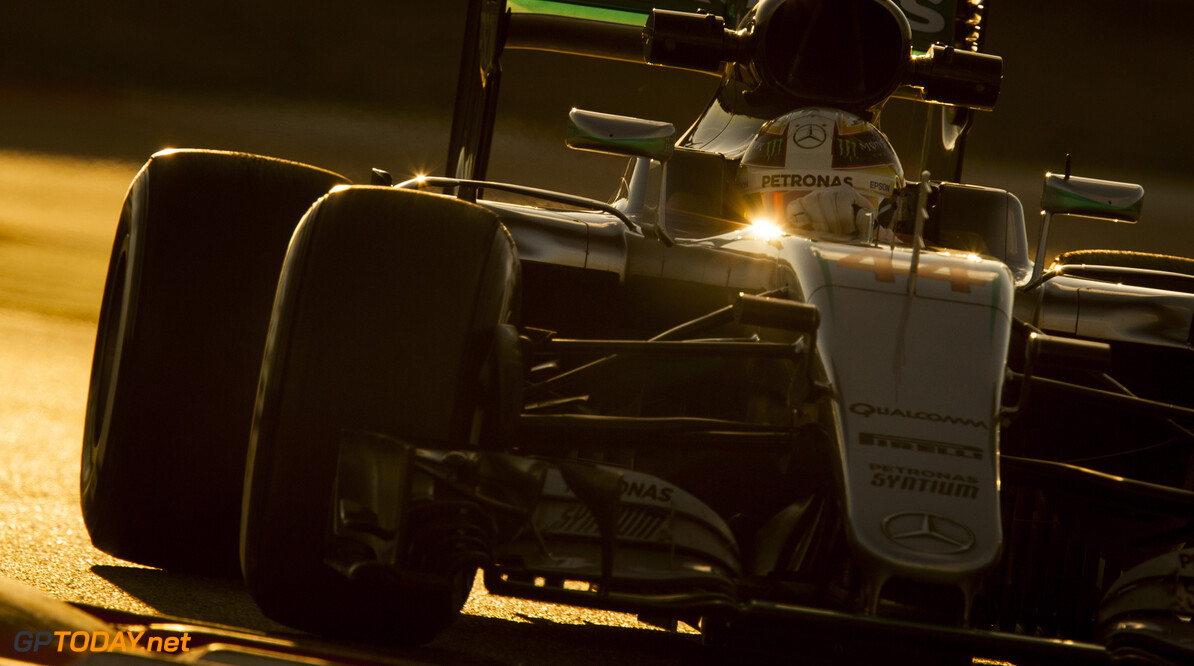 Nico Rosberg was again second, but he had closed the gap to within a tenth of a second of Hamilton's pace setting one minute 40.861 seconds lap time.

Ferrari's Sebastian Vettel moved up to third, but his session was cut short due to a gearbox failure with less than 15 minutes to go.

Max Verstappen and Daniel Ricciardo of Red Bull were next, despite a loss of power for the former. Kimi Raikkonen was the sixth fastest.

His compatriot Valtteri Bottas finished the session in seventh, ahead of the Force India duo of Sergio Perez and Nico Hulkenberg, while Felipe Massa, competing in his final Grand Prix weekend, was tenth.

It was a better session for McLaren, with Fernando Alonso and Jenson Button in 11th and 12th.

Haas were next up with Esteban Gutierrez beating team mate Romain Grosjean to 13th.

Jolyon Palmer was 15th fastest, ahead of both Manors who enjoyed a relatively strong session.

Felipe Nasr and Marcus Ericsson were 18th and 19th for Sauber, while Kevin Magnussen, Carlos Sainz and Daniil Kvyat rounded out the runners.

Kvyat one again had his session cut short due to a left rear puncture.