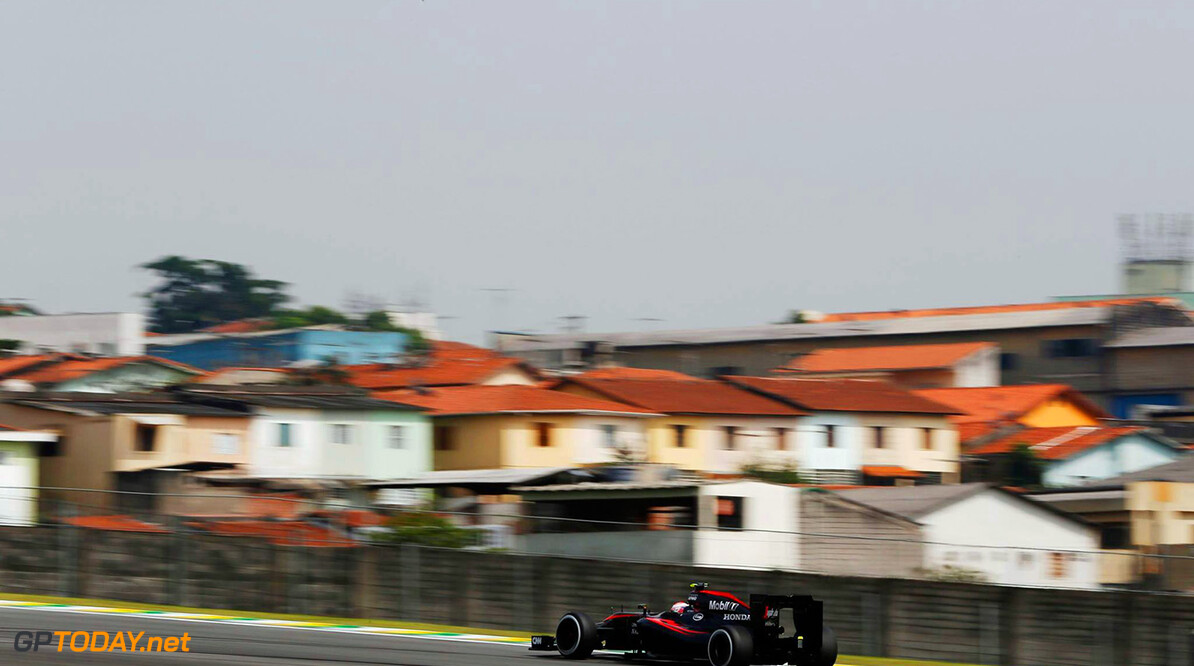 A late Notebook for this weekend's Brazil Qualifying but no change in the story as Nico Rosberg earns his fifth Pole in a role.

Main talking point to come from Saturday is that Formula One World Champion Lewis Hamilton seems to have written off rest of the year. The Briton has already won the Drivers' and Pole Titles, something that he eluded to during the post drivers' press conference when questioned on his downturn of form.

"My main job this year is done now," Hamilton responded. "I've won most poles this year and the World Championship, so there's nothing really to read into it."

Eight years Hamilton has been in Formula 1, and he has always adopted the attitude of going flat-out to achieve every race win, no matter how significant or insignificant it may be. With that said, is the triple-world champion feeling under pressure after abstaining from the mandatory post-qualifying photo - as things are now starting to look more promising for his German Team Mate. Rosberg has now kept Hamilton off pole position since September with him earning his last Pole at Monza - who at the time had a superior engine than Rosberg

Hamilton can indeed take positive in that four of the last six winners of the Brazilian GP have not come from Pole Position. However, he will have to make his move at the start, as the Track of Interlagos does not promote overtaking. Or failing that, maybe an overcut to which he tried last year, and it almost worked. Unfortunately he spun under braking, losing his advantage. So if Hamilton is still in second place during the first stint, soon as the lead car pits first - which will be Nico Rosberg - watch out for some on the limit couple of the laps from Lewis.

Sebastian Vettel earned his eighth 3rd place qualifying position of the year. Although ultimately the Ferrari was out of Mercedes' reach, he does feel that Sunday's race will bode better for the Italian outfit.

"Hopefully we can make a step forward for tomorrow and improve the car. Today everybody struggled quite a lot with the tires: they seem even more tricky than last year, but then I think it was slippery for everyone. I tried to do the best I could, but maybe I wasn't quick enough. The car as moving around and sliding quite a lot. Hopefully tomorrow we will be in better shape."

A man who is in desperate need of a good race weekend is Kimi Raikkonen. The Finn has done half of the job, starting in 4th place for the race. However two collisions with his fellow countryman Valtteri Bottas - who starts in 7th position - all eyes will be on the two to see if they can escape what would be a third cringeworthy incident. Bottas' Team Mate, Felipe Massa, will start in ninth place and Williams are confident that both drivers will have a good race for tomorrow despite the home favourite having issues on both Friday and Saturday. Williams appears to have sussed out the Soft and Medium Tyre, which should help them to extract maximum performance for the race.

Ricciardo's new engine powered him to ninth position, but he will start the race in 19th due to an engine change. The Australian will have his work cut out, as the Red Bull does go well round Interlagos -  so they will be praying for a wet race. Daniil Kvyat continues to impress who was running the old spec Renault Engine. He qualified in 7th, but will move up to 6th after Bottas' 3-place penalty.