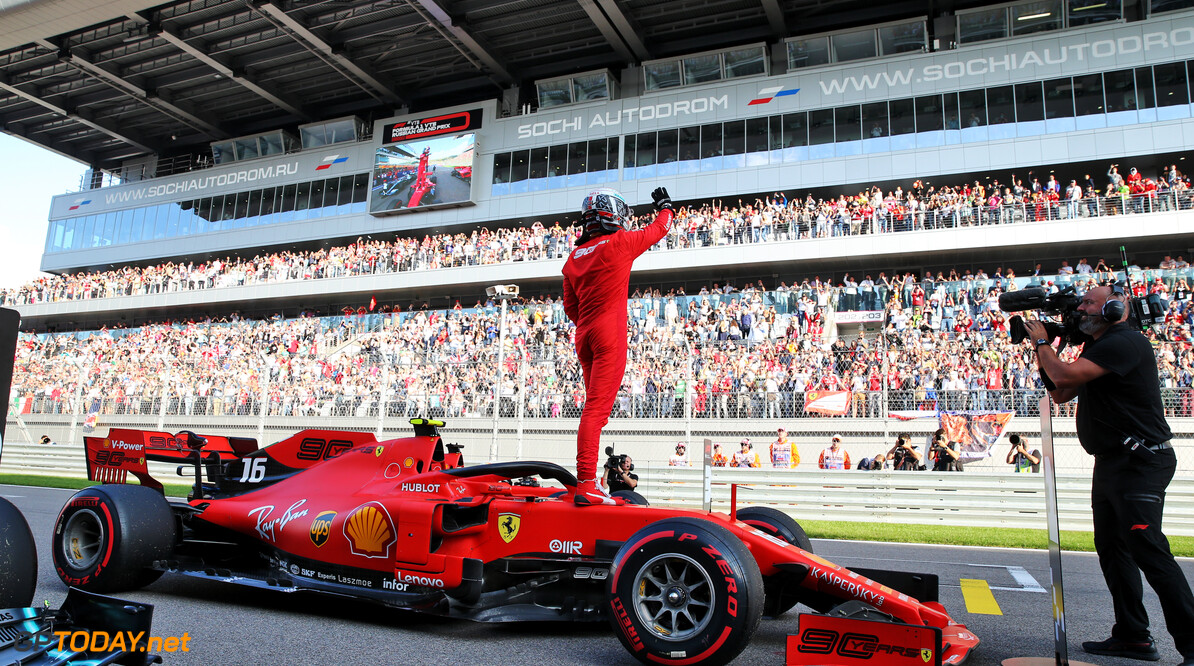 The Monegasque driver looked to be heading a Ferrari one-two for the start of Sunday's race before Lewis Hamilton pipped Sebastian Vettel for second in the final moments.

Vettel failed to improve on his final lap in Q3, making a mistake on the exit of Turn 5 which cost him time. Valtteri Bottas aborted his final run and ended up in fifth, behind Max Verstappen.

However, Verstappen is set to start the Grand Prix from ninth place, as he will take a grid penalty for receiving a new power unit.

The second Red Bull of Alexander Albon failed to progress from Q1, as he spun into the barriers at Turn 13 while attempting to set a hot lap.

Verstappen's penalty means Bottas will share the second row with Vettel, while Carlos Sainz and Nico Hulkenberg progress onto the third row for the start of the race.

Lando Norris held the advantage over Sainz after the first laps, however the Spaniard found time on his final lap to go less than a tenth faster than Norris.

Romain Grosjean managed to make it into Q3 and set the ninth fastest lap time, ahead of Daniel Ricciardo, who rounded out the top ten.

Danil Kvyat failed to take part in the session following his engine problems in P3, however he was set to start from the back of the field anyway, meaning there was no rush to change the unit.

He exited the opening session alongside Albon and the two Williams' while Kimi Raikkonen was the midfield runner that fell victim to the drop zone.

Lance Stroll made it out of Q1, however neither Racing Point could progress past the second stage. Stroll will line up in 15th, while Sergio Perez ended the session in 12th, behind Pierre Gasly.