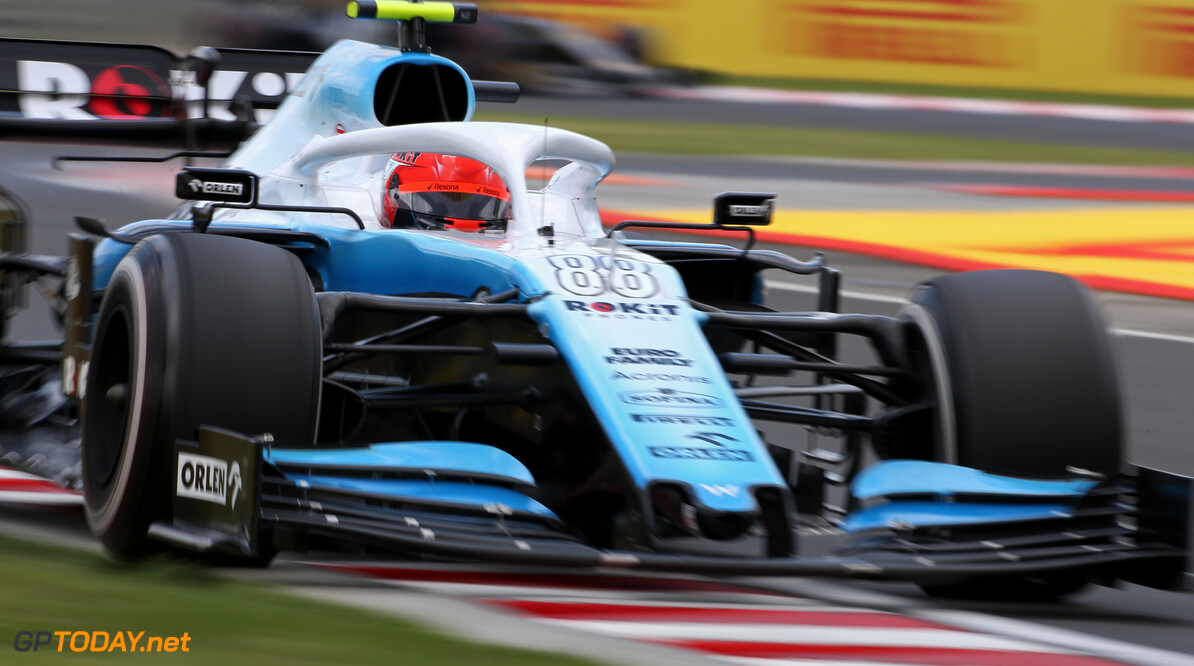 Kubica happy with car balance despite 1.3s gap to Russell

Robert Kubica says he was happy with the balance of his car despite the 1.3 second gap he had to Williams teammate George Russell at the end of qualifying.

Kubica has not yet out-qualified his rookie teammate so far this year, with Russell having already wrapped up the intra-team qualifying head-to-head battle.

Russell impressed during qualifying at the Hungaroring, qualifying in 16th place ahead of two Racing Points and a Renault, while Kubica was at the back of the field.

The Pole insists that there was nothing wrong with his car, but that he was struggling for overall grip on his hot laps.

"The gap was pretty big, but it has been big before qualifying, in FP3," Kubica said. "I was actually quite happy with the balance and everything, but the pace was just not there.

"I was struggling with grip and for the last round in quali, I was trying a few things, desperate to move.

"I was pretty sure that it would not work but the gap was so big so it didn't work at all. Even if I would have kept everything the same it would still be off the others.

"When there's a 1.3-second gap, even if you cut it in half, it's still quite a significant difference. Everyone is driving into the grip limitations, and I don't think we had balance issues."

Kubica scored his first points of the season last tie out in Germany, courtesy of penalties for both Alfa Romeo cars.

The 34-year-old is taking positives from Russell's strong qualifying performance and is hoping that the feeling will come to him at some point during the season.

"For sure, he is happy and you can see it on the lap time," Kubica stated. "Hopefully one day I will get the same feeling in the car and I'll be able to enjoy it even more."