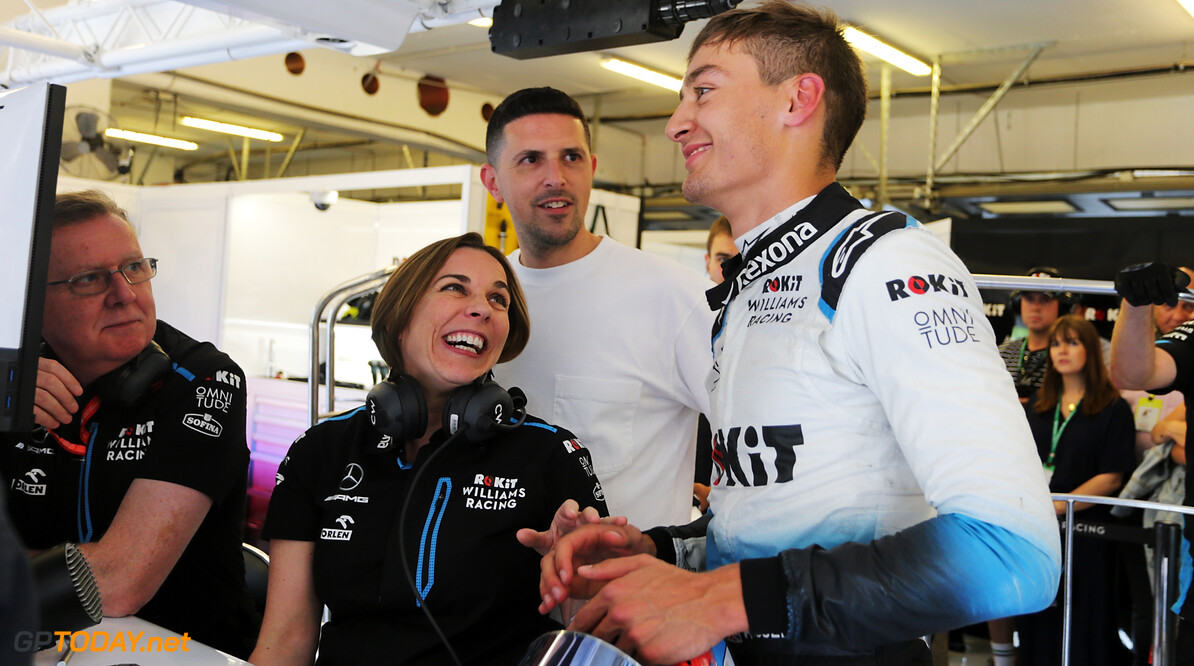 George Russell says his Williams FW42 "came alive" during qualifying for the Hungarian Grand Prix, as the Briton stormed to P16 at the end of the session.

Although Russell was knocked out in Q1, the pace was much closer to those in the midfield, with the result being Williams' best qualifying finish of the season.

MORE: Kubica has 'mixed feelings' after first points of 2019

Russell was 1.3 seconds ahead of teammate Robert Kubica at the end of Q1, and is set to start tomorrow's race from 15th on the grid following a penalty for Antonio Giovinazzi.

"It's the best I've ever driven a Williams Formula 1 car," Russell said after the session. "The car really came alive today.

"We felt prior to this weekend that we didn't have the tyres in the perfect window at previous events and decided to take another approach and try different things.

"As I mentioned yesterday, it was a very productive day. These tyres are such tricky things and when you get them working, you're battling with a different beast."

Russell added that the positive result for Williams is a sigh of relief after a tough season up to this point, and commended those working at its factory in Grove to improve the car.

"I felt absolutely great inside the car. Forgetting about the tyres, it really showed the work that the aerodynamics have been doing back at the factory to re-build the issues they've had over the last two years has truly paid off.

"We have seen a big step in performance and the positive thing is we have more of this to come later in the year. So for everyone, it was a massive sigh of relief."