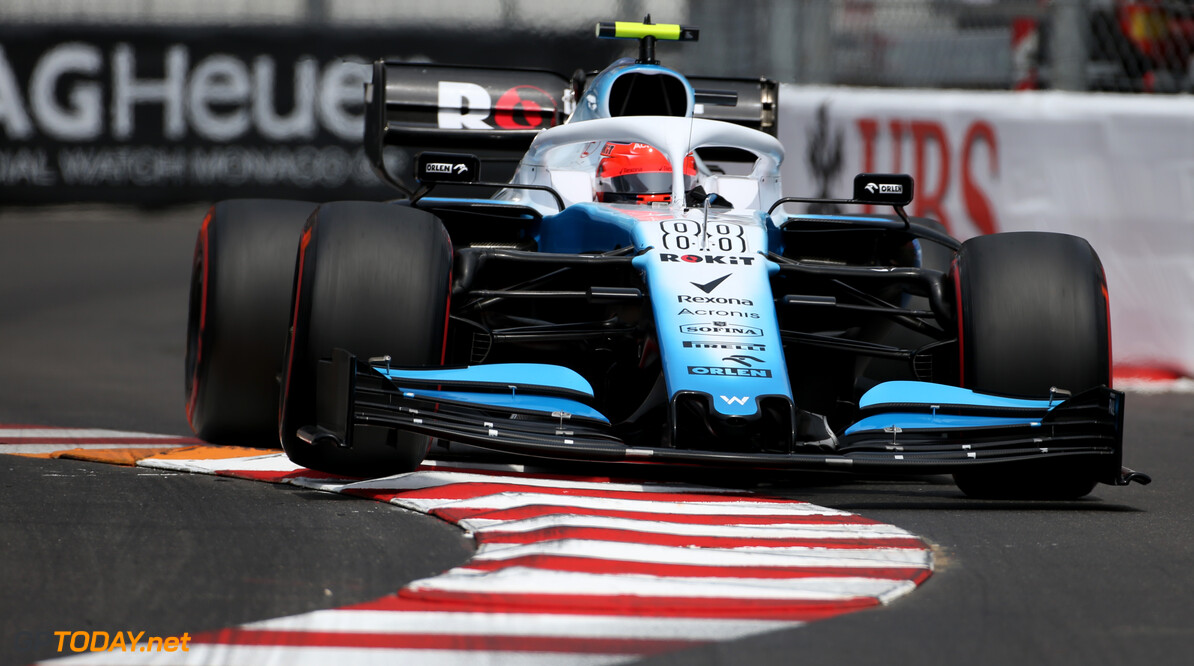 Kubica 'can be happy' after Monaco performance

Robert Kubica believes he can be content with his performance at the Monaco Grand Prix despite finishing 18th.

Kubica had a strong start to the race, moving up a couple of positions off the line. However, he then dropped backwards following contact with Antonio Giovinazzi, who attempted to overtake him at Rascasse.

"It's racing, there's not a lot you can do in this situation," Kubica said about the clash with the Alfa Romeo driver. "That's how it is, sometimes."

"I gained two positions at the start, and in the opening laps there is a lot of managing tyres, managing your pace."

Kubica added that he believes the wrong strategy decision cost him a stronger result, as he stayed out for 21 laps on the medium compound before pitting for the hard tyre.

"After the safety car I could keep them behind, but I knew I had to stop. There was some possibility for rain, so that's why I stayed out. The rain showed up, but just slightly, and in this case our strategy didn't pay off."

Kubica's F1 career was interrupted in 2011 after a rally crash almost severed his forearm. The Pole says that people believed he wouldn't be able to turn the car around the tight hairpin at Monaco.

"I knew I would be fine here," Kubica said. "I think overall a lot of people thought I would not even be able to turn the steering wheel.

"In this not easy situation I think I did pretty well, and I can be happy. Of course the final result could have been better, but that's how it is with racing.

"People said that Turn 1 would be an issue for me, and I think in all the races I did pretty well in Turn 1, or on the opening lap, when there is a kind of racing instinct."