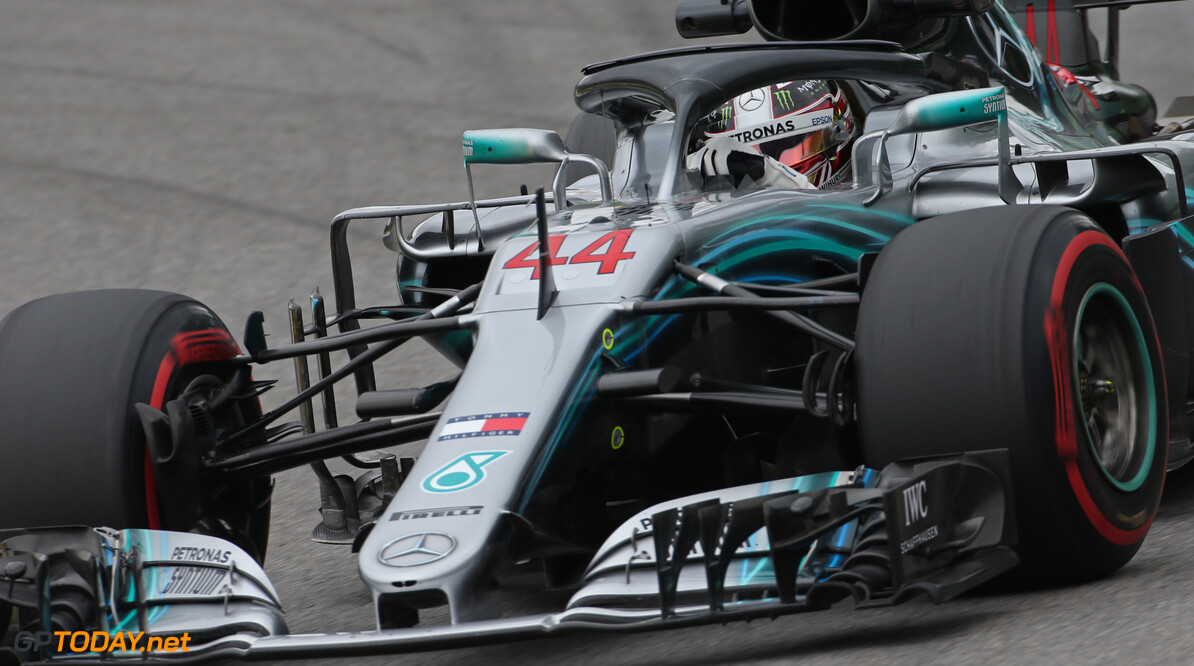 Lewis Hamilton has taken pole position for the Brazilian Grand Prix, beating his rival Sebastian Vettel to the top spot. The pole marks Mercedes' 100th pole position in Formula 1 and Hamilton's tenth of the season.

Ferrari looked to be the favourites heading into the session after Vettel topped the final practice session this morning. However the German lost out on his last lap and ended up 0.093 behind the five-time world champion.

Both drivers didn't have smooth sessions, as Hamilton almost collided with the Williams of Sergey Sirotkin in Q2. Meanwhile, Vettel is under investigation for destroying the FIA weighbridge after not turning off his engine when he was called onto it at the end of Q2.

The session started in dry conditions, but there was a threat of rain. The drops started to fall midway through Q1 and kept the drivers on edge. The rain got slightly heavier in the second stage of qualifying, where the Ferrari's menaged to qualify on the soft tyres.

That means that should the race on Sunday start in dry conditions, Vettel and teammate Kimi Raikkonen will start the Grand Prix on the soft tyres. The Mercedes duo will line up with the softest tyre attached, giving the strategic advantage to Ferrari.

Valtteri Bottas qualified in third place ahead of his compatriot Kimi Raikkonen. The two Finns may yet find themselves promoted up the grid should a penalty be handed to either of their teammates on the front row.

Red Bull counted itself out of contending for pole after Friday practice, and the energy drink squad wasn't anywhere near competing against Ferrari and Mercedes on Saturday. Max Verstappen beat Daniel Ricciardo to fifth place, with just 0.002 separating the pair.

Marcus Ericsson, who will be without an F1 race drive for 2019, recorded his best ever qualifying position by taking up the 'best of the rest' spot. The Swede out-qualified teammate Charles Leclerc for the fourth time this year, with Leclerc starting alongside in eighth.

Pierre Gasly got himself through to the final stage of qualifying but didn't manage to get the better of anyone in the session. His fastest time was over half a second away from Romain Grosjean, who will share the fifth row with his fellow Frenchman.