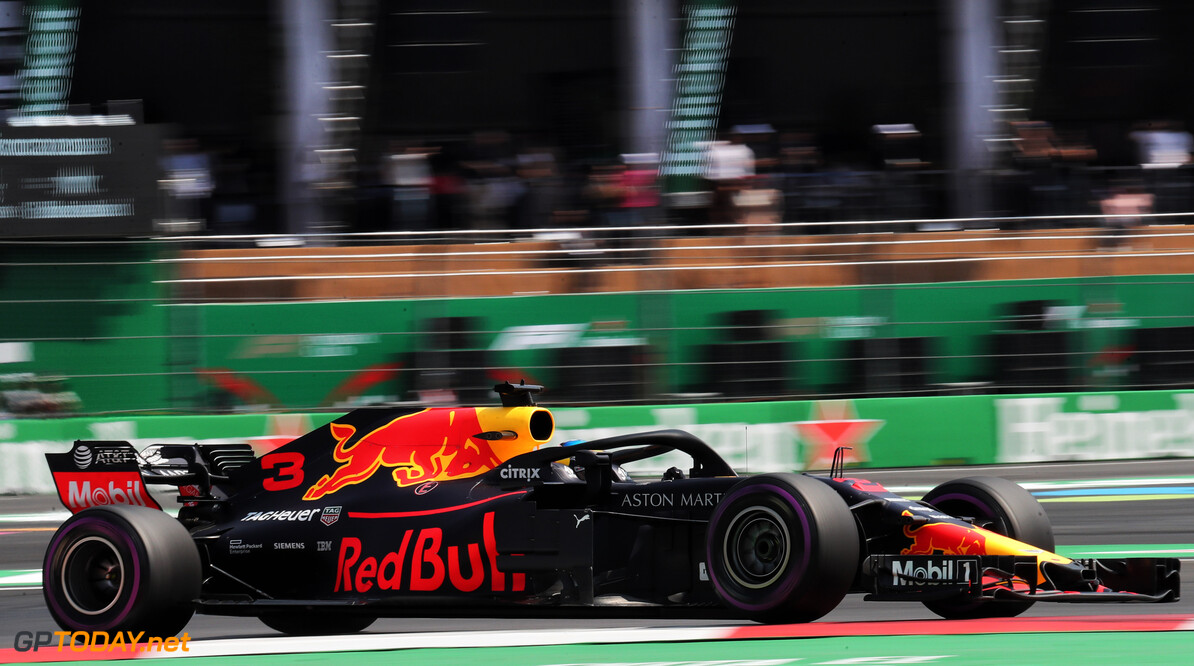 Daniel Ricciardo has taken his second pole position of the season after setting a lap time of 1:14.759, beating his teammate Max Verstappen to the top spot. Just 0.026s separated the two Red Bull's who lock out the front row for the first time since USA, 2013.

Verstappen looked on form throughout the whole weekend and dominated during practice. However, the 20-year-old has to settle for second after setting the provisional pole lap time following the first runs in the final stage of qualifying.

Lewis Hamilton was third, 0.135s down on Ricciardo. The Briton only has to finish in seventh place tomorrow in order to win the championship, provided that rival Sebastian Vettel doesn't win the race. Vettel will start alongside Hamilton on the second row.

Valtteri Bottas won the battle of the Finns, edging out compatriot Kimi Raikkonen by almost two-tenths. All of the top six drivers will start on the ultra soft tyre, as they set their fast laps in Q2 on the purple-walled compound.

Ricciardo will be vying to convert his pole into victory, which may well be his last with Red Bull. Mercedes and Ferrari mostly got over their struggles from Friday, with a cooler track and boosted engine modes allowing them to get closer to the energy drink squad.

Renault will come away from the day feeling pretty pleased as it locked out the fourth row. Nico Hulkenberg got the better of his teammate Carlos Sainz with just under three-tenths separating the duo for seventh and eighth place.

Renault is aiming to finish the season in fourth place and currently holds a 22 point gap over rivals Haas. The American squad had a tough day, with both cars exiting after Q1 which gives Renault's fight to finish as 'best of the rest' a significant boost.

Sauber also put on an impressive display at the Autodromo Hermanos Rodriguez as it will start the race from row five, with Ferrari-bound Charles Leclerc beating Marcus Ericsson, who will become the Hinwil squad's third driver in 2019.

However, Sauber will be forced to start the race on the hyper soft tyre which could see them be beaten on strategy from the Force Indias and the McLaren of Fernando Alonso behind, who will have free choice of tyres for the start of the race.