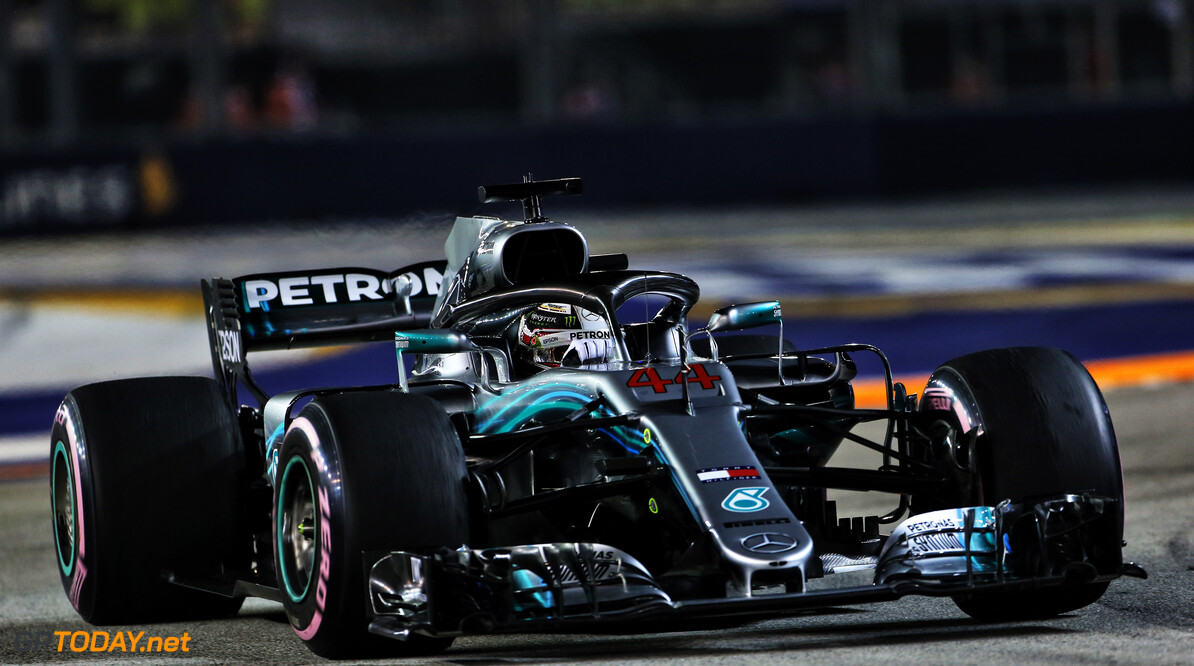 Lewis Hamilton has won the Singapore Grand Prix, beating Red Bull's Max Verstappen to the top spot. Hamilton now extends his lead in the championship to 40 points as Sebastian Vettel could only manage to cross the line in third place.

Vettel overtook Verstappen on the opening lap of the race for second, passing the Dutchman on the run down to Turn 7. Vettel stayed ahead until the pitstop phase of the race, but lost out after Verstappen overcut the Ferrari.

Vettel peeled into the pitlane on lap 14 to get rid of his hyper soft tyres. The drivers starting on the pink-walled compound were able to extend their stint by a handful of laps due to a safety car period, which was deployed following a collision on lap 1 between Force India teammates Sergio Perez and Esteban Ocon.

Hamilton responded to Vettel on the very next lap and also came into the pitlane for his one and only stop. While the Briton had fitted the soft compound to his car, Vettel attached the faster ultra soft tyre to his Ferrari.

However, Vettel failed to deploy enough pace to stay ahead of Verstappen, who gained time while running in free air. The 20-year-old pitted three laps after Vettel and re-joined the track side by side with the four-time world champion before edging ahead.

Valtteri Bottas was embroiled in a tense battle with compatriot Kimi Raikkonen towards the end of the Grand Prix, but managed to hold the Ferrari driver off for fourth place, while Daniel Ricciardo close behind coming home in sixth.

Fernando Alonso finished as the best of the rest, despite qualifying outside the top ten. The McLaren driver crossed the line in seventh place and was the final driver to finish on the lead lap.

Renault extended its gap to Haas in the battle for fourth in the standings as Carlos Sainz and Nico Hulkenberg came home in eighth and tenth place respectively. Slotted in between the Renault pair was Charles Leclerc, taking his first top ten finish since the Austrian Grand Prix.