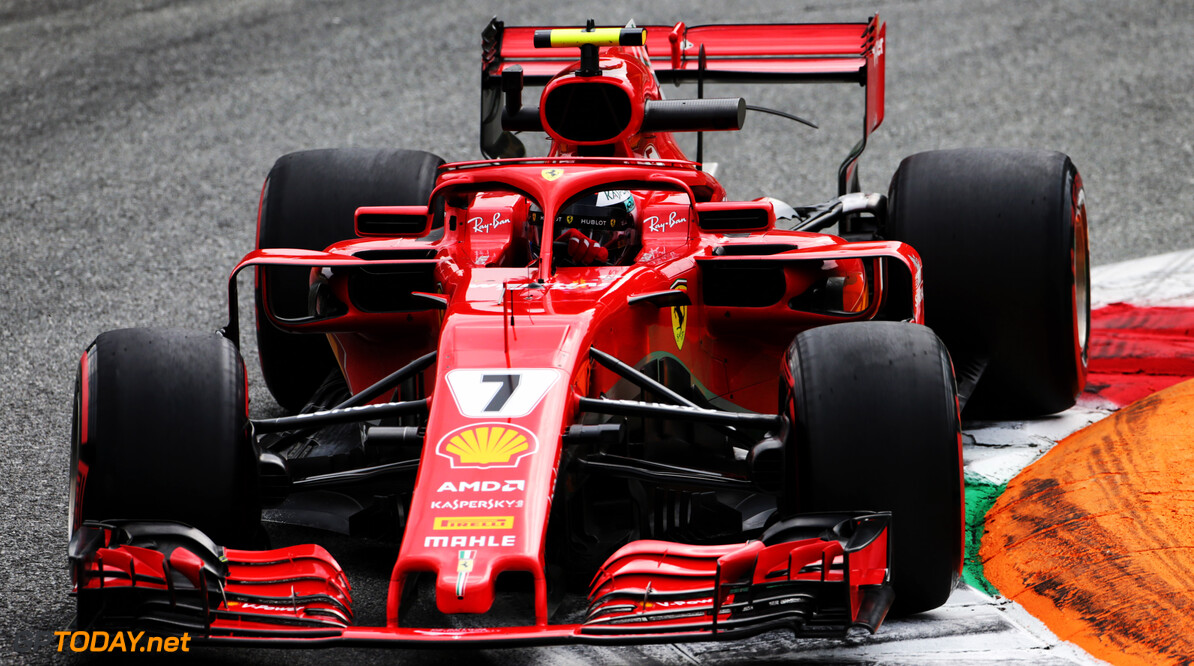 Kimi Raikkonen has bagged pole position for the Italian Grand Prix, beating teammate Sebastian Vettel to the top spot. The Finn takes his first pole position since the 2017 Monaco Grand Prix, and his second since re-joining Ferrari in 2014.

Raikkonen set a lap time of 1:19.119 to go over a tenth a half faster than Vettel. Ferrari seemed to be destined for 2nd and 3rd as Lewis Hamilton set the fastest time after the first run in the final qualifying session.

However, both Ferraris and Mercedes improved on their final laps. Vettel crossed the line first to pip Hamilton, before Raikkonen came home to secure a Ferrari one-two for Sunday's grid.

Hamilton was aiming to take a hat-trick of pole positions but had to settle for 3rd on the grid. He will line-up alongside his teammate Valtteri Bottas, who was over half a second down on his compatriot Raikkonen's pole time.

Despite fears from Red Bull that it might get beaten by Haas or Force India, Max Verstappen held on to secure 5th on the grid. Daniel Ricciardo dropped out in Q2, failing to set a lap time as he will descend towards the back after taking on a new engine this weekend.

Romain Grosjean claimed the 'best of the rest' spot, setting a time just three-tenths down on Verstappen. The Frenchman will be aiming to add to his points tally amid question marks over his future in Formula 1.

Carlos Sainz was 7th, ahead of Esteban Ocon. The pair, who will lock out the fourth row on Sunday's grid, were separated by less than a tenth. Pierre Gasly was P9, while Lance Stroll took his best qualifying finish of the year, rounding out the top ten.

Kevin Magnussen and Fernando Alonso will be taking a trip to the Steward's office following a wheel-to-wheel battle going into Turn 1. The pair wrecked their final laps in Q2, and qualified in 11th and 13th respectively. Sergey Sirotkin ended up between them.

Ricciardo and Nico Hulkenberg both dropped out in Q2, but both are set to start at the back of the field due to penalties. As well as dropping ten places due to causing a collision at Spa, Hulkenberg has been fitted with an entirely new power unit this weekend.

Sergio Perez was the shock exit from Q1. The Mexican missed out on the next stage by one-thousandth of a second, while Charles Leclerc failed to advance by two-thousandths. Brendon Hartley, Marcus Ericsson and Stoffel Vandoorne rounded out the timesheet.