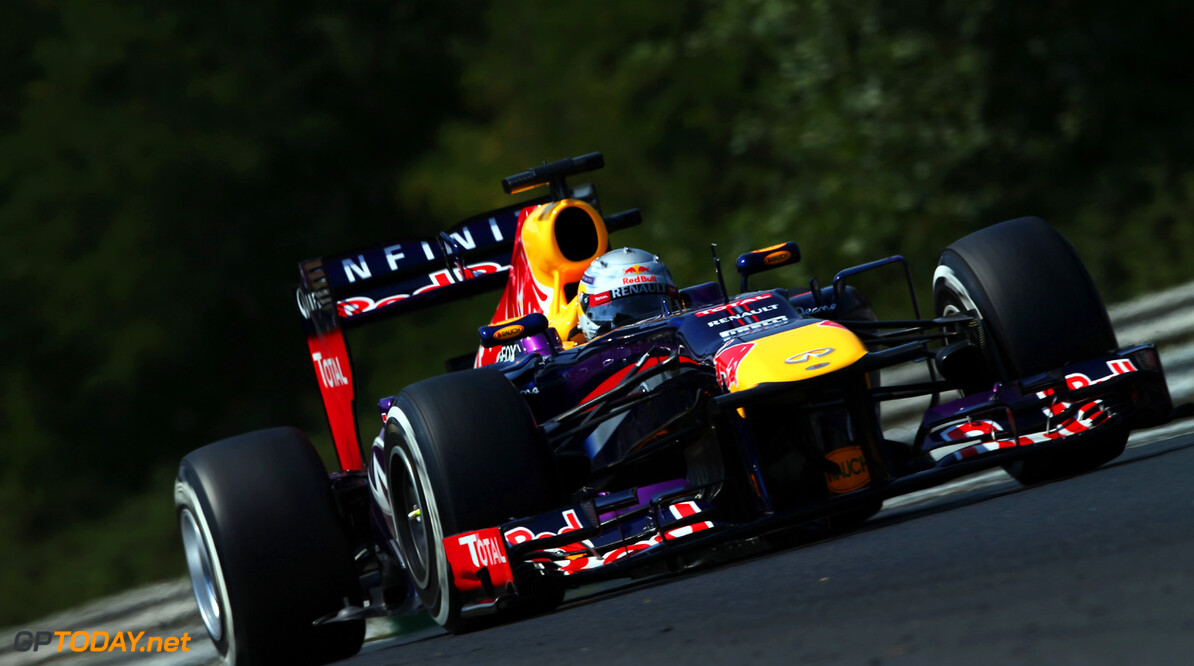 Vettel, who also topped Practice One on Friday morning, was the only man to dip below 1m 26s in an intriguing session that saw all the drivers struggling with front tyre wear on the softer compound rubber.

Vettel, Webber, Lotus's Kimi Raikkonen and Romain Grosjean, and Mercedes' Nico Rosberg all had turns at the top of the timesheet before the reigning world champion stamped his authority as everyone switched from Pirelli's medium tyres to the softs. Vettel's lap of 1m 25.722s remained unbeatable thereafter, with Webber the closest on 1m 26.011s. Grosjean, however, kept the Red Bull drivers on their toes with 1m 26.220s, and Lewis Hamilton moved up to fourth for Mercedes with 1m 26.399s. Fernando Alonso also got going, with the fifth fastest time of 1m 26.430s for Ferrari ahead of Rosberg's 1m 26.582s, Felipe Massa's 1m 26.601s in the other Ferrari, Raikkonen's 1m 26.632s and the 1m 26.857s and 1m 26.972s bests that Sergio Perez and Jenson Button summoned for McLaren.

Maldonado provided some drama when, shortly after a pit stop, he had a repetition of his experience on Friday morning in Suzuka when his Williams lost a wheel nut. This time it was the right-front tyre that was the focus of attention, but unlike Japan the wheel retention system worked and he reacted quickly to feeling the wheel nut parting company with the car and was able to bring the FW35 to a safe halt. As the second such incident in two races, Williams are facing another fine from the stewards.