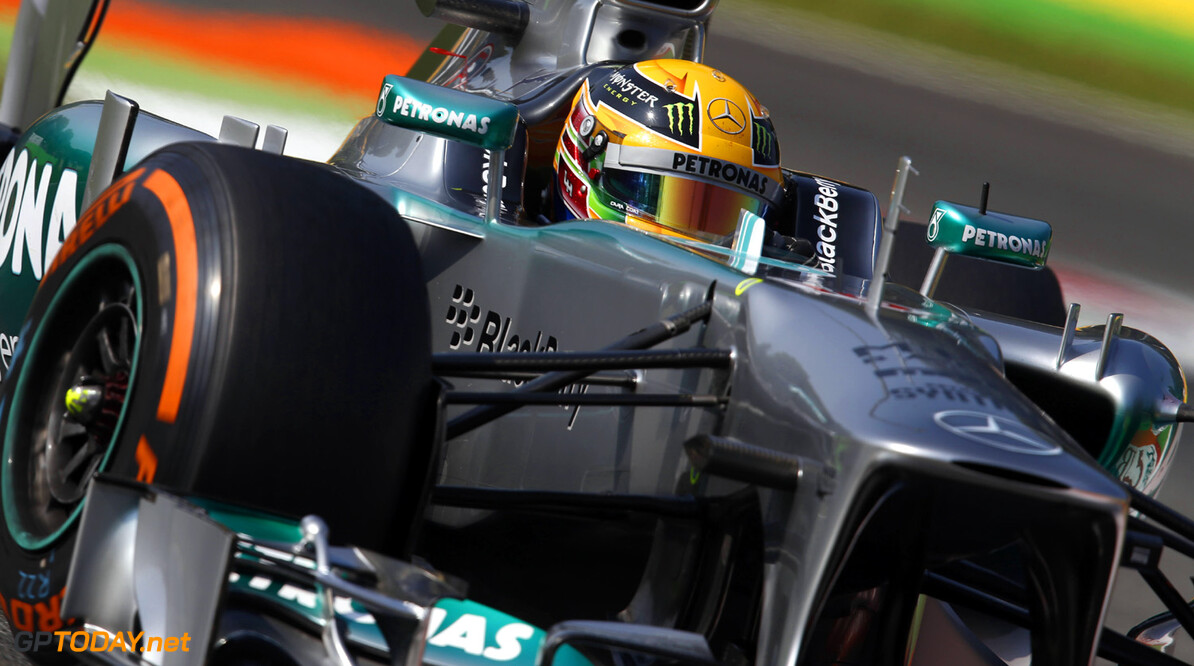 Mercedes' Lewis Hamilton loves the Marina Bay Street Circuit and is desperate to beat Red Bull in Singapore to keep his world title hopes alive, and during Friday evening's first practice he got his weekend's campaign off to a strong start as he dominated the first session. Red Bull's Mark Webber and Sebastian Vettel provided his strongest opposition.

Hamilton was quick from the moment he started running on a track rendered slightly less green after the preceding GP2 practice, and wound up with 1m 47.055s as Webber led Vettel with 1m 47.420s to 1m 47.885s.

Nico Rosberg was next up in the second Mercedes, on 1m 48.239s, ahead of the Lotuses of Kimi Raikkonen and Romain Grosjean on 1m 48.354s, and 1m 48.355s, Grosjean having spent around two-thirds of the 90-minute session in the garage thanks to steering problems.