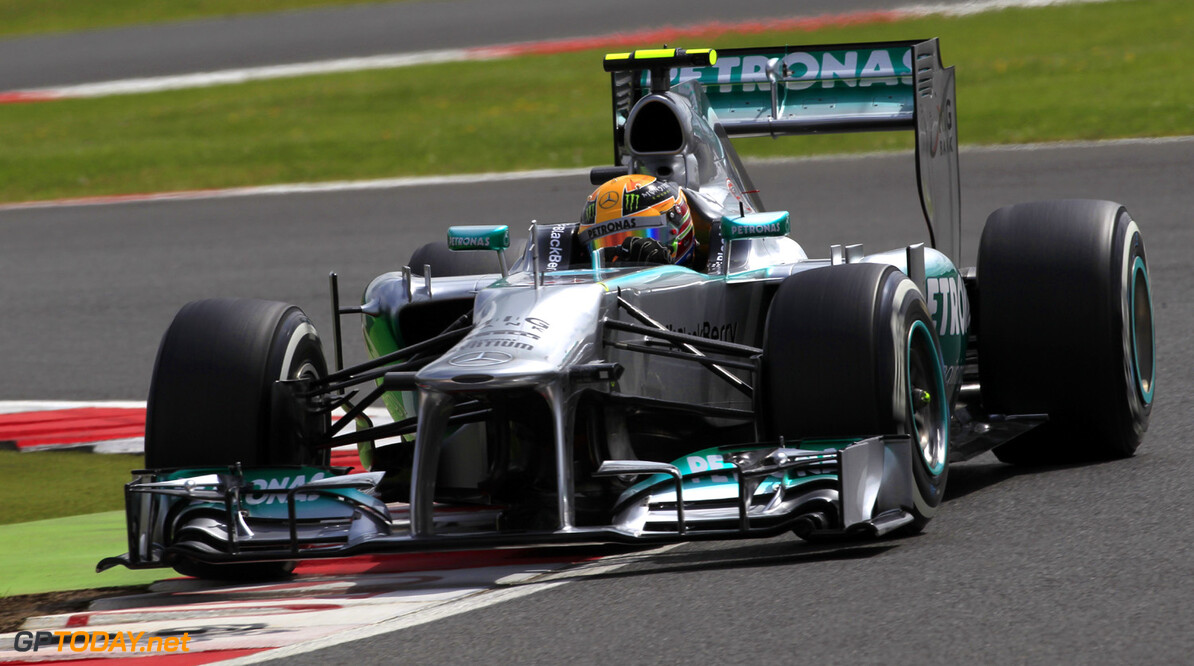 Mercedes' Lewis Hamilton ended the opening practice session in Germany on top of the timesheets at the Nurburgring on Friday morning. Hamilton's best lap of 1m 31.754s was just over two-tenths of a second quicker than that of team mate Nico Rosberg, who improved right at the end of the 90-minute session to 1m 31.973s.

Mark Webber, third for Red Bull, was a second shy of Hamilton with 1m 32.789s as everybody used Pirelli's revised medium compound tyre, with Adrian Sutil fourth for Force India on 1m 32.822s ahead of Lotuss Kimi Raikkonen on 1m 32.956s.

Behind them Felipe Massa was Ferrari's primary runner after Fernando Alonso's F138 conked out during his installation lap with electrical gremlins. Although Alonso was sent out again after a fix, the problem appeared to reoccur and the Spaniard failed to set a time.

Before practice started the FIA forbade teams from switching tyres from one side of the car to the other, against Pirelli's prescribed direction of rotation, which they had done before in an attempt to eke out longevity. They also mandated minimum starting tyre pressures of 16 psi front and rear and a maximum negative camber angle of four degrees at the front and two point five at the rear.