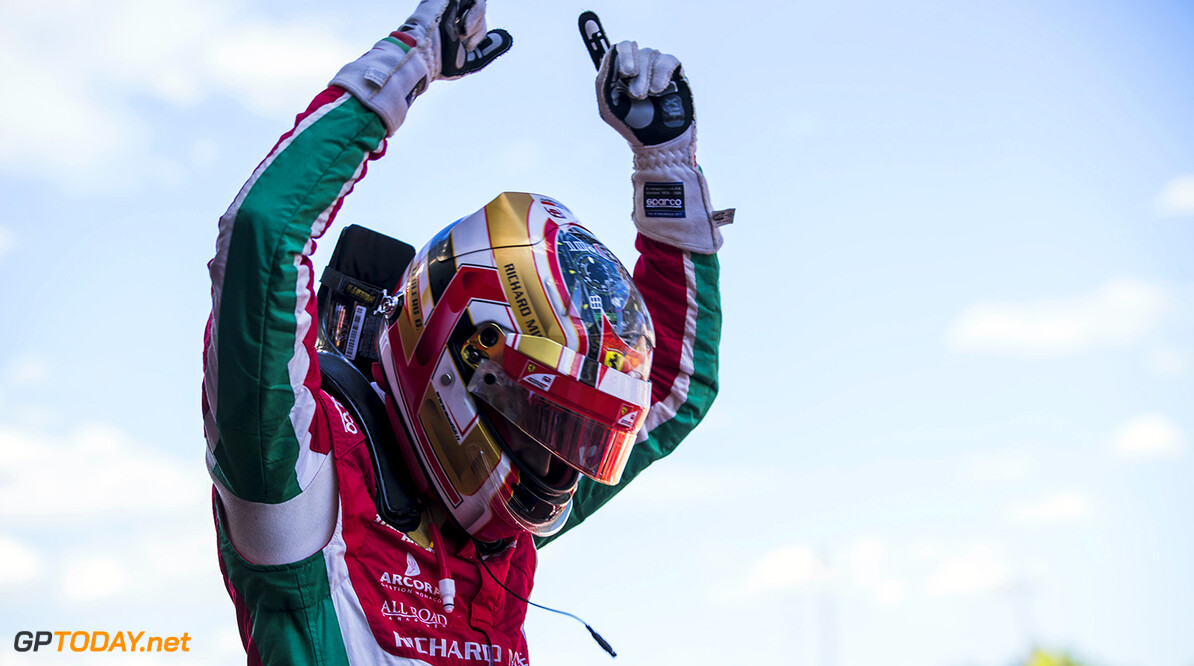 Charles Leclerc demonstrated precision driving to convert his fourth pole position in a row into another race win. He was followed by McLaren junior Nyck De Vries and DAMS driver Nicholas Latifi in second and third respectively.

Johnny Cecotto brought out the first safety car after stalling on the grid and then crashing into the barrier at turn 2. De Vries aced the restart to take second place and chase Leclerc who had a faultless race and kept his lead.

Prema’s other driver Antonio Fuoco who showed good pace in qualifying made a mistake and mounted the back of Canamasas, taking himself out of the race. This brought out yellow flags at the start of the pit window in which Leclerc pitted and came out ahead of those who had already pitted.

Nabil Jeffri was next to bring out the yellow flags and indeed the virtual safety car after going into the barriers at turn 7. The race was neutralised for just over a lap. However just after getting back to green flag racing, Racing Engineering’s Louis Deletraz lost the rear bringing, out the safety car.

Luca Ghiotto was leading Leclerc and De Vries behind the safety car as the Russian time driver played the long game before pitting. After the safety car came in, Ghiotto held Leclerc up letting De Vries close the gap. However, once Ghiotto pitted Leclerc was off, showing his dominant pace which De Vries could not match.

Ralph Boschung was another driver who tried to stay out longer and on the restart, and was swamped by two cars which led to Artem Markelov taking evasive action and losing out, although the Russian driver was able to fight his way back up to fifth. As for Boschung, playing the long game worked for him as due to penalties to other drivers He finished eighth and therefore has reverse grid pole for tomorrows race.

The race ended dramatically when Sean Gelael crashed into the barrier and ended up into the middle of track taking Sergey Sirotkin and Gustav Malja with him who could not avoid it as they were running so close. The safety car was deployed although it was a struggle to get the cars passed the incident. After sitting in the pits with two laps to go the red flag was shown and Leclerc was informed he had won a race which was met with delight.