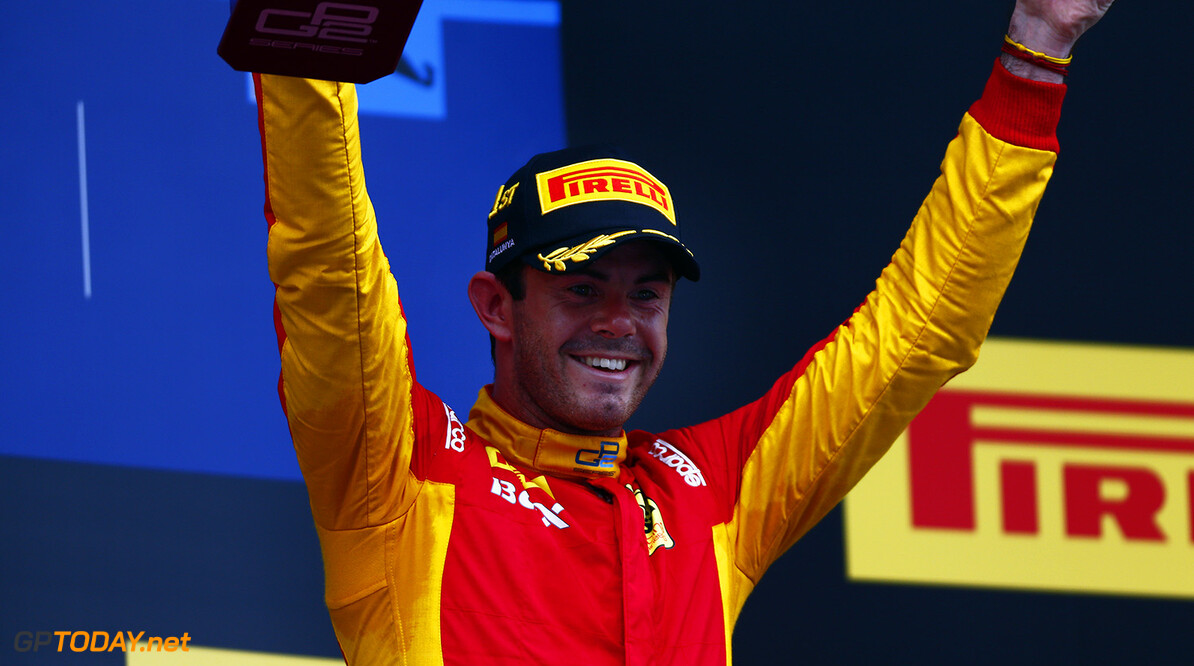 Norman Nato lined up fourth on the grid and navigated the narrow streets of the Baku street circuit to put Arden on the top step. Oliver Rowland got a terrific start and pulled away from the field until a mechanical failure on lap eight meant the Englishman had to retire from the lead. This elevated Nato into the lead, as the Frenchman had passed pole man Ralph Boschung for second earlier and even occurred front wing damage, however, it seemed to have no lasting effect.

Nyck De Vries was speedy in second position but this didn’t last for long as the McLaren junior went off the road and was unable to keep the car going. This meant Nicholas Latifi was promoted second position but could not hold off Charles Leclerc who stormed his way through the field. The Prema driver passed both Boschung and Sergey Sirotkin in the same corner, elevating him to the last podium position.

It did not take long before Leclerc was up behind Latifi and had taken second place away from the Dams driver. Leclerc then stormed off and began chasing Nato for the lead. On lap 17 we got the news that Leclerc was under investigation for speeding under yellow flags, however, it did not stop him from passing Nato on the road. A ten-second penalty was then announced for Leclerc who could not pull away enough with three laps remaining and had to settle for second.

There were no safety cars required although Gustav Malja nearly brought one out by bumping into the wall, the Racing Engineering driver managing to carry on and finish the race with seemingly no damage at all.

Jordan King held off Sirotkin and Artem Markelov for a majority of the race for fourth position. They were followed by Nobuhara Matsushita and the second Russian Time driver Luca Ghiotto took the last point away from Boschung who expected to be fighting for around eighth position.