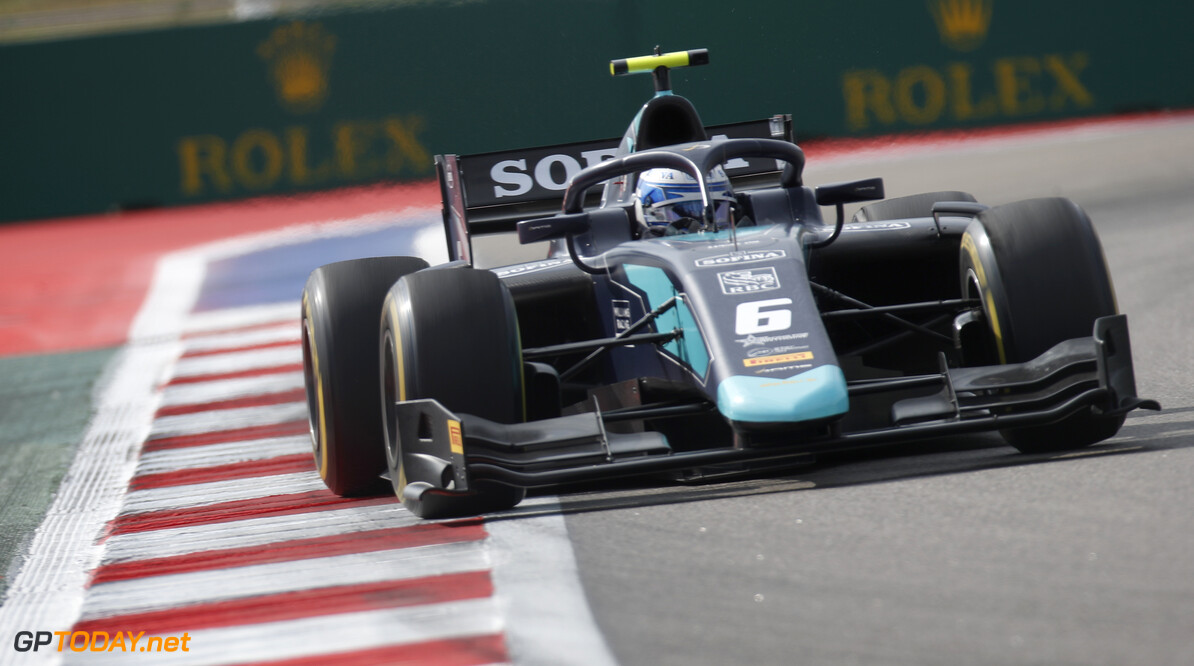 Nicholas Latifi has topped the practice session ahead of qualifying at the Sochi Autodrom, boasting a gap of three-tenths of a second over teammate Sergio Sette Camara.

Championship leader Nyck de Vries was third, over half a second down on Latifi, who is currently his closest championship rival.

Luca Ghiotto and Nobuharu Matsushita were fourth and fifth respectively, ahead of Louis Deletraz who was sixth behind his Carlin teammate.

The session saw the debut of Matevos Isaakyan, who his racing for Sauber Junior Team by Charouz at his home event.

The Russian was 16th in the timesheets, ahead of Tatiana Calderon, Marino Sato and Mahaveer Raghunathan.

Artem Markelov makes his return to the F2 series this weekend, as he will race for BWT Arden for the remainder of the 2019 season.

Markelov, who competed at the Monaco round earlier this year for MP Motorsport, ended the session at the bottom of the timesheets.

The third Russian in the field, Nikita Mazepin, was ninth fastest behind Callum Ilott. Mick Schumacher rounded out the top ten, 1.2 seconds down on Latifi.