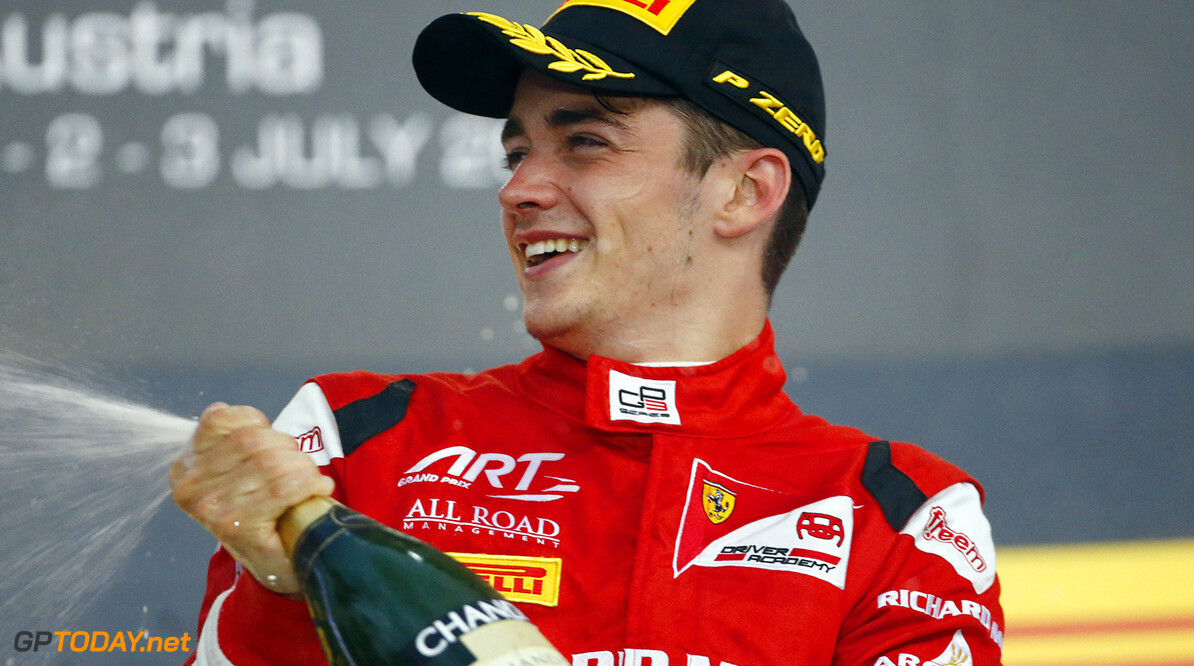 Leclerc takes pole for race one in Bahrain

Prema's Charles Leclerc took the first pole position of the 2017 Formula 2 season in Bahrain on Friday with a best lap time of 1:38.907, with his team mate Antonio Fuoco completing a front-row lockout for the team in second spot on a 1:39.585.

Behind them was Rapax's Nyck de Vries in third, the Dutchman having posted a 1:39.665. Arden's Norman Nato was next and was the last driver to be under a second slower than Leclerc. Luca Ghiotto rounded out the top five for Russian Time with a 1:39.945.

The next five drivers were all separated by no more than 0.2 seconds, meaning that the race to get into the top ten was very hotly contested. Nobuharu Matsushita headed up this group for ART Grand Prix, with a best lap of 1:40.011.

The second Russian Time car of Artem Markelov was just 0.007 of a second behind, and he found himself with DAMS' Oliver Rowland, ART's Alexander Albon and MP Motorsport's Sergio Sette Camara nipping at his heels.

His team-mate Jordan King was the first man outside the top ten in eleventh, just ahead of the second Rapax of Johnny Cecotto and Nicholas Latifi's DAMS in thirteenth.

The two Racing Engineering cars of Louis Deletraz and Gustav Malja were fourteenth and fifteenth, and it was a collision between Malja and Trident's Nabil Jeffri in the final moments that effectively ensured Leclerc pole, since nobody was able to improve their time.

The final five consisted of Campos' Ralph Boschung in sixteenth, the other Arden of Sean Gelael in seventeenth, Sergio Canamasas in eighteenth for Trident, Boschung's team-mate Stefano Coletti nineteenth and the aforementioned Jeffri in last place following his collision with Malja, 2.6 seconds adrift of the polesitter.