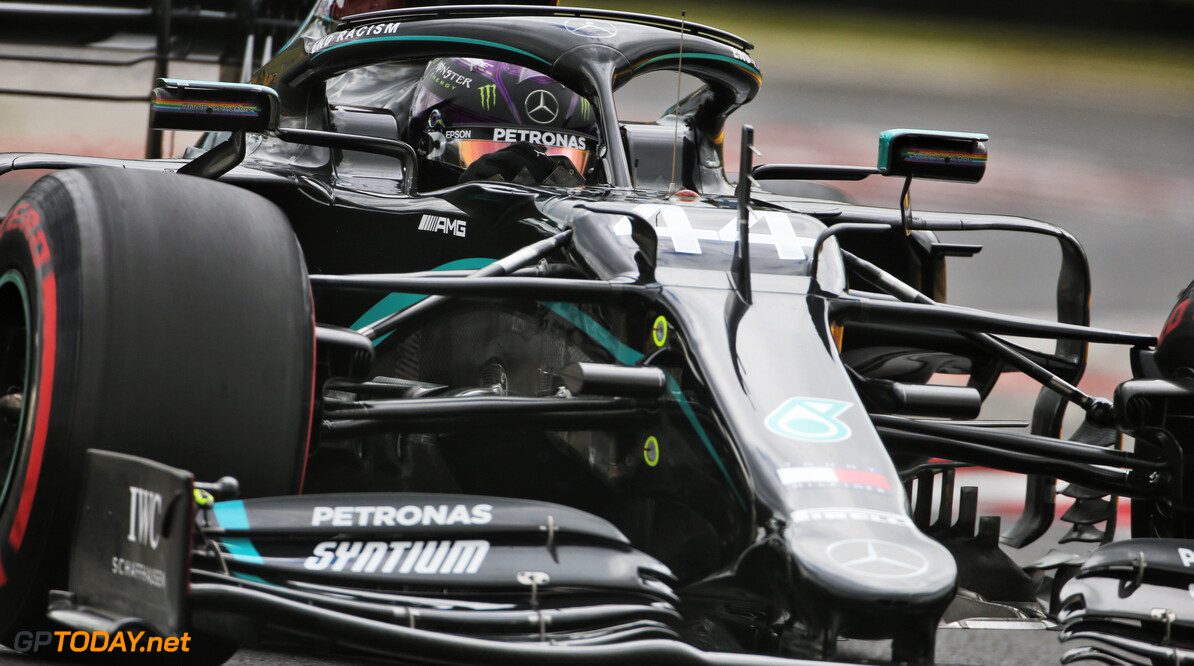 The Briton was unchallenged on his way to the chequered and takes the lead of the championship, as his teammate Valtteri Bottas was third behind Max Verstappen.

Verstappen's podium result comes after he crashed on his way to the grid before the start of the race, forcing his team to make repairs to his suspension on the grid, only minutes before lights out.

Most drivers took the start of the grid on intermediate tyres, however both Haas drivers opted to pit for slick compounds at the end of the formation lap.

The track did not take long in drying out, forcing all to pit and leaving Kevin Magnussen and Romain Grosjean in third and fourth place respectively.

However, the Haas cars would struggle throughout the race and slip down the order, with Magnussen crossing the line in ninth place, securing the teams' first points of the year.

Lance Stroll was fourth, but was running as high as second in the early stages of the race. Following the first round of pit stops, Verstappen managed to jump the Canadian for second place, while Bottas took 17 laps to recover to fourth following a disastrous start.

The Finn appeared to jump the start and dropped down the order, having come to a stop before once again going on his way.

After Bottas made another pit stop amid a threat of rain, he managed to get in front of Stroll, who was forced to settle for fourth place at the chequered flag - matching his best result with Racing Point.

Alexander Albon was fifth for Red Bull, managing to pass Sebastian Vettel late in the race after the Ferrari driver made a mistake at Turn 2.

Despite the mistake, Vettel scored his best result of the year while his teammate Charles Leclerc failed to score points, having spent much of the race struggling with his tyres.

Sergio Perez was seventh in the second Racing Point, ahead of Daniel Ricciardo who went deep into the race on his first set of slick tyres. However, the Australian couldn't make major strides in the dying laps and came home in eighth.

Magnussen was ninth while Carlos Sainz secured a point for McLaren, having battled much of the race against Leclerc.

Pierre Gasly was the only retirement from the race, as he pulled into the pits early on with smoke billowing from the rear of his AlphaTauri.