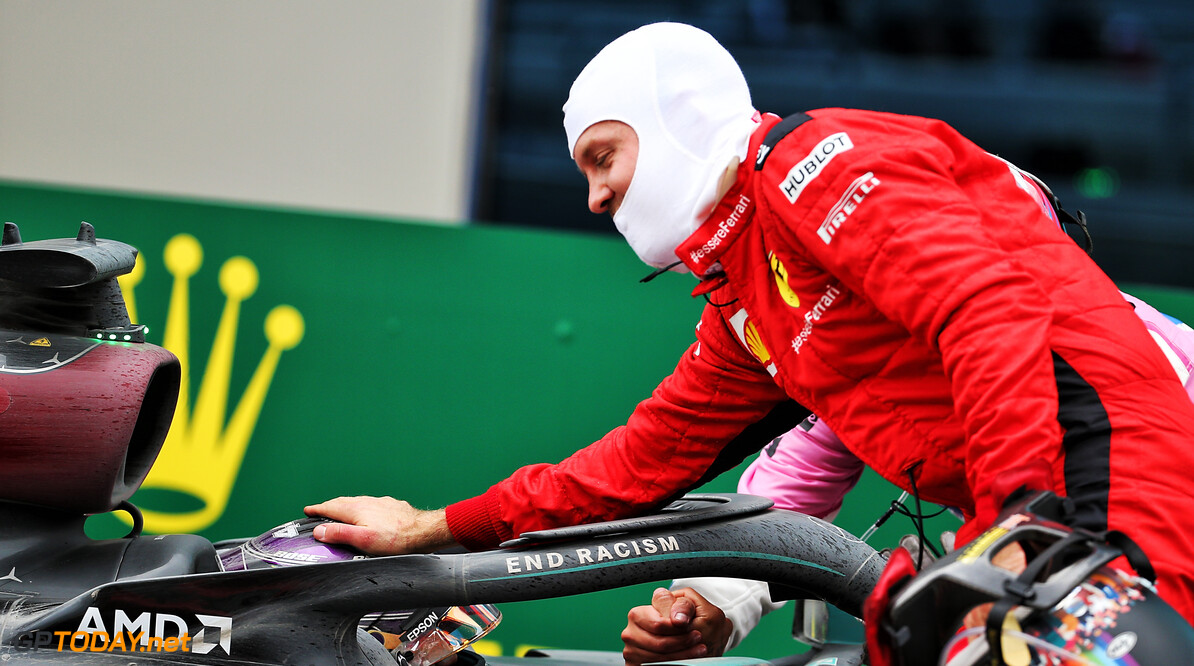 Vettel – Hamilton is certainly the greatest of our era

Sebastian Vettel believes that Lewis Hamilton is the greatest driver of their era and reveals what he said to the British driver after the finish of Turkish Grand Prix.

After the checkered flag of Turkish Grand Prix, when Hamilton reached at the pitlane and parked his car, Vettel went immediately to him to congratulate him for the conquest of his seventh title in Formula 1.

“I told him it’s very special for us because we can witness history being made today,” Vettel told to Motorsport.com.

“I think he is greatest of our era for sure.

“I think it’s always difficult to compare… how can you possibly compare [Juan Manuel] Fangio, or Stirling Moss to our generation?

“But it doesn’t matter.

“I think every era has its driver or its drivers and Lewis is certainly the greatest of our era”.