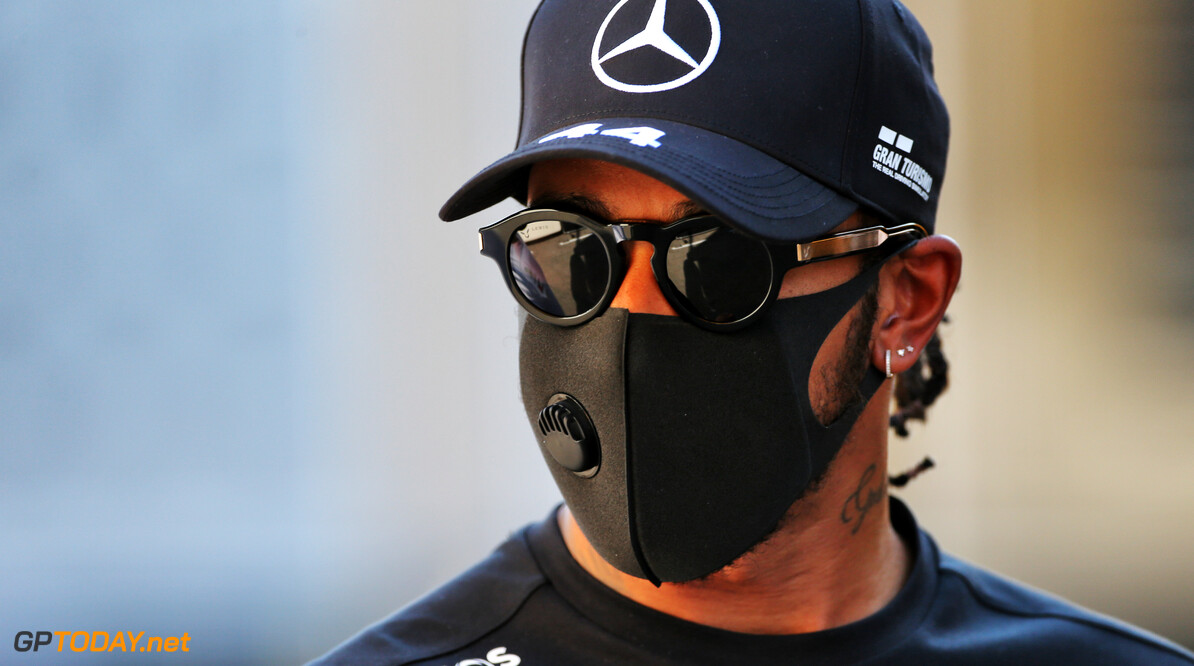 Sunday's race winner Lewis Hamilton has said he was exhausted after taking his 90th F1 win, claim the red flags and standing restarts made it feel like 'three races in one day.'

The cars lined up on the grid three times over the course of the race, after the race was red-flagged twice, once for a multi-car incident on the straight after a safety car restart on lap six, and once on lap forty-two after the race was stopped to recover Lance Stroll's Racing Points and to repair the barriers after the Canadian's massive shunt at turn nine.

Pole-sitter Hamilton lost out to Mercedes teammate Valtteri Bottas during the first start, but re-claimed the lead on the restart on lap nine, before holding onto his lead after Bottas fell behind Daniel Ricciardo on the second restart.

Hamilton's win on Sunday marked him the first to win an F1 race at Mugello, while the victory puts him only one away from matching Michael Schumacher's tally of 91.

“Today was one of the most challenging days, physically and mentally, I’ve experienced,” said Hamilton.

“I’m pretty exhausted, to be honest, but it feels fantastic to win such a crazy race.

“It’s all a bit of a daze and felt like three races in one day. It was incredibly tough out there, this track is phenomenal and Valtteri was pushing me hard, so it wasn’t easy at all. With all the restarts and the focus that was required, it was really hard.

“The first start wasn’t great, and I lost the place to Valtteri, but then the second start was better and I got the place back. I had a comfortable advantage after that point but then there was another red flag.

"Anything could have happened on those restarts but fortunately, on the last one, I got my best start of the day and was able to maintain my position.

“Valtteri was always right there with me and I couldn’t make a single mistake, otherwise he’d be right there to pass me on the straight. A huge thank you to the team here at the track and back at the factories for all their hard work to make this result possible, and this is a brilliant circuit, so I’d love to come back in the future.”