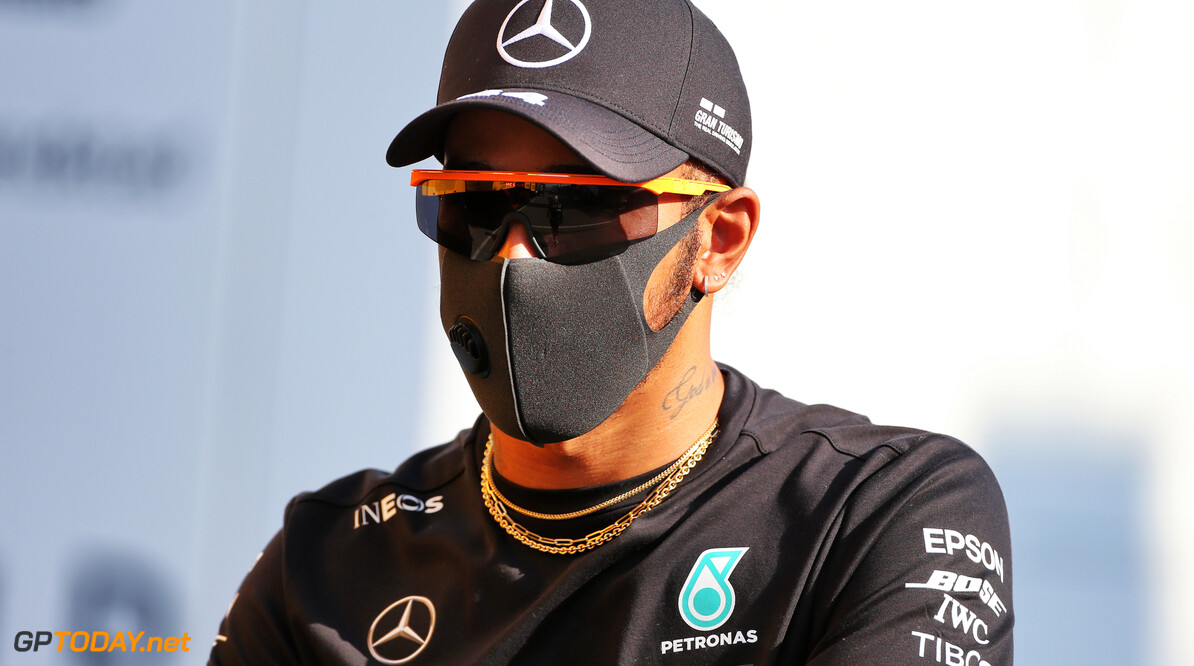 Mercedes driver Lewis Hamilton has said he was 'definitely worried' when he saw his front brakes smoking upon the second restart during Sunday's race at Mugello.

The issues did not hinder Hamilton as he took advantage of the restart to reclaim the lead he lost to Bottas upon the original start.

Speaking about the incident, Hamilton explained how he suffered a separation of the temperatures on the front brakes and was worried about the brakes after he saw a flame while waiting on the grid.

However, he noted once the race got underway once again, his brakes no longer suffered any issues as he went on to take the ninetieth win of his F1 career.

“I basically had, on the formation lap, a separation of my front brake temperatures by nearly two hundred degrees,” Hamilton told Crash.net

“So I was pushing them very hard to bring the one that was down equal. I got them up to a thousand degrees and I tried to cool them through the last corner and all the way to the start.

“I got to the grid and there was a lot of smoke coming and I was definitely worried… I think I saw a flame at one stage, which is not good because that burns all the interior of what’s in the upright.

“Fortunately, at the start, I got underway relatively quickly and I didn’t have a problem from there on. But it was definitely on the limit.”