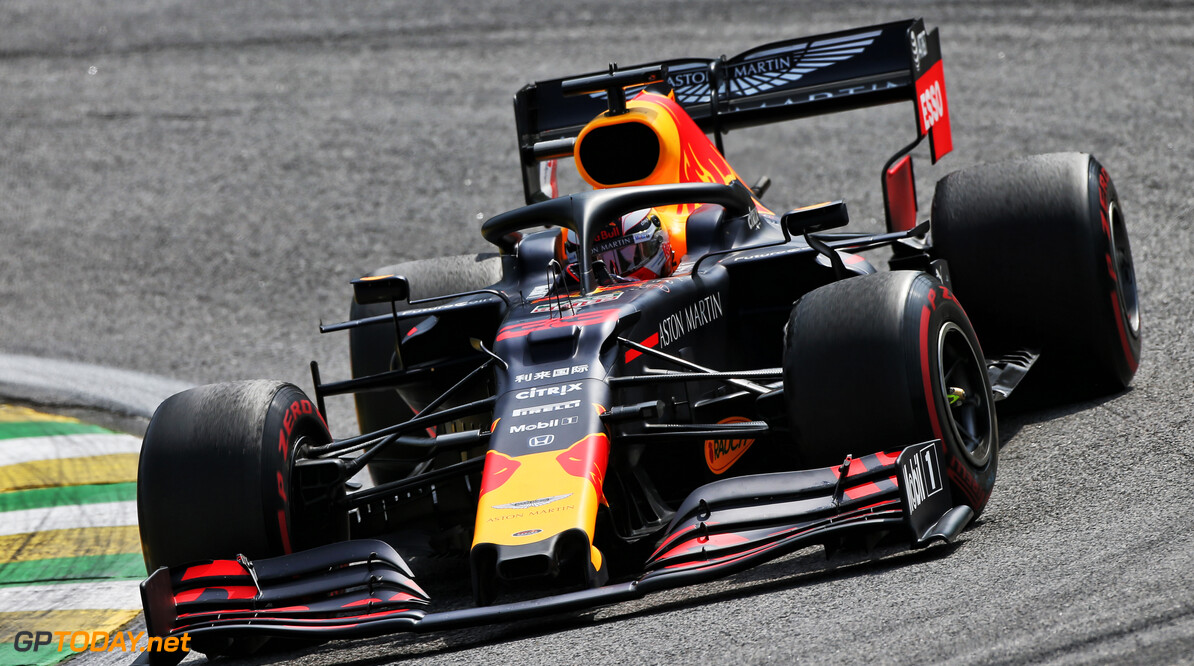 Max Verstappen has won his third race of the 2019 season, coming out on top in a Sao Paulo thriller that saw both Ferraris retire following contact with each other.

Pierre Gasly picked up his maiden podium finish in Formula 1 after Lewis Hamilton collided with Alexander Albon on the penultimate lap of the race.

Following a stewards investigation post-race, Hamilton was found guilty of causing a collision and was subsequently handed a five-second time penalty - promoting Carlos Sainz onto the podium.

Valtteri Bottas was the first of the front runners to retire from the race as his engine gave up as he chased Albon for position.

His retirement caused the first safety car of the race on lap 54, which saw Verstappen and Charles Leclerc pit for fresh soft tyres.

Verstappen gave up the lead of the race to Hamilton who had already pitted twice, however at the safety car restart, the Dutchman sailed around the outside of Hamilton at Turn 1.

It marked the second time in the race that Hamilton found himself losing the lead to Verstappen at that corner, as Verstappen had lost the lead after being undercut by the Mercedes driver at the first round of pit stops.

Verstappen's rude through the pit lane was hampered by Robert Kubica, as the Williams driver was released from his box into the path of Verstappen, who was forced to take avoiding action.

When the safety car came into the pits, Verstappen regained the lead while Albon held off the Ferrari of Sebastian Vettel. Albon had pitted just a handful of laps prior to the safety car and found himself in a fight for the podium.

Leclerc attached fresh softs to his car when the safety car was deployed and attacked teammate Vettel - however on the run down into Turn 4, the two made contact which both them both out of the race.

The crash forced race control to deploy another safety car, which left Red Bull running in first and second, with Gasly sitting in third.

Mercedes opted to bring Hamilton into the pit lane under the second safety car, and the Briton made quick work of Gasly before setting his sights on Albon.

However, as they made their way into Turn 8, the two collided which sent Albon to the back of the grid, denying the Thai-British driver his first podium finish in F1.

Gasly managed to make his way back around Hamilton due to the contact, and the pair ran side-by-side on the run-up to the line, with the Toro Rosso just staying in front of the six-time world champion.

Carlos Sainz crossed the line in fourth place, capping off a mighty race that saw him start from the very back of the field with an engine penalty.

Alfa Romeo had a strong result, as Kimi Raikkonen and Antonio Giovinazzi crossed the line in fifth and sixth respectively.

Two of the midfield contenders were involved in a collision early on in the race, as Daniel Ricciardo spun Kevin Magnussen at Turn 4, taking on a five-second time penalty as a result.

Ricciardo recovered to finish in seventh place, ahead of Lando Norris and Sergio Perez, while Daniil Kvyat rounded out the top ten in the second Toro Rosso. 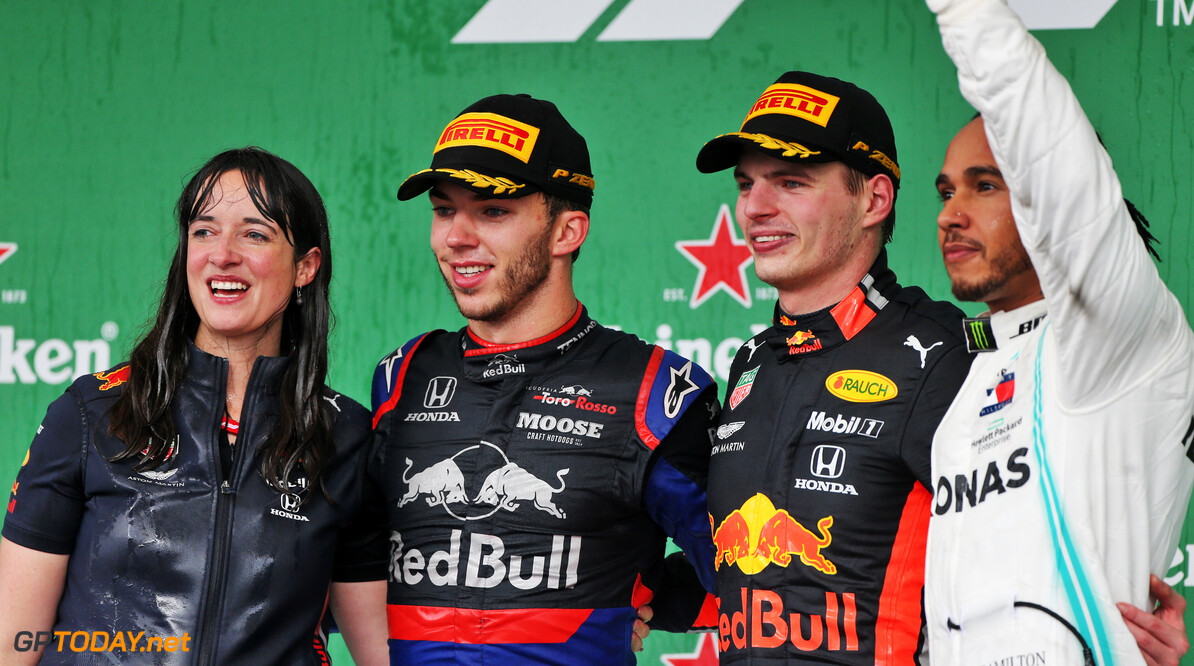 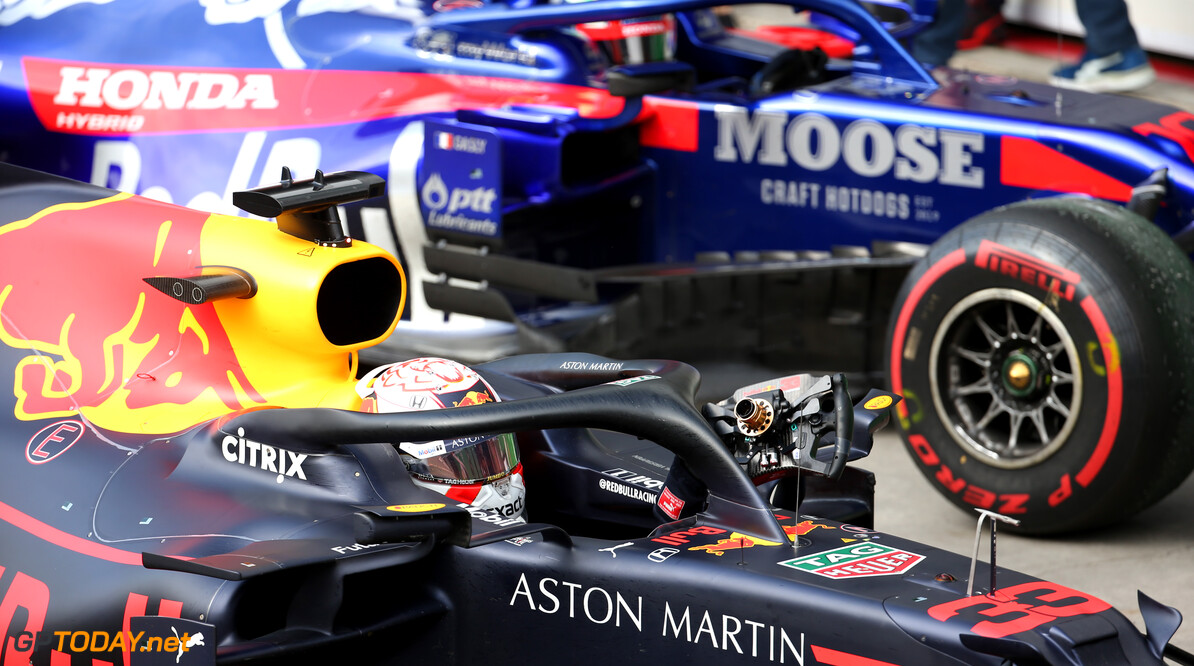 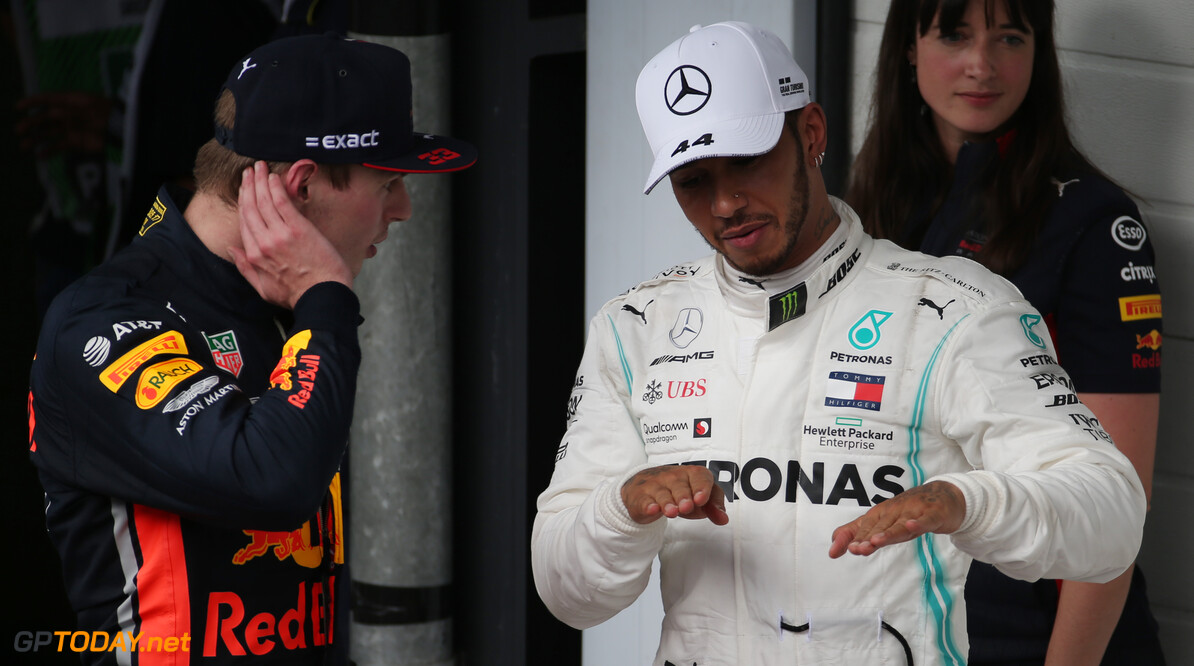 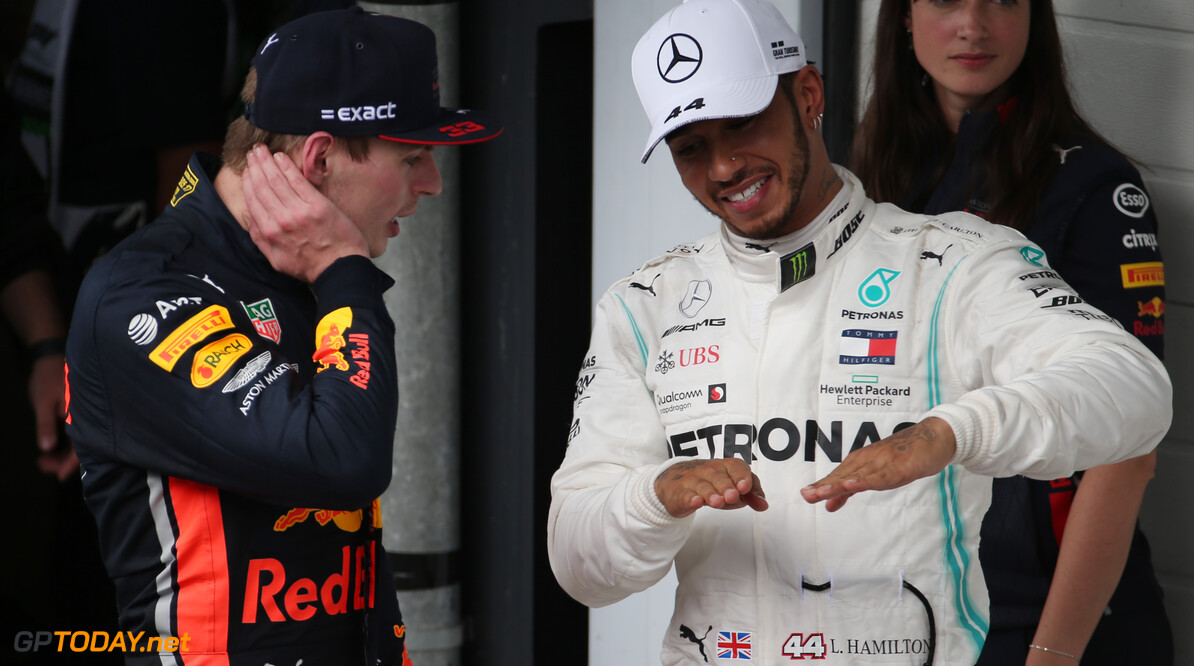 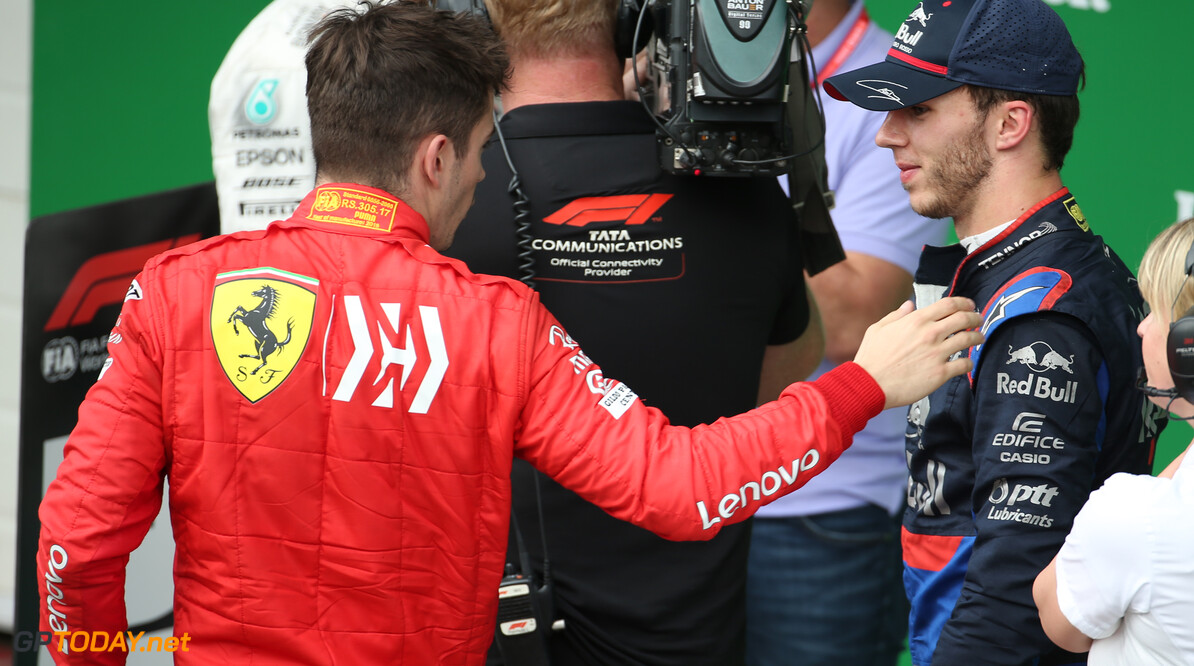 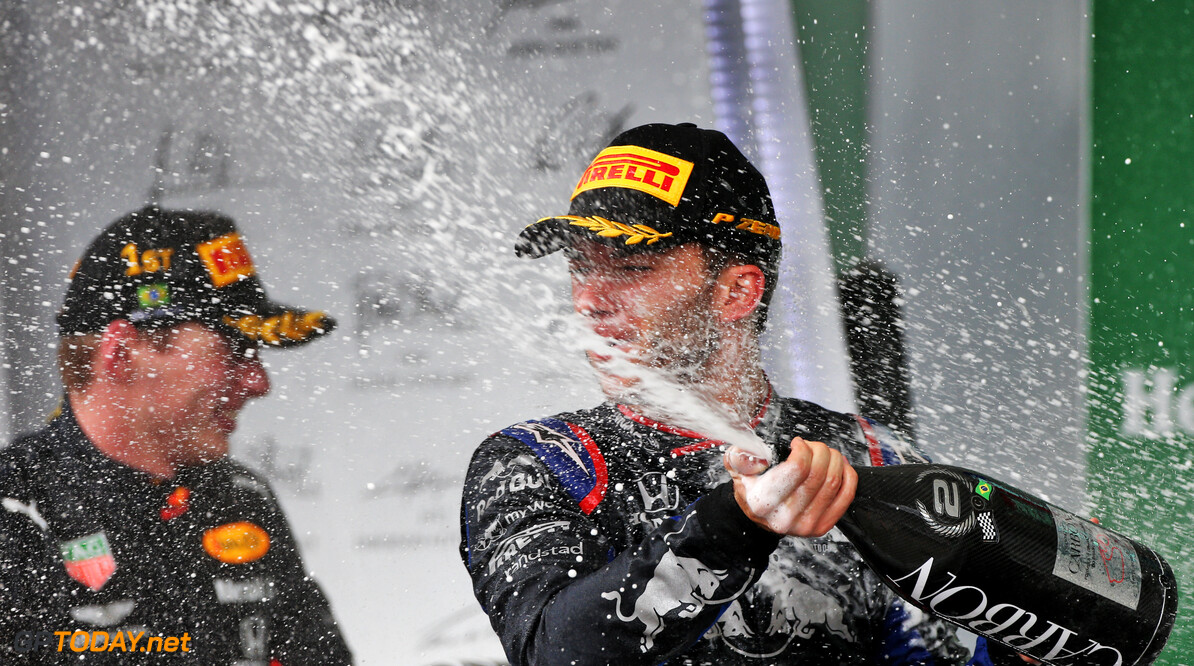 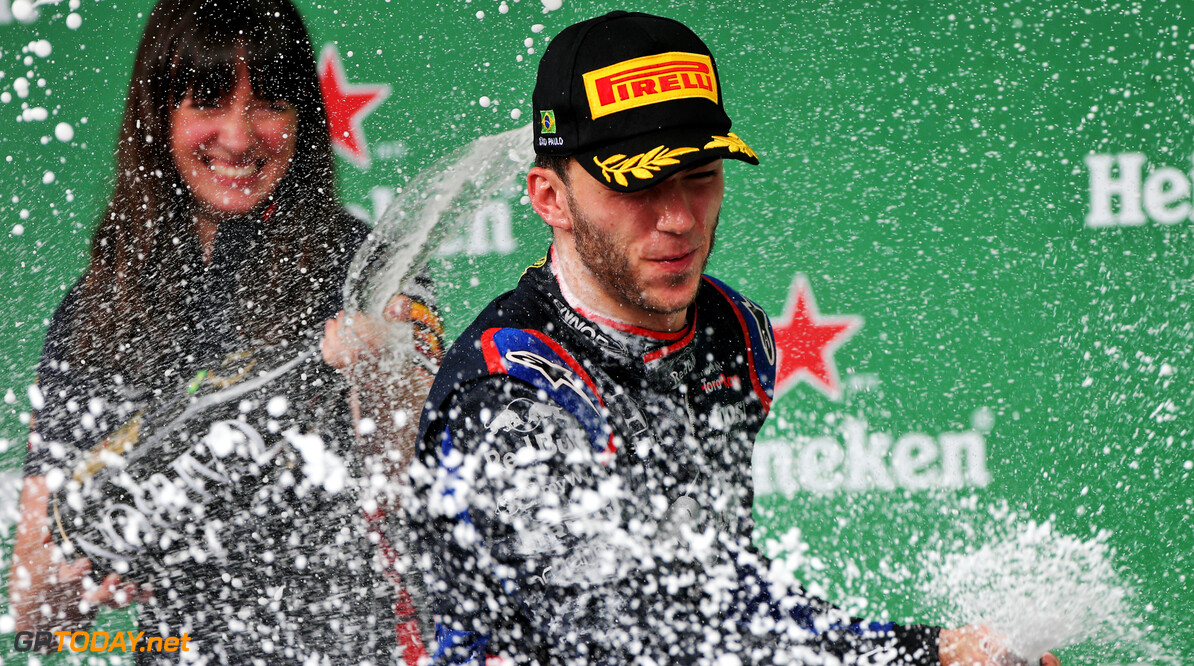 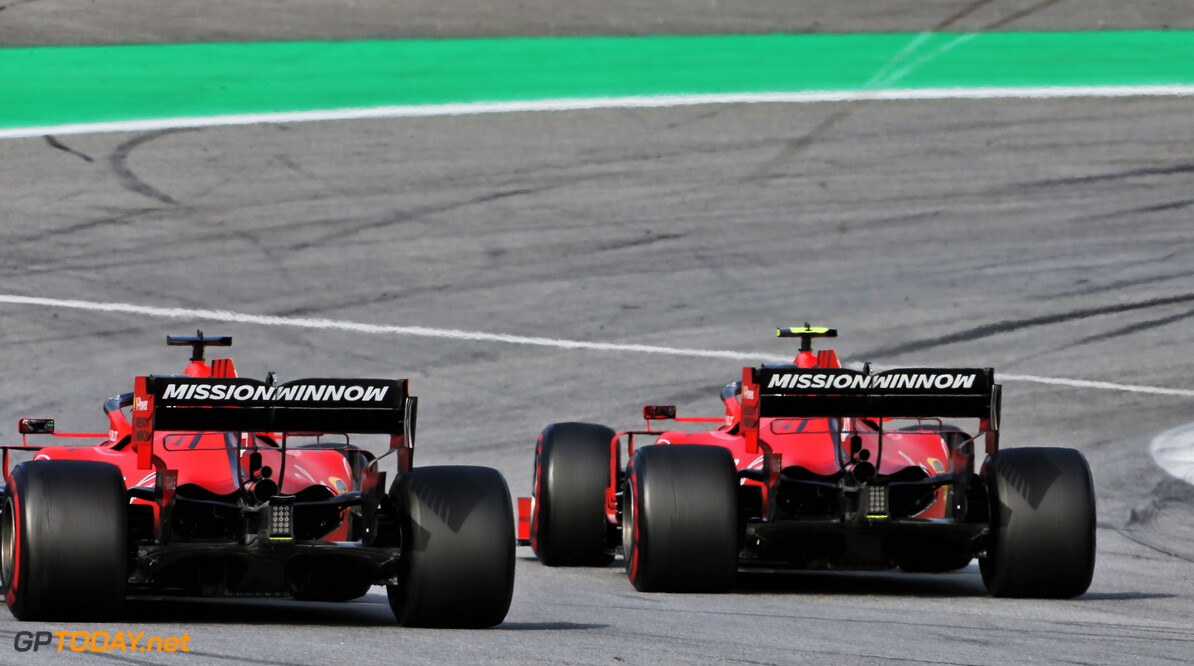