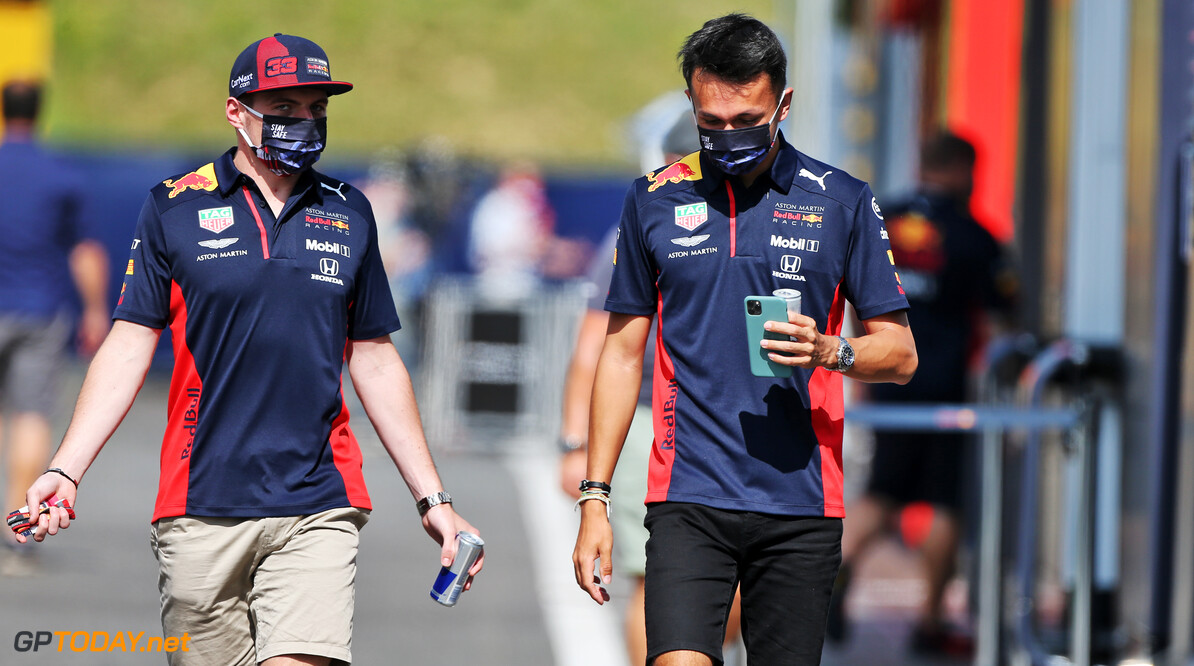 Max Verstappen and Alex Albon have commented on a poor weekend for Red Bull at the Italian Grand Prix, a race which saw the team score no points.

Verstappen initially dropped places at the start, and then, as he noted after the race, he got stuck behind a number of cars and was unable to overtake or reclaim his position.

To further add to the Dutchman's woes, Verstappen suffered an issue with his power unit upon the red flag restart, prompting the team to retire the car.

"Well, the start was bad, but then we got stuck in a DRS train," Verstappen explained.

"You can't pass, You're just following, which I mean of course it was all going well but the start completely destroyed our race. From there onwards, we had the red flag and then the restart and immediately afterwards I had a problem with the engine.

"We don't know what exactly yet [was the problem], but we had to retire the car. We had a lot of different [engine] positions, but nothing worked."

There was also trouble on the other side of the Red Bull garage for Albon, who also slipped down the order after contact with eventual race winner Pierre Gasly at the first corner.

A further incident with the Haas of Romain Grosjean saw the Thai driver put under investigation but eventually limped his damaged car home to a disappointing fifteenth position.

"Yeah, I don't know how much, but we were [damaged]," Albon commented.

"We will check it out with the guys because obviously it was a long race for us. We just didn't have any grip. We definitely had damage and I will see what the team has to say because it wasn't a fun race.

"It was a tough weekend for us as a team. Without the circumstances, it was always going to be tough but it was a better day for AlphaTauri so well done to those guys. We will just put our head down and focus for Mugello."