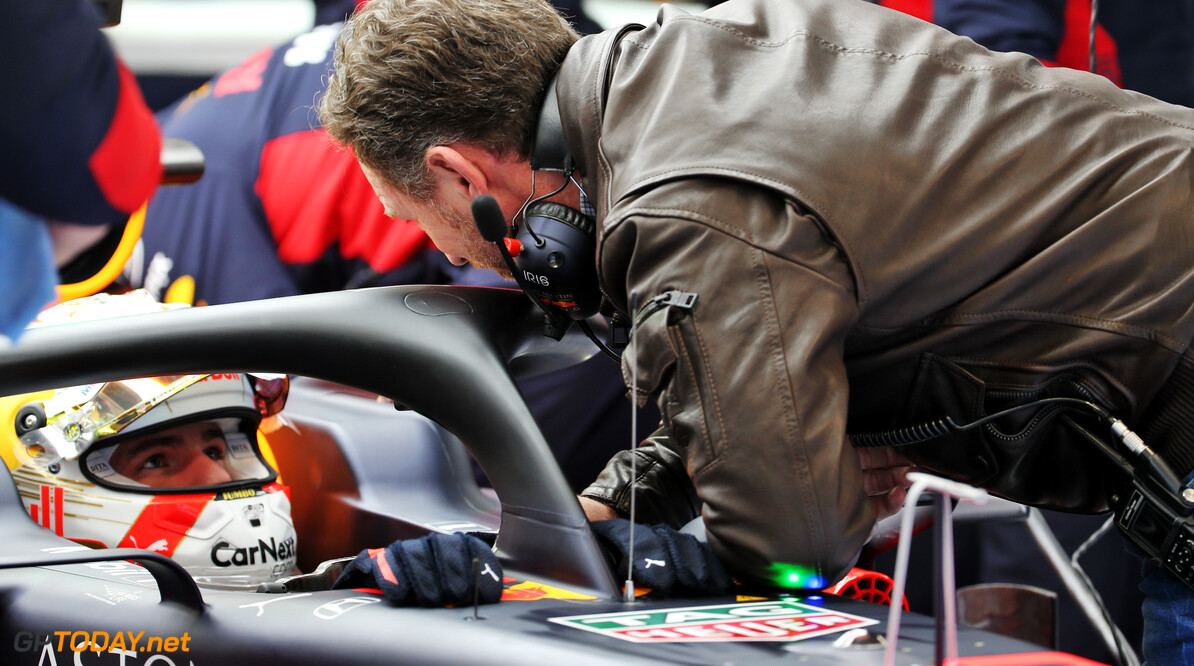 Horner backs Verstappen as an 'outside chance' for 2020 championship

Red Bull team principal Christian Horner has marked driver Max Verstappen as one with an 'outside chance' on the 2020 championship.

Verstappen has been the constant challenger to Mercedes so far this year, finishing on the podium in every race this year so far apart from the season opener in Austria in July.

Verstappen is also the only non-Mercedes driver to win a race this year so far, taking the win at the 70th Anniversary Grand Prix in August after beating both Lewis Hamilton and Valtteri Bottas to the line, as the pair struggled with tyre blistering on the Silverstone circuit.

Horner explained how he can see how Verstappen still has a chance at the title this year, claiming Verstappen and the team were the outsiders for the title since the Austrian Grand Prix.

Horner noted how, despite the dominant form shown from Mercedes in the opening seven rounds so far this year, Max's consecutive string of podiums has him ahead of Mercedes driver Bottas in the standings at the moment.

“I think we’ve been the outside bet since the Austrian Grand Prix, the first one,” Horner told MotorsportWeek.com

“And, you know, we continue to be an outsider and have an outside chance in this championship.

“It’s not quite at the halfway point even yet. So it’s a weird old year and things can change but it’s going to have to be quite a change obviously from what we’ve seen so far.

“I mean they’ve [Mercedes] been extremely dominant [in Belgium], but that’s Max’s sixth consecutive podium, he is still second in the Drivers’ Championship.

“It’s a very strong performance on that side we just need to find some more performance to hopefully take the fight to them.”