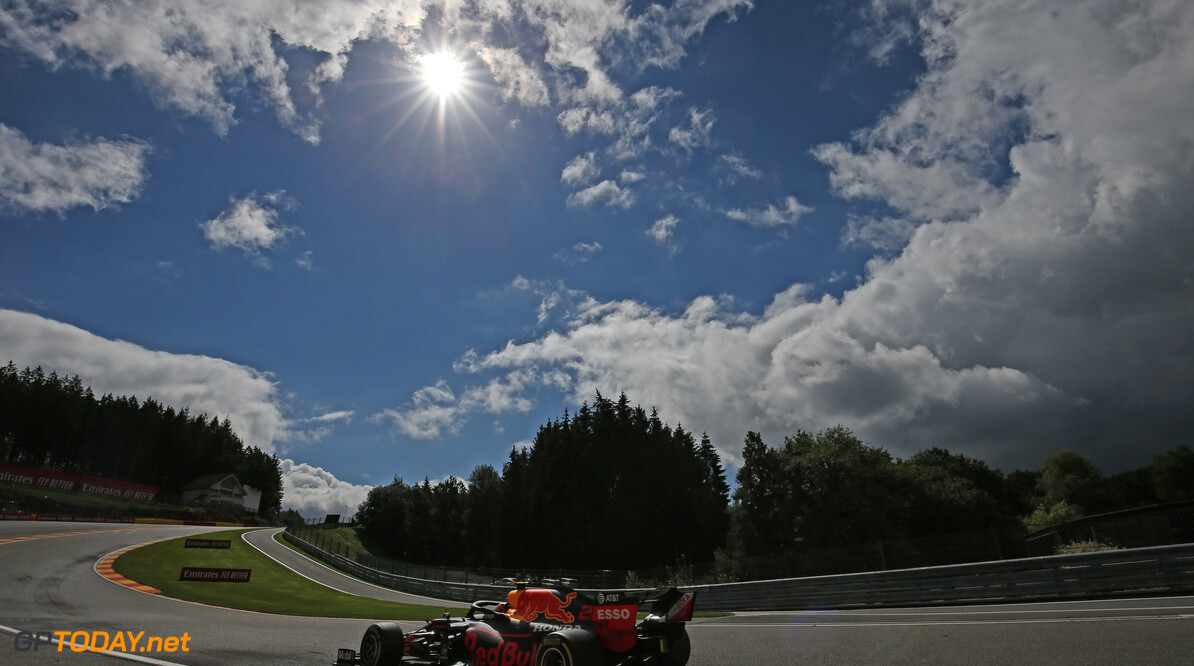 Verstappen: Not an interesting race, but P3 better than nothing

Mam Verstappen has said his race was boring on the way to third position during this afternoon's Belgian Grand Prix, saying there was not much more he could have done during the race.

Verstappen finished third despite closing in on Mercedes' Valtteri Bottas after the first round of pit stops, but in the closing stages ran out of tyres and was being closed down rapidly by the Renault of Daniel Ricciardo.

Speaking after the race, Verstappen explained how he was not confident of the grip on the medium tyre but looked to close down on Bottas for second, but the Finnish driver quickly pulled away from any threat.

"It was pretty boring to be honest, not really interesting and not much to do," Verstappen said.

"I couldn't really keep up with them when they were pushing and then from my side, I ran out of tyres at the end. So the last eight laps, I was just dragging it out and saving the front tires.

"It was not really enjoyable out there today. On the medium, I didn't really have a lot of grip and then on the hard tyre I was initially trying to put a bit of pressure on Valtteri and then they told him to speed up so I couldn't really keep up.

With the top three drivers suffering from tyre wear at the end of the race, Verstappen noted how the team were worried about making a potential two-stop strategy, due to how close Ricciardo was keeping to the top three and how quick the Renault has been all weekend on the straights.

"I was not sure with their top speed if I would be able to pass so I just stayed out," Verstappen added.

"I was really close to a puncture but we finished P3. More than that was not possible today. Maybe it's not the most satisfying P3 but it's better than nothing."